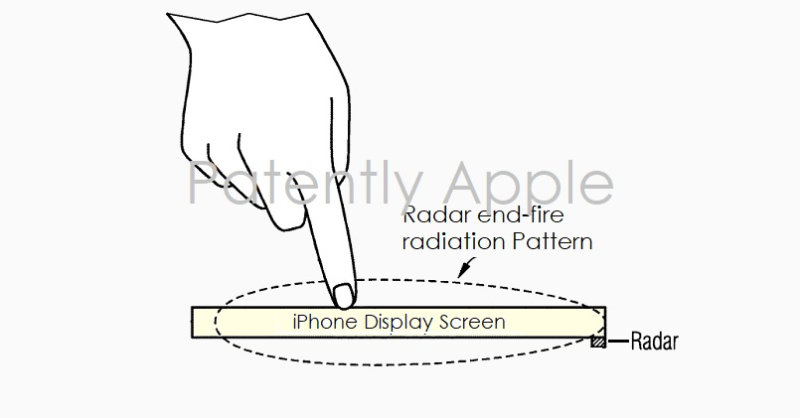 Today, the US Patent & Trademark Office published a patent application from Apple that relates to the use of radar technology in future iPhones and beyond that replaces touch displays.

According to Apple, the thickness would be less than those using on-cell or in-cell technology. It's believed that the iPhone 12 higher-end models will use on-cell displays from Samsung.

Furthermore, through adjustments to a region, in which the touch may be detected, through adjustments to a temporal and/or to a spatial resolution, an energy consumption of a radar-based touch screen may be lower than an energy consumption of a capacitive touch screen. Additionally, larger touch screens may be constructed using radar technology with little or no loss to a precision of the detection of the touch.

The basic principle of at least some examples may be to eliminate the need for a touch screen sensor that covers the device screen. Rather than this, very small touch-screen radar (TS-radar) detectors may be placed on the edges under the display screen (two to four detectors. These radar detectors may be capable of determining the position of an object (human finger or any other object like a stylus pen) in X-Y-Z axis in sub-millimeter precision. 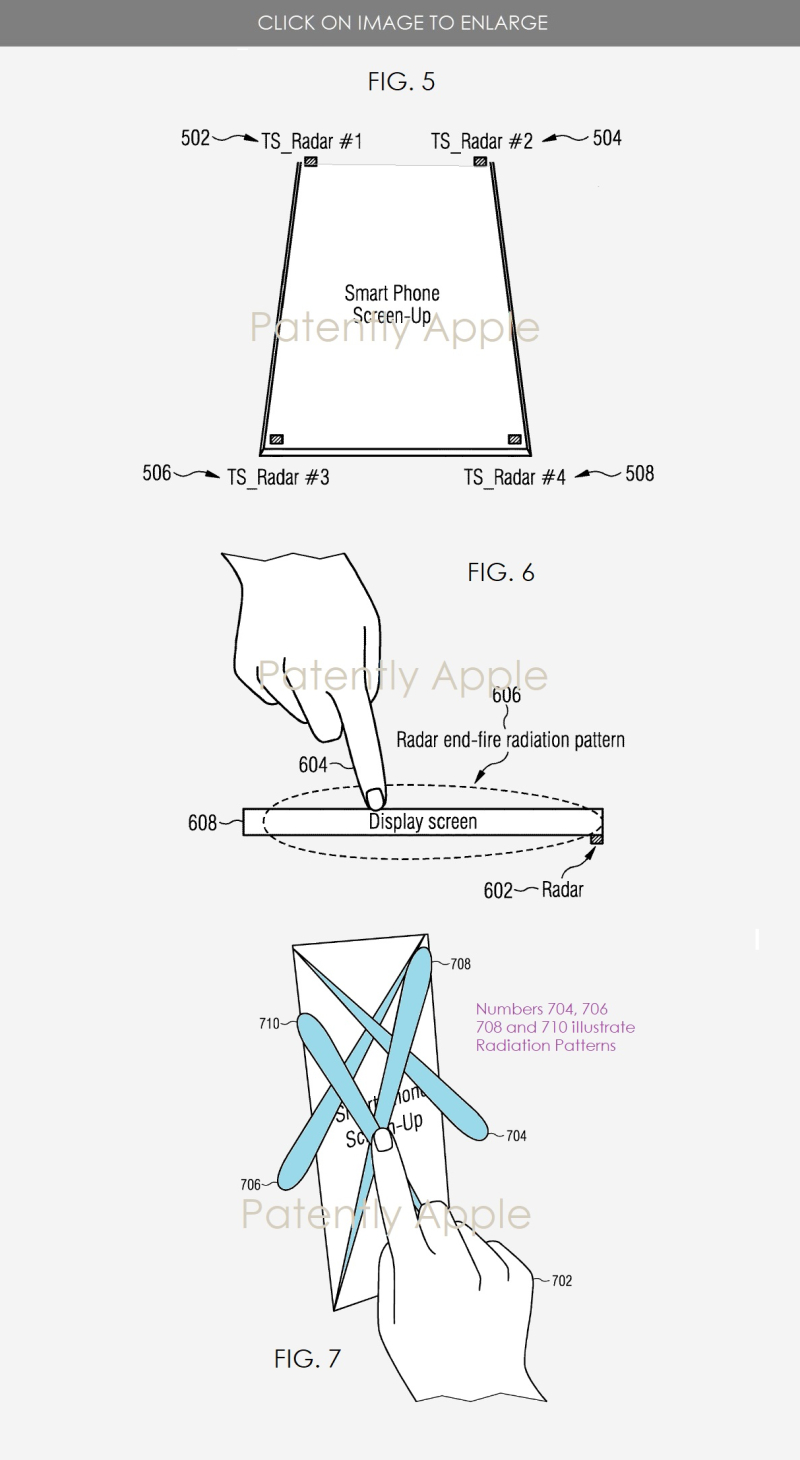 If you go by Google's patent filings, then radar can be used to introduce Air-Gesturing to control basic iPhone features.

Both of Apple's engineers who are listed as the inventors, Mr. Igal and Mr. Ofir are from Israel.