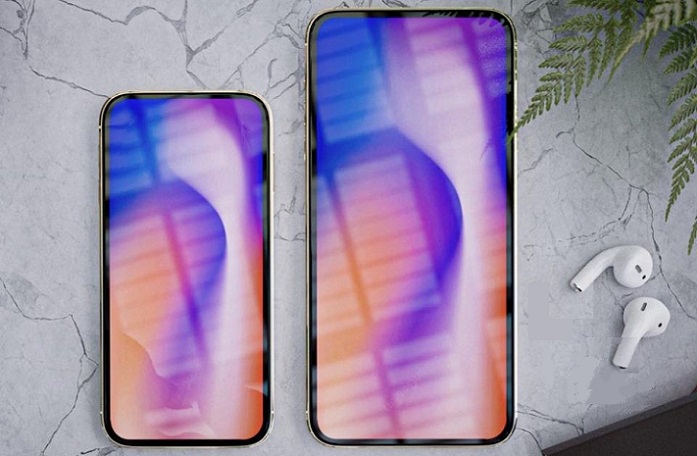 Earlier today Patently Apple posted a patent report titled "Apple Reveals more about their Under-Display Touch ID System for Future iPhones and beyond." In a second patent published today by the US Patent & Trademark Office we learn that Apple may go much further than just adding an under-display optical system for Touch ID but rather adding 2D and 3D cameras and a series of sensors under the displays so as to eliminate the iPhone notch altogether.

An under-display optical sensor may be used, for example, as a proximity sensor (or ranging sensor), an ambient light sensor, a fingerprint sensor, a camera (2D or 3D), a wireless communicator or controller, a time-of-flight (ToF) sensor (e.g., a short pulse optical source and a single-photon avalanche-diode (SPAD) detector or SPAD array), and so on. One or more optical transmitters, without corresponding optical receives, may also be positioned under a display (e.g., for providing flood illumination, a flashlight, or an optical pointer (e.g., an infrared (IR) pointer)). In some embodiments, an optical transmitter and/or receiver may be provided under a display, and an optical transmitter and/or receiver may be provided adjacent the display.

Apple's patent FIGS. 1A & 1B illustrate a future iPhone without a notch and the sensors including face cameras being behind the display as in FIG. 1B; FIG. 2A shows an elevation of the display stack and optical module #202. 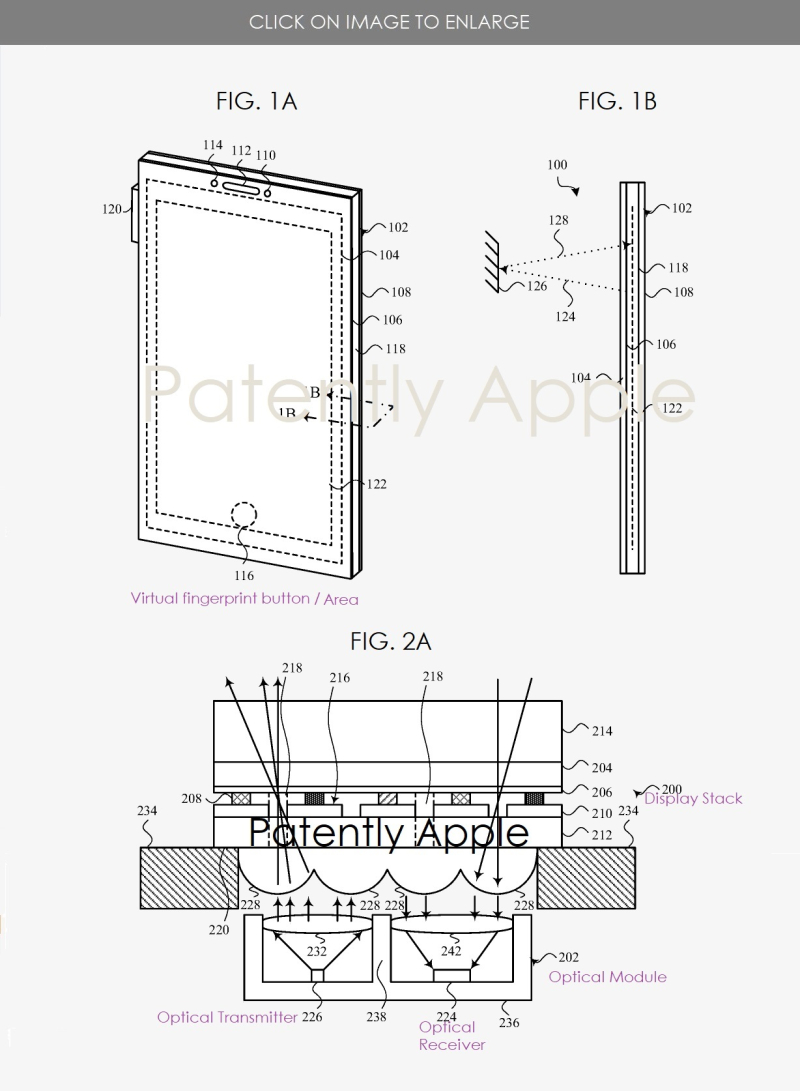 The rest of Apple's patent presents various ways of implementing the sensors under the display.

Other sensors listed to be under the display include at least one optical sensor, or an optical receiver or optical transmitter. The sensor system(s) may be configured to sense one or more type of parameters, such as but not limited to, light; touch; force; heat; movement; relative motion; biometric data (e.g., biological parameters) of a user; and so on.

By way of example, the sensor system(s) may include a heat sensor, a position sensor, a light or optical sensor, an accelerometer, a pressure transducer, a gyroscope, a magnetometer, a health monitoring sensor, and so on.

Additionally, the one or more sensor systems may utilize any suitable sensing technology, including, but not limited to, capacitive, ultrasonic, resistive, optical, ultrasound, piezoelectric, and thermal sensing technology.

Apple's patent application that was published today by the U.S. Patent Office was filed back in December 2019. Considering that this is a patent application, the timing of such a product to market is unknown at this time.