Home Archives Contact Us Subscribe Twitter MeWe Facebook Patently Mobile
Apple Conference Call Fiscal Q3 Highlights
U.S. President Trump may announce that TikTok has to be sold to a U.S. Company and the odds are that it could be …

Apple Files a Patent for a Semiconductor Laser Chip 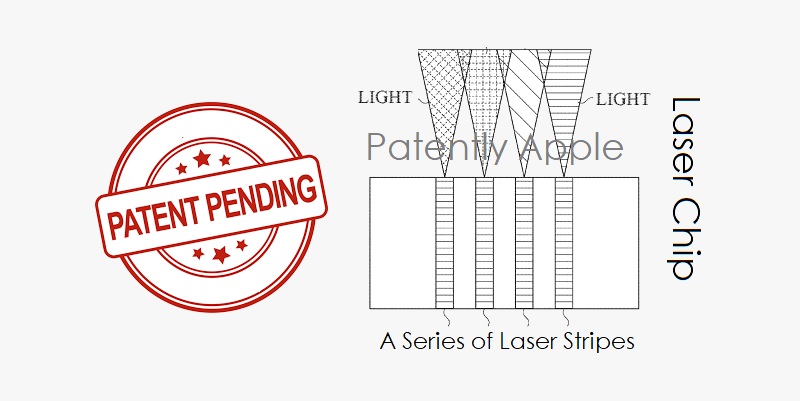 Yesterday the US Patent & Trademark Office published a patent application from Apple titled "Laser Architectures Using Quantum Well Intermixing Techniques." The patent's inventors are from Apple's engineering team responsible for designing future specialty chips for Apple products. Whether that extends to the new Apple Silicon is unknown at this time.

Bismuto is Apple's Engineering Manager & Technologist in Photonics. His bio states that he has a decade of experience in the development of gas sensors, microwave optics, new infrared technologies through to photonics and optoelectronics. A few of his core competencies include: OEM semiconductor laser design • Semiconductor Device Fabrication • IR Spectroscopy • Quantum Cascade and Diode Lasers • All-Optical Sensors • Si integration of IR lasers and more.

Arbore is an Apple System Architect which his bio breaks down into being an Optical System Architect, Innovative Optical Designer and Technical Manager. We further learned that his overall technical responsibility is for a sensor technology development project; other efforts include supporting hardware engineering and the Exploratory Design Group.

Apple's patent application patent point #26 states that their invention applies to "semiconductor lasers that can be useful for many applications, such as trace gas detection, environmental monitoring, biomedical diagnostics, telecommunications, and industrial process controls."

On Tuesday Apple was granted a patent covering gas detection and environmental monitoring. It's now clear from Tuesday's granted patent that Apple's future gas detection and environmental monitor chip isn't likely to be an off-the-shelf chip from an Apple supplier for use in future iPhones but rather one designed by Apple's engineers specifically designed for the iPhone and Apple Watch as this patent application about Laser Architectures using Quantum Well Intermixing Techniques describes.

Apple's patent claims places emphasis on a "plurality of laser stripes," by referring to this 9 times and an additional 94 times within the body of the application itself.

Apple's patent FIG. 2A below illustrates a top view of a plurality of laser stripes included in an exemplary laser chip. 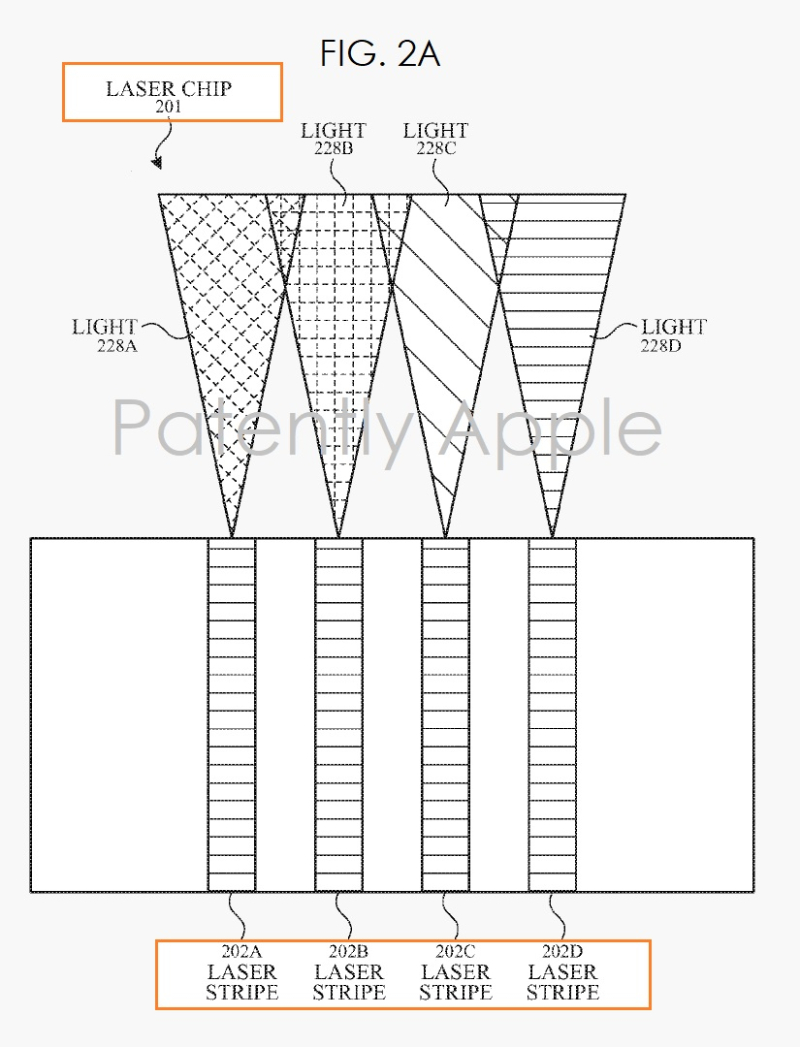 Apple's patent application states that "Various techniques and process flow steps will be described in detail with reference to examples as illustrated in the accompanying drawings."

Unless you're an engineer in very specific optical and laser fields, Apple's filing will go over most heads. For the learned or curious souls, check out the full patent application 20200244045 here.