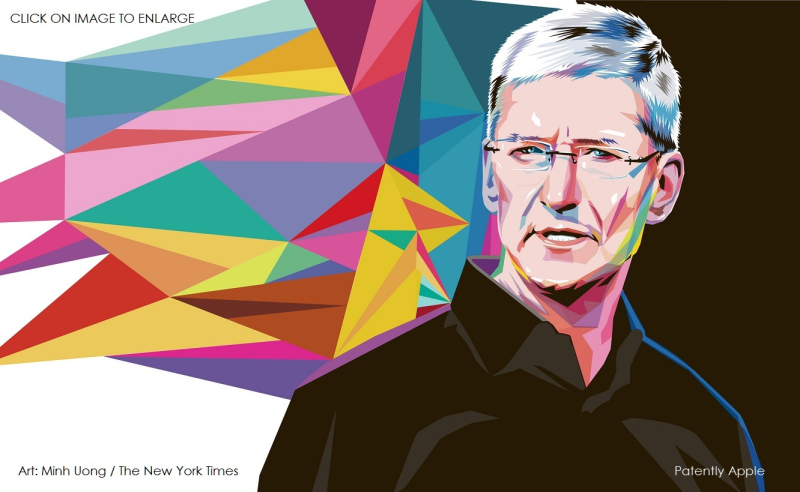 With Samsung reporting this week that their smartphones struggled in calendar Q2, many wondered if Apple would be in the same boat. That fear was quickly squashed Thursday with Apple's positive quarterly results. For Apple shareholders it was crack-the-champagne time once again as Apple announced a 4-to-1 stock split.

As successful as the quarter was, it's always good to understand Apple's success for the quarter through Tim Cook's quarterly summary and Q&A session that follows. For instance, While Apple's iPhones only grew 2% for the quarter, we learned that their premium iPhones dominated the top smartphone lists in all key markets. That was an eye opener considering that Huawei became the number one smartphone OEM in the world. More impressively was that Apple's iPhone 11 was the number one smartphone sold in urban China. Figure that one out. Other interesting tid-bits arose and have been captured in this report.

In our yesterday's report titled "Apple Delivers a Great Quarter with 11% Growth over last year and Announces a 4 to 1 Stock Split," I began with a brief commentary prior to Apple's numbers coming out by stating that "On April 30th, Apple's CEO revealed during his usual conference call summary, that unlike past Quarters, there would be no guidance provided for their Fiscal Q3 2020. So this will be interesting to see what Apple is able to deliver. One thing we do know is that Apple's iPhone sales in the second largest market in the world in Q2 grew the highest of any local OEM at 32%. Whether the good news was equally successful in other markets is unknown at this time, though we may get some answers shortly." Well, we now know that Apple's success in China was in fact the key sign for Apple delivering a winning quarter.

Tim Cook: "Due to the uncertain and ongoing impacts of COVID-19, we did not provide our typical guidance when we reported our results last quarter, but we did provide some color on how we expected the June quarter to play out.

I'd like to contextualize our results in terms of that color across each of our product categories, beginning with iPhone. iPhone revenue grew two percent this quarter. In April, we expected year over year performance to worsen, but we saw better than expected demand in May and June.

We attribute this increase in demand to several interactive causes, including a strong iPhone SE launch, continued economic stimulus, and potentially some benefit from shelter in place restrictions lifting around the world.

We expected iPad and Mac growth to accelerate, and we saw very strong double-digit growth for these devices this quarter. This remarkable performance came in spite of supply constraints on both products. We're working hard to get more iPads and Macs into customers' hands as quickly as possible, recognizing how integral they have become to working and learning from home, providing entertainment, and staying connected with loved ones."

Wearables growth decelerated as we expected, but still grew by strong double digits and set a revenue record for a non-holiday quarter. Building on powerful new features built into watchOS 7 and AirPods Pro announced this quarter, we are very excited about the many opportunities in front of us for this product category. These strong results help drive our installed base of active devices to new all-time records across each of our product categories.

Reflecting the deep integration of hardware, software, and services, services generated a June quarter record of $13.2 billion, up 15 percent year over year."

Below are just a few key points that struck me during the conference call that I wanted to pass along.

Q/Katy Huberty: And then as a follow up just specifically to iPhone, the category return to growth; as you pointed out, the installed base is larger today. Our math would suggest that replacement cycles in some cases are elongated, and then you have the affordability element that you just discussed. Is all of that combined to build confidence that we're entering a longer period of iPhone revenue growth after what's been six quarters of decline?

A/Tim Cook: "We're very pleased with how we did on iPhone. It was better than we thought, largely because, as we pointed out in the prepared remarks, May and June were much better. If you look at iPhone in totality, the things that get me very optimistic is the size of the active install base."

The breakdown of iPhone's position in various countries that Cook provided us with is rather staggering under the circumstances, as follow:

And so these are some very different geographies with very different competitive situations. And we're doing fairly well. The iPhone SE, it's also clear that from the early data, we're seeing a higher switcher number than we did in the previous year, which we feel very good about.

And it also seemed to appeal to some people that were holding onto the device a little longer because they wanted a smaller form factor phone. And so the combination of the smaller form factor and an incredibly affordable price made the iPhone SE very popular.

The iPhone 11 is still the most popular smartphone, but iPhone SE definitely helped our results. And as Lucas said in his outlook, we do see that continuing into this quarter currently."

Clearly, without the iPhone SE this quarter, Apple wouldn't have been able to enjoy their 2% growth in iPhone sales. Instead Apple would have suffered a minor loss for the quarter on iPhones. So, the timing of the SE launch is to be credited for keeping iPhone sales in the black.

Below are a few quick points derived from the conference call.

On that last point, I think that Cook is being overly optimistic as it will take time for a possible vaccine and/or therapeutic to work through the system and that won't be available in other countries at the same time.

Overall it was a fantastic quarter under he current market conditions pressured by COVID-19. The iPhone's performance in all key markets as outlined  with top-selling phones was rather surprising at their strength, even in urban China. And hearing Tim Cook's enthusiasm for Apple Silicon delivering new user experiences in the future really gets the imagination rolling and hyped up. While blockbuster improvements may take a year or two to work their way to market, the journey begins in Q4.