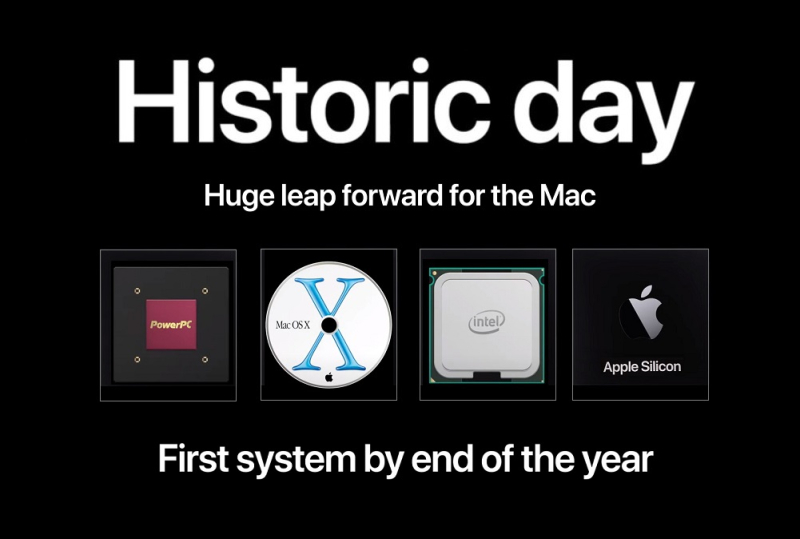 Early this morning Patently Apple posted a report titled "A Trademark Filing for 'Apple Rosetta' was recently made by Apple in Japan for 'Translation Software' likely Aimed for ARM based Macs. It was the confirming piece of the puzzle that today was the day that Apple was going to introduce their transition to ARM processors that Apple is categorizing as "Apple Silicon."

Our earlier report even posted a photo of the late Steve Jobs introducing Rosetta with almost the same words as used in today's announcement of Rosetta 2 being about running existing apps and it being transparent to users. The three tools for assisting developers make the transition to Macs on Apple Silicon, Apple pointed to Universal 2, Rosetta 2 and Virtualization.

As much as I appreciated learning about what's coming to iOS 14 and Apple's other operating systems, it was only the last announcement about Apple Silicon that perked me up.

According to Apple, developers can start building apps today and the first system  with Apple Silicon will ship by year’s end, beginning a two-year transition.

For those wanting to get to the heart of the historic leap for the Mac with Apple's own Silicon, we're presenting that segment of the keynote by itself in our first video below. The video begins as Tim Cook introduced this major shift forward.

The Shift to 'Apple Silicon' for Macs

Apple's press release on the transition to Apple Silicon can be found here.

In the full WWDC20 keynote Apple provides developers and users with highlights of  their all-new iOS 14, iPadOS 14, and watchOS 7 and the entirely reimagined macOS Big Sur. Each massive update transforms the experience of user's favorite devices, giving them the power to do more of the things they love like never before.

On Saturday we pointed to Apple was likely to introduce a new "Sleep Tracking" app. Instead Apple will be rolling this new feature into Apple's general "Health App." Apple also introduced a new translation app with Conversation mode which may come in handy when on holidays. 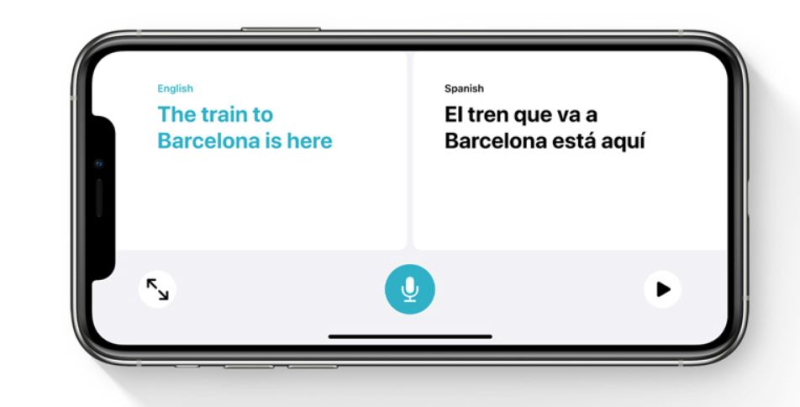 Apple's software is what makes Apple's iPhones the top selling models in the world while also keeping Apple Watch and iPad number one globally.  It's Apple's many new in-depth software features that should ensure that their devices remain number one for yet another year. 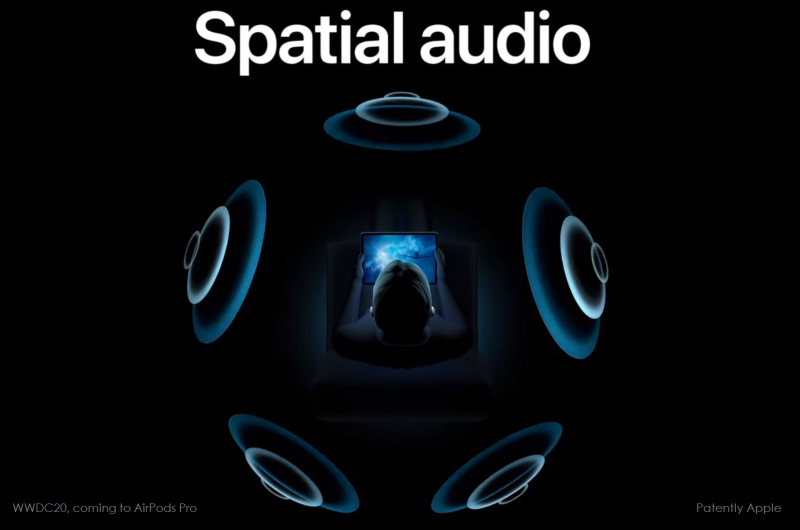 Lastly, Apple introduced a feature coming to AirPods Pro called 'Spatial Audio.' This first may land on Apple's AirPods Pro but will eventually extend to the HomePod and beyond. Apple describes spatial audio in at least these three patents: 01, 02 spatial audio algorithms and 03.

Apple's Mary-Ann Ionascu, Senior Engineer, AirPods Firmware, introduced several new features coming to AirPods Pro including 'Automatic Switching' between apps and 'Spatial Audio.' The video below is cued up to start exactly as Ionascu begins her keynote segment at the 45:00 minute mark for two minutes.