As Apple's R&D Teams continue to push the boundaries of Next-Gen Foldable iDevices, a Popular Leaker comments on an Apple Prototype 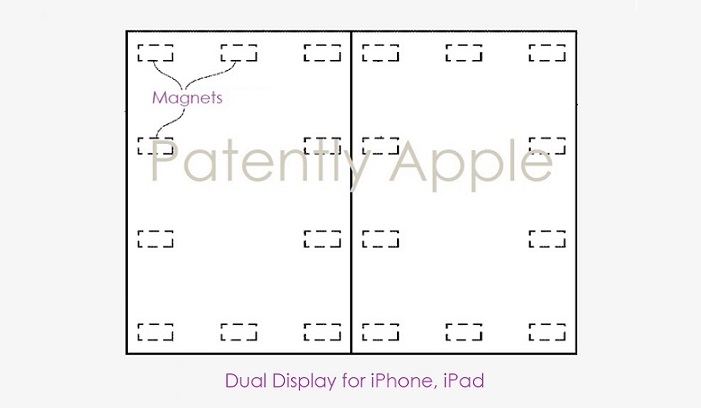 Apple's noted invention had shown to bypass the need for a hinge to hold the two displays together the way that Microsoft's Neo dual tablet does. Instead Apple is contemplating the use of a new magnet-centric system which would allow the displays to be connected side-by-side and more. Apple has shown to be covering multiple form factor concepts from a large flexible screen folded, to using dual displays with a hinge and now a system of keeping the displays held together by using a system based purely on magnets.

Today, Leaker, tech analyst and professional asshole, according to John Prosser's own brief bio, has tweeted out about a foldable iPhone prototype that he's seen that uses dual displays.

The current prototype has two separate display panels on a hinge.

Prosser's shot in the dark statement about a dual display iPhone prototype that he's seen equates to very little as he presents no time frame, no photo or fake CAD drawings to give his tweet any value. Yet perhaps Jon is preparing a new video where he'll expand on his theory and perhaps provide us with colorful fake CADs to at least make it an interesting rumor. Stay tuned.