Apple wins a Patent for Future Foldable devices like an iPhone, iPad or MacBook that uses next-gen Fabric Hinges 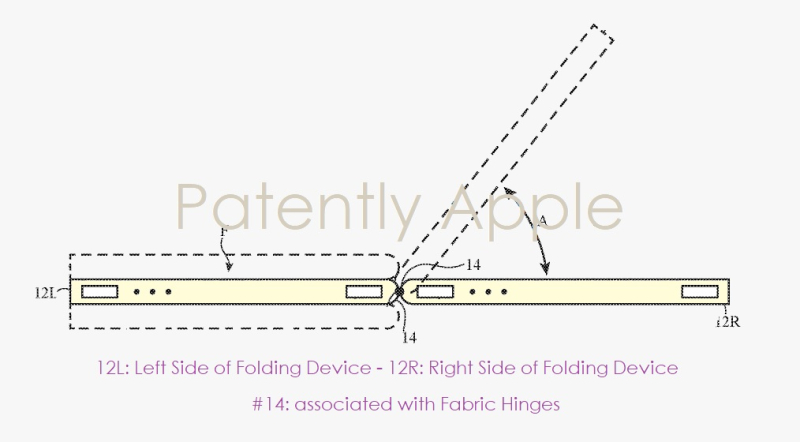 Today Apple was granted a patent by The U.S. Patent and Trademark Office for yet another new idea of using fabric hinges that could apply to designs for a possible dual display iPhone and/or iPad Pro, a MacBook or MacBook-like device along with future accessories including folio types.

Apple notes that hinges such as hinges for laptop computers have interlocking metal parts. These parts can be bulky and unattractive. Covers for devices such as tablet computers may have structures formed from flexible layers of material. A flexible layer of material such as a plastic sheet may be sufficiently flexible to allow a cover or other item to bend over a desired range of angles, but provides limited control and stability.

Apple's invention relates to items relating to mobile devices that may or may not have dual displays. The invention could apply to a future iPhone (cellular phone), an iPad (tablet), a MacBook (laptop computer) an accessory and more that can use fabric hinges.

Apple's patent FIG. 1 below is a schematic diagram of an illustrative item such as an iPhone or iPad with a fabric hinge. Housing portions #12L and #12R may have surfaces #14 that bear against each other during rotation. These mating surfaces #14, which may sometimes be referred to as bearing surfaces or hinge surfaces, may have curved profiles or other suitable profiles that allow the housing of device 10 to fold on itself in a front-to-front and/or rear-to-rear configuration (if desired). A single hinge axis  #16 is shown in FIG. 1, but item #10 may, if desired, have two, three, or more than three hinge axes and associated fabric hinges. 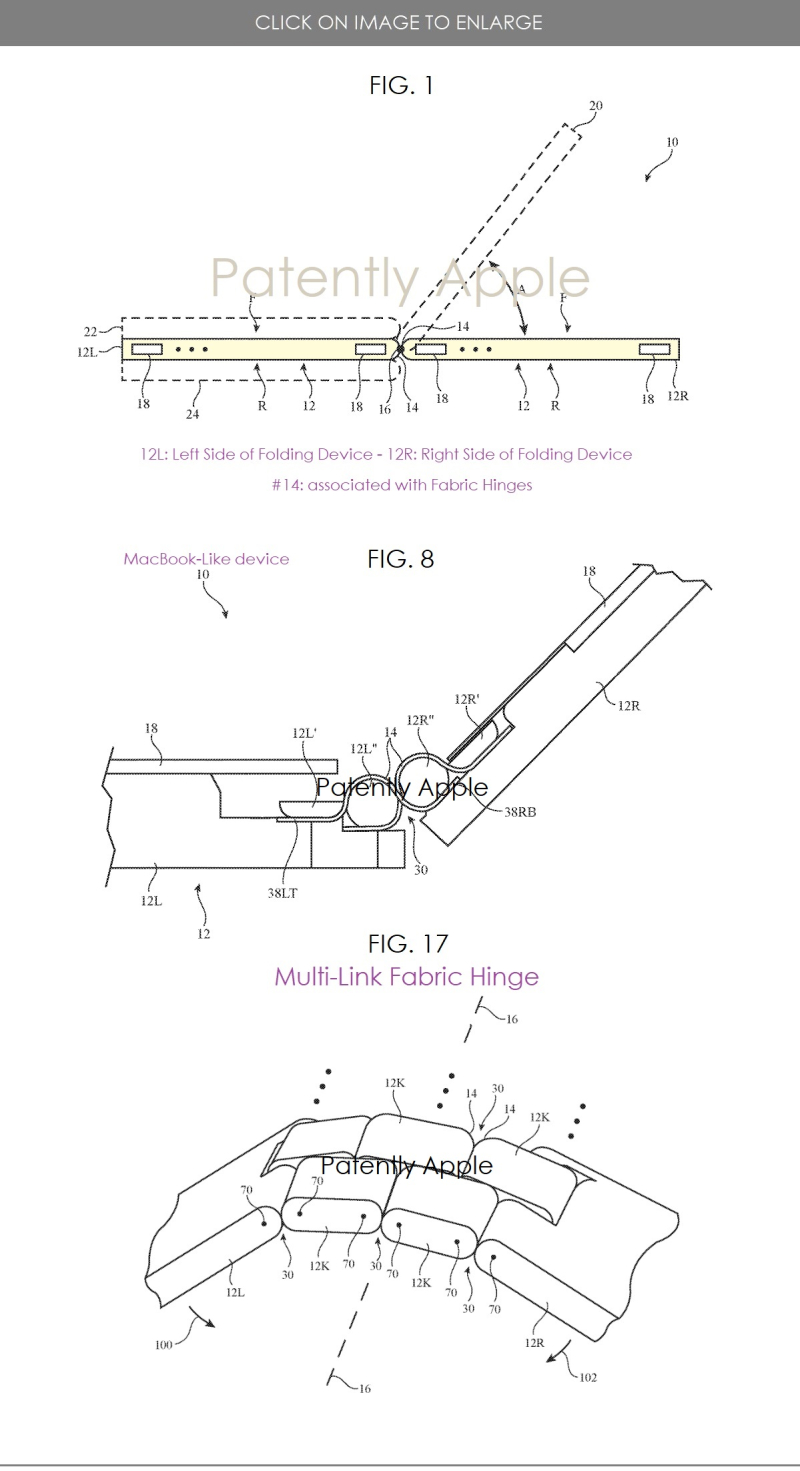 Apple's granted patent 10,683,591 was originally filed in Q1 2019 and published today by the US Patent and Trademark Office.