In late April, Patently Apple posted a report on future 5G technology as it relates to 5G iPhones with Millimeter and Centimeter Wave Communications. Today, the US Patent & Trademark Office published a patent application from Apple that continues on this very same theme and even shares some patent figures from the previous patent in April while introducing new images and aspects of the technology. The two patents combined provide techies with a better overview of Apple's 5G antenna setup.

It would therefore be desirable to be able to provide electronic devices with wireless circuitry that supports millimeter and centimeter wave spatial ranging operations at relatively high bandwidths. 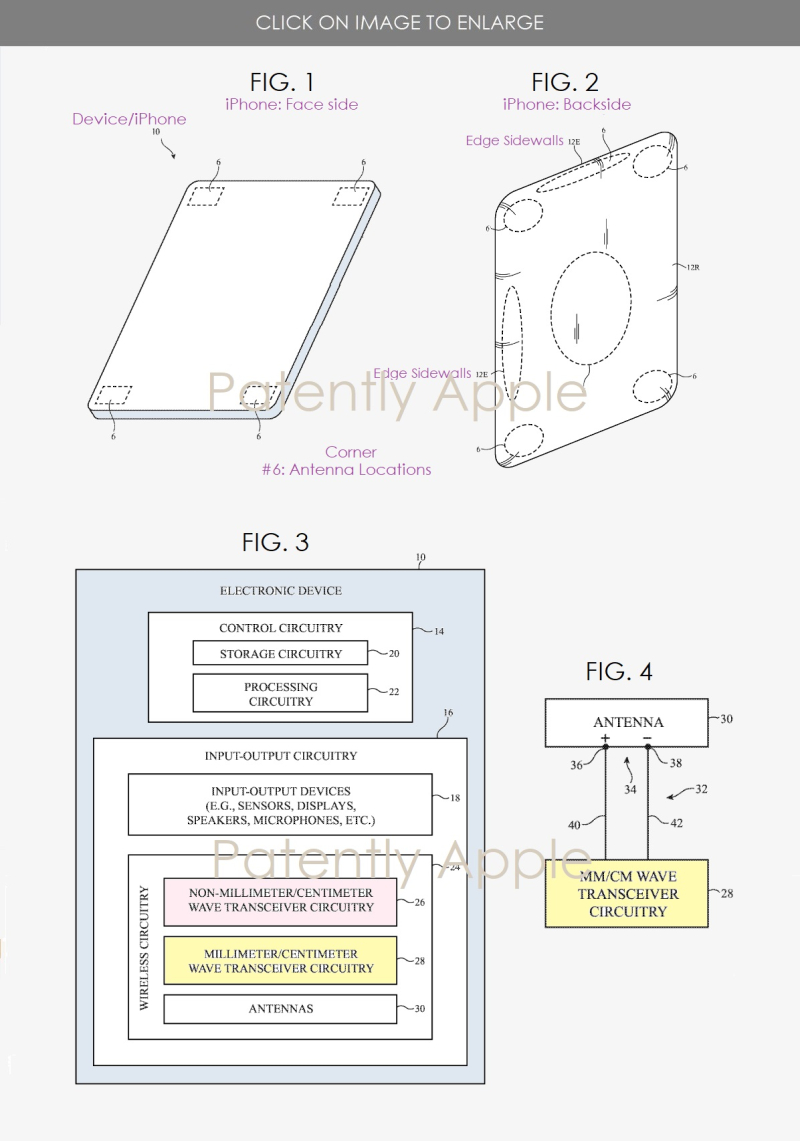 Apple's patent FIG. 3 above is a schematic diagram of an iPhone with wireless circuitry and especially indicating the use of both Millimeter (MM) and Centimeter (CM) wave transceiver circuitry. FIG. 4 is a schematic diagram showing how illustrative millimeter and centimeter wave transceiver circuitry may be coupled to an antenna using a radio-frequency transmission line in accordance with some embodiments.

Apple's patent FIG. 5 below shows how antennas #30 for handling radio-frequency signals at millimeter and centimeter wave frequencies may be formed in a phased antenna array. 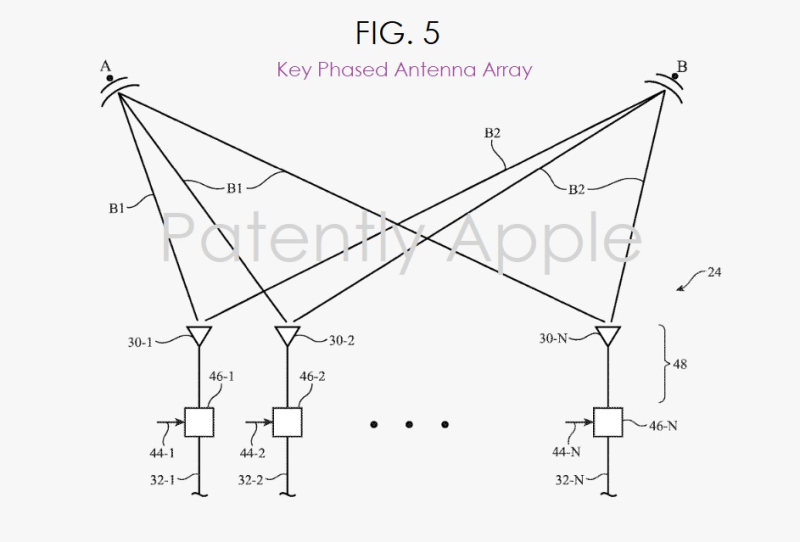 For those wanting to dive deeper into a segment of Apple's 5G antenna construction, click here. Considering that this is a patent application, the timing of such a product to market is unknown at this time.

For the record, USPTO published another patent application today for Apple titled "Eye and Head Tracking." Although the patent filing doesn't register itself as a "continuation patent" it is by having been granted last year. Apple has made some tweaks to their legal patent claims but not worthy writing a report about it. In late December 2019 Patently Apple covered this as a granted patent titled "Apple wins a an Advanced 3D Face ID System using an Eye Tracking System and more." If you're interesting in knowing what this patent is all about, then be sure to check out our December report here.