Home Archives Contact Us Subscribe Twitter Facebook Patently Mobile
Apple Wins a patent for the original Entry-Level glasses that supports a modern iPhone as its Display
Apple wins a Patent for Future Foldable devices like an iPhone, iPad or MacBook that uses next-gen Fabric Hinges 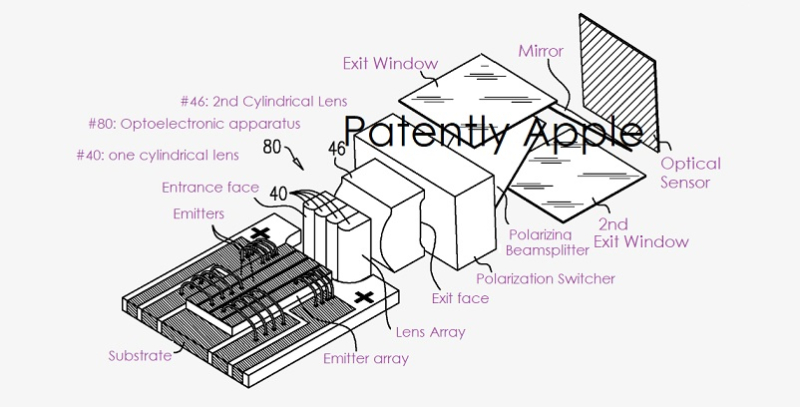 The U.S. Patent and Trademark Office officially published a series of 43 newly granted patents for Apple Inc. today. In this particular report we cover Apple's patent behind a future version of their TrueDepth camera used for 3D mapping of scenes including the Face. The patent covers an improved dot or pattern projection system.

The invention provides a compact optoelectronic apparatus featuring a spatially multiplexed light source that includes an enclosure with an array of emitters of beams of optical radiation, projection optics, a polarization-based spatial multiplexer, and a controller contained in the enclosure. (The terms "optical radiation" and "light" as used in the present description and in the claims refer generally to any and all of visible, infrared, and ultraviolet radiation.) 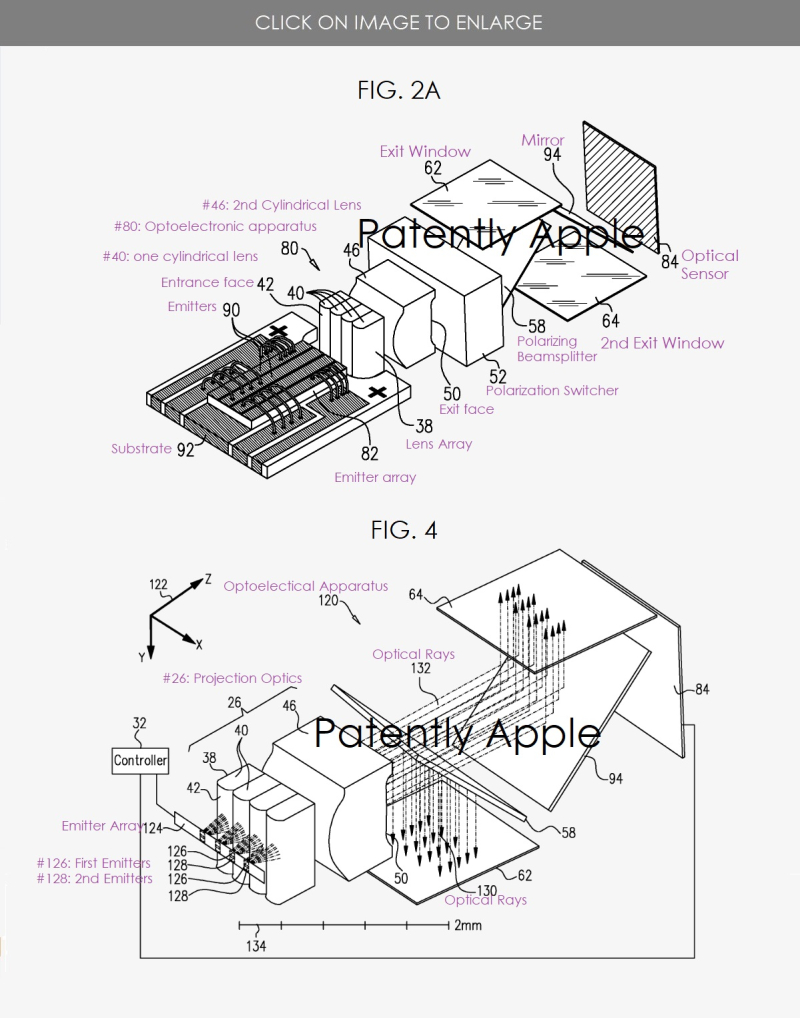 Apple's granted patent 10,686,548 was originally filed in Q3 2019 and published today by the US Patent and Trademark Office. Apple's sole inventor is listed as Neil MacKinnon, a Sr. Optical Engineer that's been with Apple since 2012.