Today the US Patent & Trademark Office published a continuation patent of interest from Apple that relates to a future "scrollable" iDevice.

Today's patents are not new invention applications but rather what are known as "continuation patents" wherein Apple is updating and/or adding specific technology, features and/or methods that they want to legally extend into their current granted patent. Any changes and/or additions to this invention is restricted to Apple's patent claims.

Apple was granted a patent for this invention back in March and you could review our report here for details. Apple has been working on this project since 2016 with two past inventions on this concept here: (01 and 02).

As a refresher Apple's patent FIG. 2 below is a perspective view of a scrollable device having a flexible display extended between two housing structures; 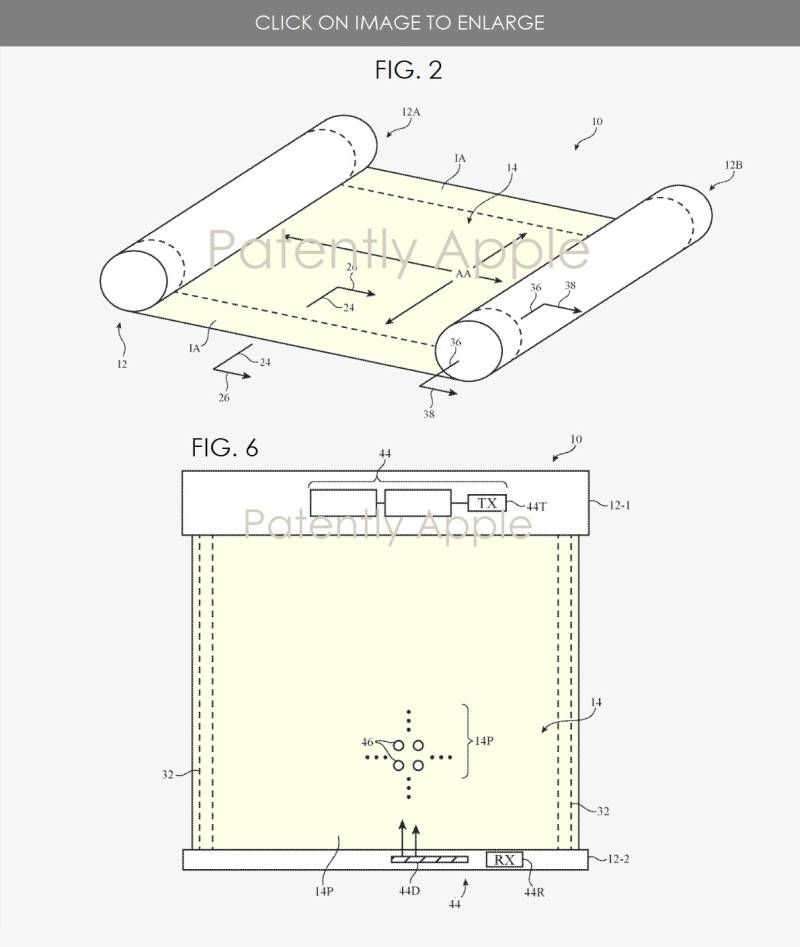 Apple's engineering team have updated this invention to include the use of a metal support structures and more as noted in the patent claims below as follows:

Claim #15. The electronic device defined in claim 14 wherein the metal support structures are configured to maintain the flexible display at a vertical angle relative to the housing.

Claim #16. The electronic device defined in claim 15 wherein the metal support structures are bistable and are configured to wrap around the roller when the flexible display is in the rolled state.

Claim #18: The electronic device defined in claim 17 wherein the electronic component is selected from the group of components consisting of: an integrated circuit and a battery.

Apple's continuation patent 20200196460 that was published today by the U.S. Patent Office was filed back in Q1 2020. Considering that this is a continuation patent, the timing of such a product to market is unknown at this time.

Update 3:47 p.m.: In humor mode, Bloomberg's Mark Gurman tweeted that Apple's device is like an "iTorah," a reference to the Torah that has been used in Jewish Synagogues for centuries.