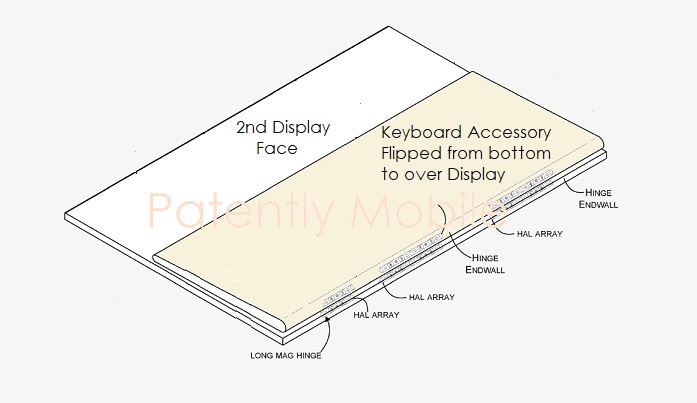 Late last month the US Patent & Trademark Office published a patent application from Microsoft that relates to new concepts of devices that could rotate relative to one another. Magnetic hinge assemblies could be utilized to bring two display devices or two device portions together with a snapping action so that they're able to be rotated relative to one another.

This is a concept that Apple first filed a patent for back in 2017 and was granted it on March 10, 2020 with one of the images directly below confirming this concept. 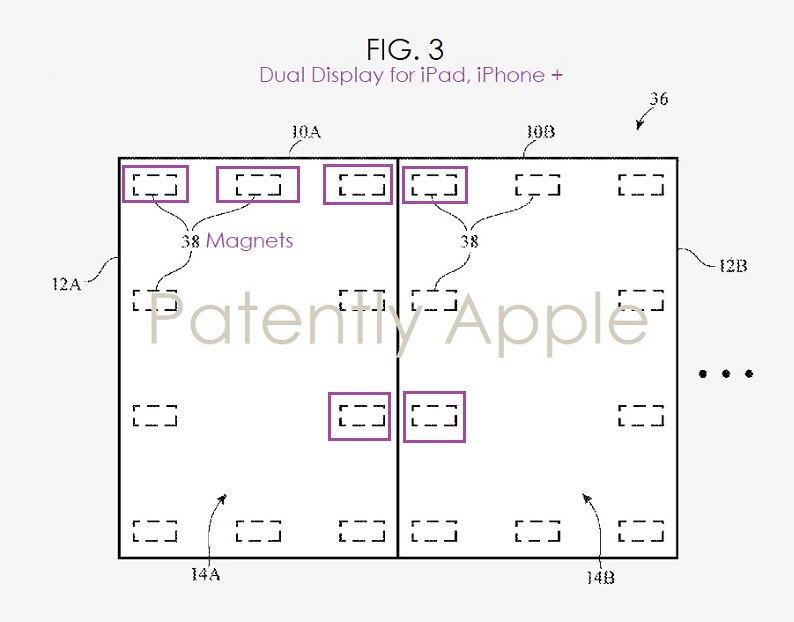 In Microsoft's version of this invention they focus on being able to have two future Surface tablet devices connected together to form a new kind of device like a future Surface Neo-like device that could double as a notebook or a two-page-like book device.

The concept also explains how the Surface Neo dual display tablet could attach a half-height keyboard that could be positioned under one of the displays and then flipped over to land on one of the tablet surfaces. If the description is still too difficult to imagine, see the Surface Neo promo video below.

What's new with this patent filing is that there isn't a permanent hinge structure holding the two displays together like the Surface Neo. The two displays are only held together with a new magnet system (not in the video) but illustrated in the patent figures below. 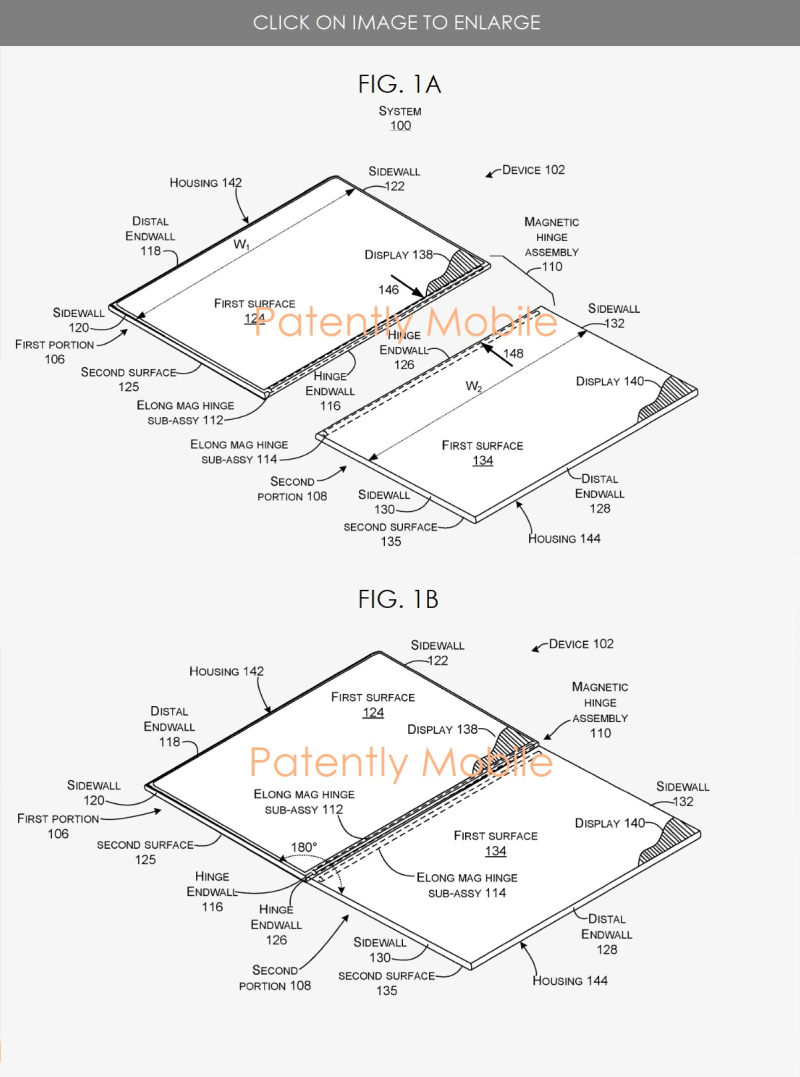 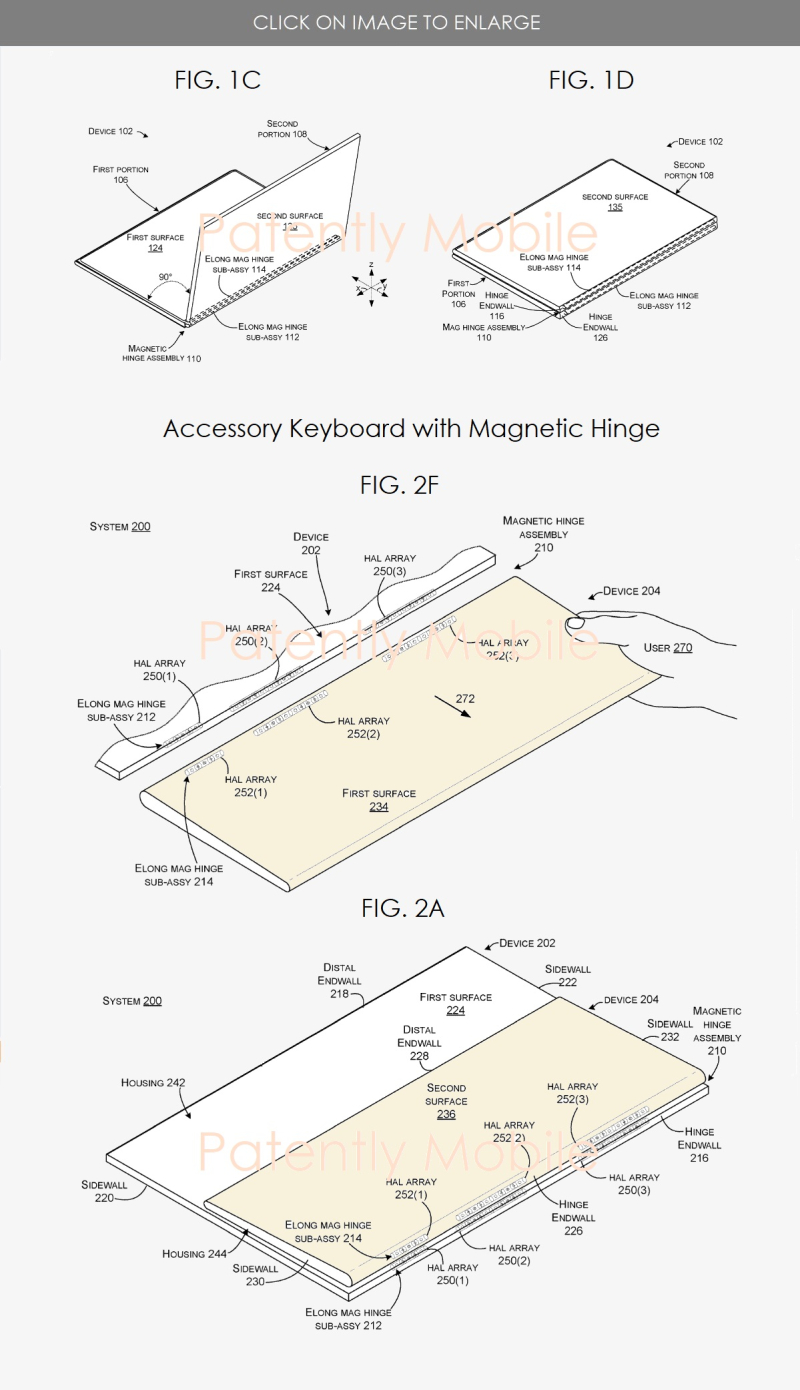 In patent FIG. 2F above we're able to see user's hand (#270) pulling the devices #202 and #204 apart by applying a force represented by arrow #272 that overcomes the magnetic forces of the magnetic hinge assembly #210; FIG. 2A shows device #202 and device #204 in a closed orientation. Figures 2A and 2F are in relation to a keyboard accessory flipping over from beneath one tablet display.

Microsoft's patent FIG. 2C below shows an elevational view of an example device; FIG. 2E illustrates positional magnets #266 and #268; and FIG. 2i shows the device rotated to a 360-degree orientation. 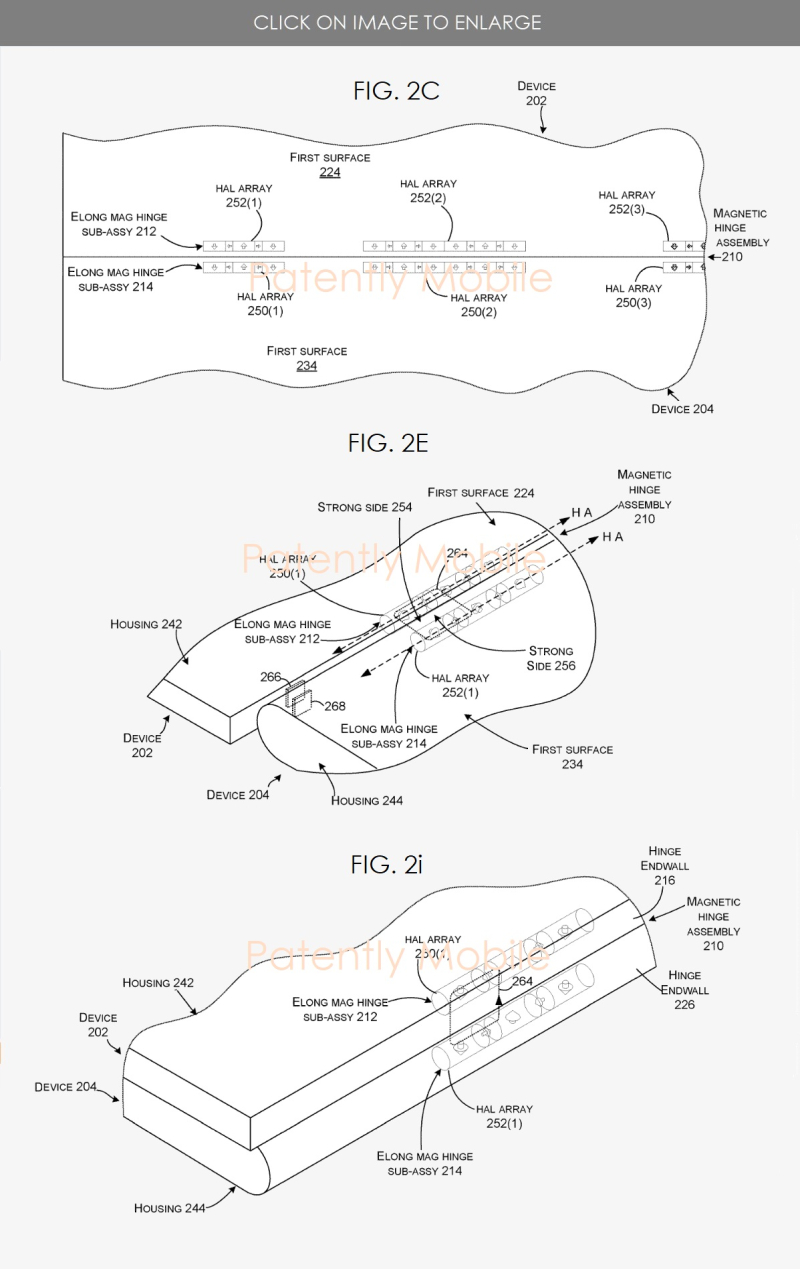 Microsoft filed for this patent in Q4 2018 and was published by the U.S. Patent Office in late May 2020.

Until large single flexible displays can be designed and manufactured so as to not show a crease in the display going from folded to open positions, especially over time, dual display devices may be the way that many tech companies will go, with Wintel leading the way. Doing away with a fixed hinge between the two displays would make the displays almost appear as one. Whether Apple or Microsoft will be able to pull this concept off in a timely manner is unknown at this time.

Though if history is our example, Microsoft may introduce such a device ahead of Apple. In 2013, Apple patented a MacBook with a detachable display acting as a tablet as illustrated below. Apple didn't want to compete with their profitable iPad and dropped the project. 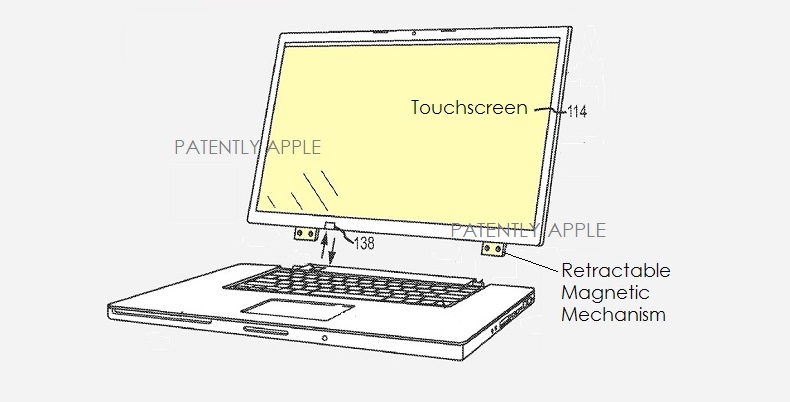 Microsoft took advantage of that and introduced their Surface Book in 2015 as presented below, copying Apple's original concept. It's not the most popular notebook out there, but a few, like product reviewer Lewis Hilsenteger of Unbox Therapy, considers it his premium notebook favorite for being  so versatile. See his review of it here. 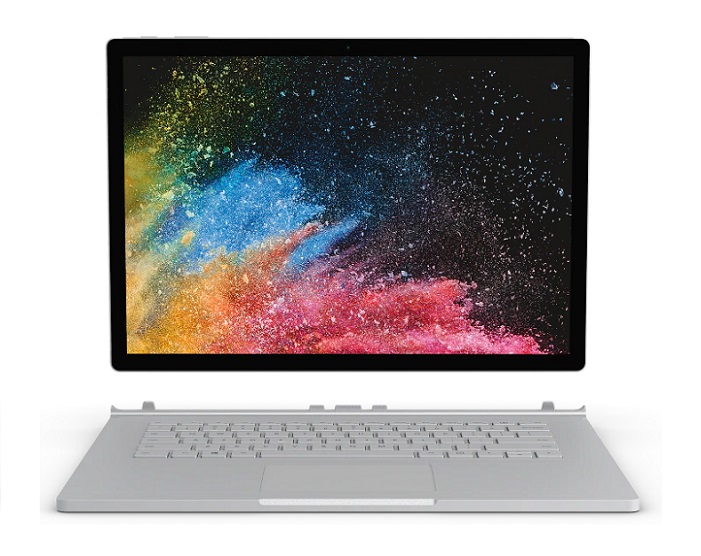