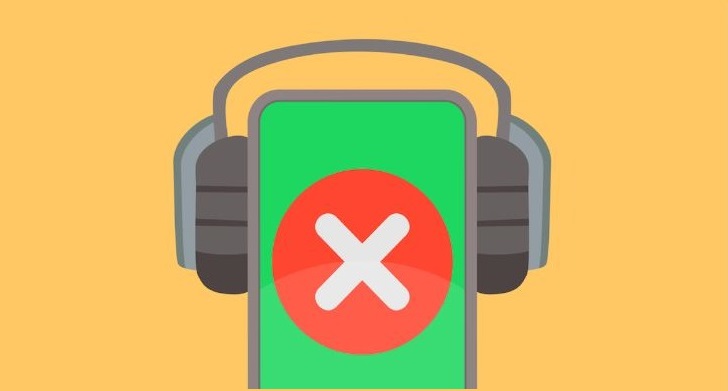 In March 2019 Patently Apple posted a report titled "Spotify has Filed a Formal Complaint against Apple with the European Commission about its Unfair Apple Store." Spotify noted some of their grievances with Apple in a statement. In-part, Spotify noted that "As an alternative, if we choose not to use Apple’s payment system, forgoing the charge, Apple then applies a series of technical and experience-limiting restrictions on Spotify. For example, they limit our communication with our customers—including our outreach beyond the app. In some cases, we aren’t even allowed to send emails to our customers who use Apple. Apple also routinely blocks our experience-enhancing upgrades. Over time, this has included locking Spotify and other competitors out of Apple services such as Siri, HomePod, and Apple Watch."

While Spotify complained over Apple's 30% commission, Apple noted in their response to the EU that "The majority of customers use their free, ad-supported product, which makes no contribution to the App Store," Apple said last March. "Even now, only a tiny fraction of their subscriptions fall under Apple’s revenue-sharing model. Spotify is asking for that number to be zero."

Yesterday Spotify's cocky CEO  stated that long term he "expects Apple Inc. to further open up its platform" a year after his company's antitrust complaint with the European Union.

Spotify's CEO has been emboldened by the fact that a mere whisper of a complaint about Apple to the EU Commissioner will have them pouncing on Apple with a threat of fining them an astronomical fine if they don't make Spotify happy.

Spotify believes that their complaint forced Apple's hand to roll out a feature for Siri last year that lets the digital assistant control music services other than Apple’s own.

Spotify told Bloomberg TV that "We’re very encouraged about being able to now finally use Siri as a way of building in voice support and also being available to build products for the Apple TV and Apple Watch, something that we haven’t been able to do until very recently."

Despite the CEO's implied claims, Bloomberg writers pointed out that it’s unclear if Spotify was actually ever prevented from launching an Apple TV app as the platform has had other music services for multiple years as App Store apps.

While Apple now provides Siri support for Spotify, it still doesn’t let users run third-party music apps on its HomePod speaker or change the default music app on iOS and iPadOS, the software that runs on the iPhone and iPad. However, Apple plans to start letting services, including Spotify, run on the HomePod as soon as later this year, according to Bloomberg.

Lastly, Spotify's CEO threw out another quasi threat by stating that "It’s moving in the right direction, but we still have many, many steps to go before" Spotify considers Apple "an open and fair platform." For more on this read the full Bloomberg report.

While Spotify want's Apple's iOS to be more like Android so that their apps could bypass Apple's App store like they could do on Android, that's not going to happen anytime soon, no matter what tantrum the Spotify CEO throws.

A How-To Geek report on the subject of Android vs. iOS, open vs. closed they noted that "On Android, you can flip a switch to install apps from "unknown sources." This lets you install applications from outside Google Play, which is Google’s app store. Even if Google doesn’t approve of an app, you can install it from elsewhere. Google is also less restrictive about apps in their own app store.

On iOS, you can only install applications from Apple’s App Store. If Apple doesn’t want to approve an app or they remove it from the app store, you just can’t use it. "Sideloading" unapproved apps require jailbreaking, which is a headache."

Back in 2017 Investor's Business Daily wrote: " If anything, the EU's attack on Google — and on Amazon, Apple and Microsoft before them — is a transparent attack on the U.S.' world-leading tech industry, which the EU can't match, and our prosperity. Instead of reforming its own socialistic and outdated industrial policies, it instead hobbles its competitors with unwarranted and possibly illegal intrusions on companies' rights to their own patents and to run their own businesses as they see fit. That European companies can't compete is their own problem.

The report concluded by stating that "Both the president and Congress should work together to put an end to this kind of abusive antitrust behavior by foreign governments." Of course Speaker of the United States House of Representatives, Nancy Pelosi, would never support such a move that would upset their socialist brethren in Europe. Too bad.