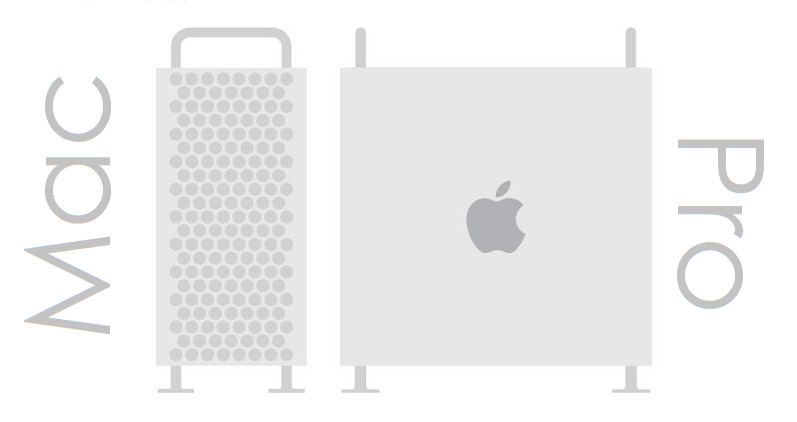 The U.S. Patent and Trademark Office officially published a series of 66 newly granted patents for Apple Inc. today. In this particular report we briefly cover Apple's patent for the new Mac Pro Tower based on a tubular Architecture.

While you can see all the marketing wonders of the new Mac Pro on Apple's website from performance, expansion and configurability. One of the last product videos from Jony Ive, Apple's Chief Design Officer, was on the Mac Pro's Architectural design which is what Apple's granted patent was for today. 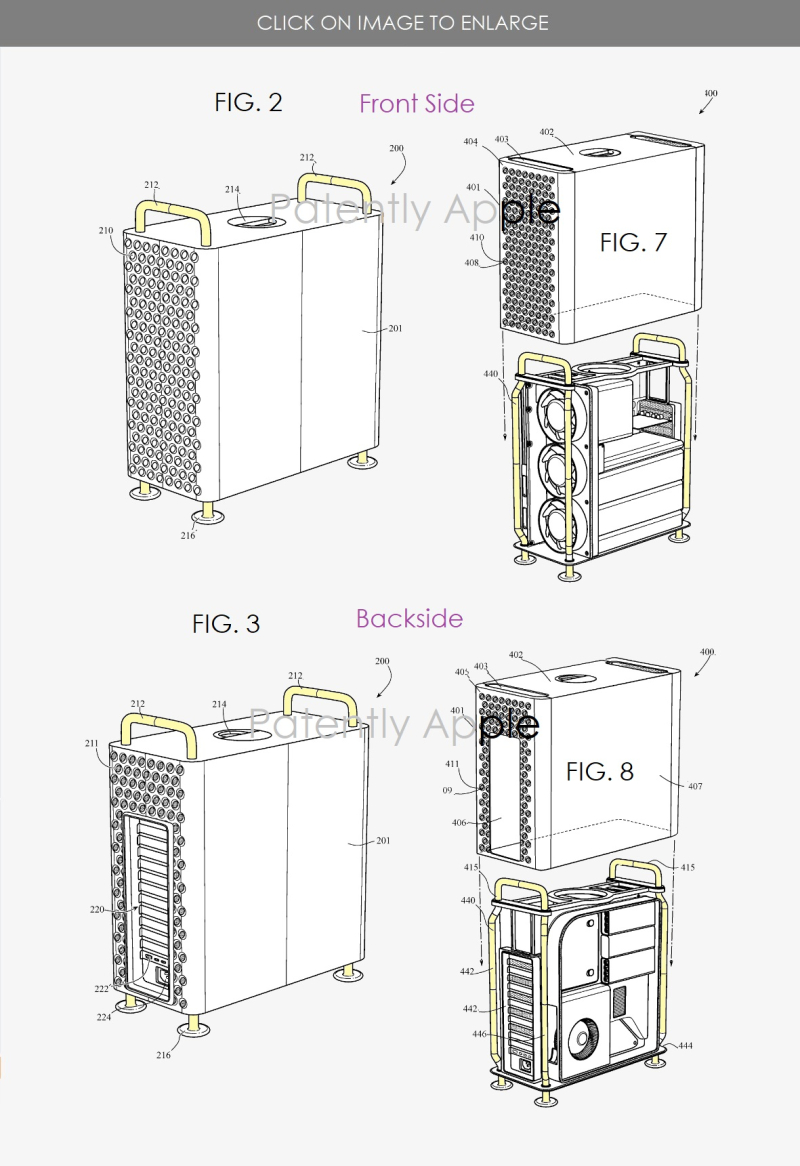 Another key aspect of this patent covers Apple's attention to a new air-moving / Airflow system which is covered in Apple's patent FIGS. 20 and 21 below. 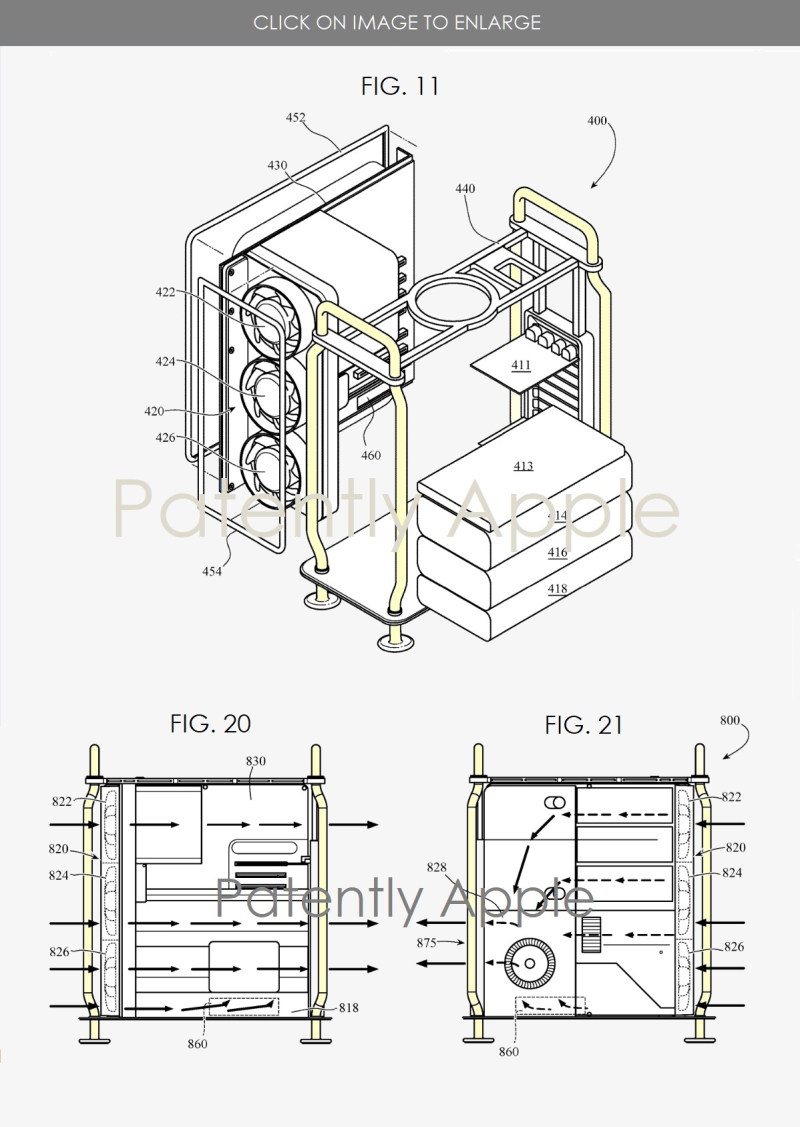 In the present example, the main logic board #430 spans two major dimensions of the internal volume defined by the housing to thereby divide the internal volume into two zones. Further, the first zone and the second zone can be fluidically isolated from one another, except at one or more desired locations.