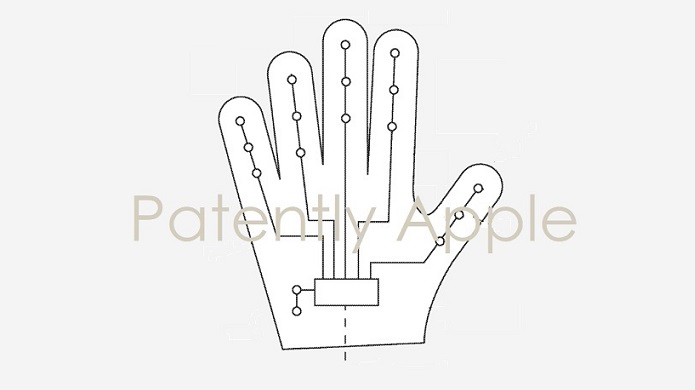 The U.S. Patent and Trademark Office officially published a series of 62 newly granted patents for Apple Inc. today. In this particular report we briefly cover two patents. The first covers a multi-linkage vehicle door hinge system; the second patent covers a possible future "health glove" that could very well end up being a multi-purpose accessory covering VR gaming as well. As always, we wrap up this week's granted patent report with our traditional listing of the remaining granted patents that were issued to Apple today.

In 2019 Apple was granted three vehicle door hinge patents (01, 02 & 03) and today is Apple's first for 2020 and the most elaborate to date that is described as a multi-linkage vehicle door hinge. It represents a system that allows for very compact and efficient movement of the door panel requiring very little clearance to each side of the vehicle to open and close the door panel while allowing use of substantially all of the door opening to enter and exit the passenger cabin. 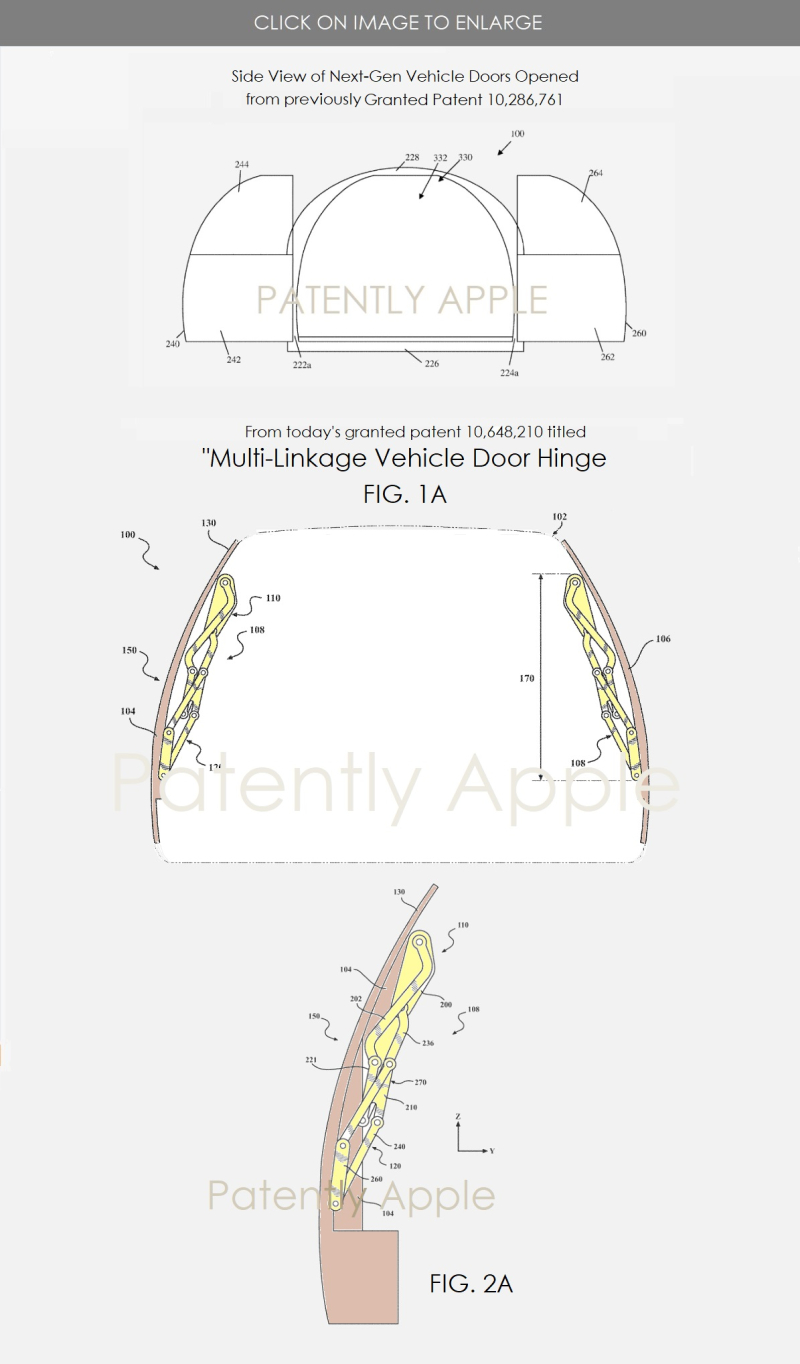 Apple's granted patent 10,648,210 was filed in Q3 2018 and published today by the U.S. Patent and Trademark office. Review the patent for more details and patent figures.

Apple's future health glove, as noted in our report's cover graphic, was granted a second patent today. We first covered this technology as a patent application back in December 2018 titled "Apple Invents Smart-Fabrics based Health-Glove that Monitors Blood Pressure and other user Vitals." Apple's first granted patent was issued in October 2019. Today Apple was granted its second patent for this technology. The only thing that changes from the original granted patent is Apple's patent claims with a few tweaks and additions.

(Claim 03) … wherein a portion of the force sensor is embedded in the fabric.

(Claim 07) … wherein the fabric is configured to be worn on a user's finger.

(Claim 15) … wherein the force sensor is embedded in and integral with the fabric.

Where a future Health Glove fits into Apple's wearable line of products is unknown at this time. However, with that said, Apple's patent FIG. 4 below illustrates that the glove could work with a main device #34 which could be an Apple Watch, iPhone, a desktop computer, a gaming unit and head mounted display which would possibly make the glove a multipurpose accessory device.

This is supported by two additional patents on the matter here and here. 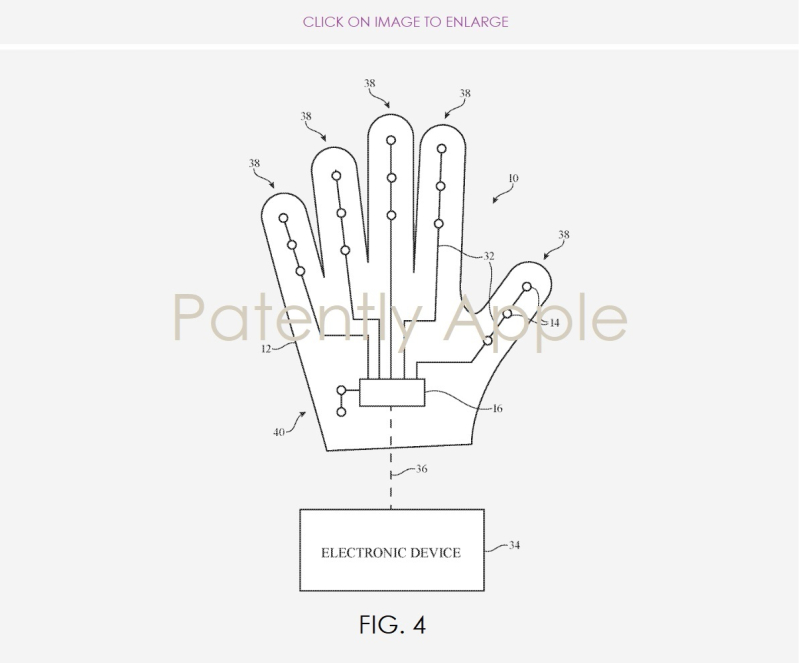 Apple's smart fabric glove shown above in patent FIG. 4 includes a layer of fabric (#12) and/or other layers of material shaped in the form of a glove. The control circuitry (#16) may have wired or wireless communications circuitry for supporting communications over a communications link (#36) between item the glove and external electronic devices such as electronic device #34 which could be an iPhone, Apple Watch, Head Mounted Display, gaming device, a Mac and more.