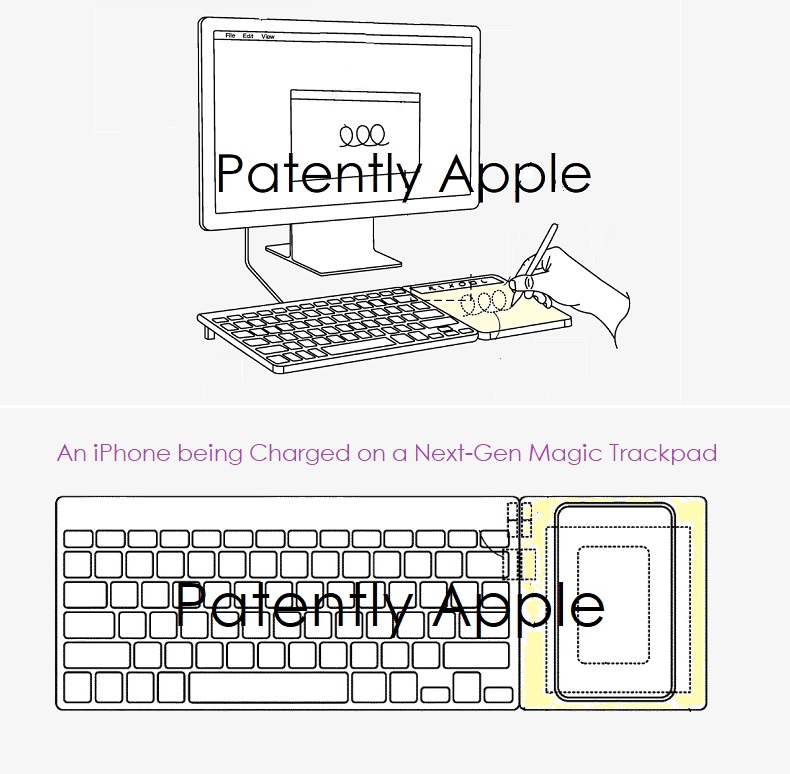 The U.S. Patent and Trademark Office officially published a series of 66 newly granted patents for Apple Inc. today. In this particular report we cover Apple's patent that relates to a future Magic Keyboard that could magnetically attach a future Magic Trackpad. The Magic Trackpad will be able to accept Apple Pencil input to an iMac or MacBook and double as a wireless charger for single iDevices like an iPhone, Apple Watch and even a Magic Mouse.

Apple's patent FIG. 1 below provides us with a view of a Magic Trackpad attached to a Magic Keyboard related to an iMac application in general; FIG. 2 is illustrating the magnetic attachment system. 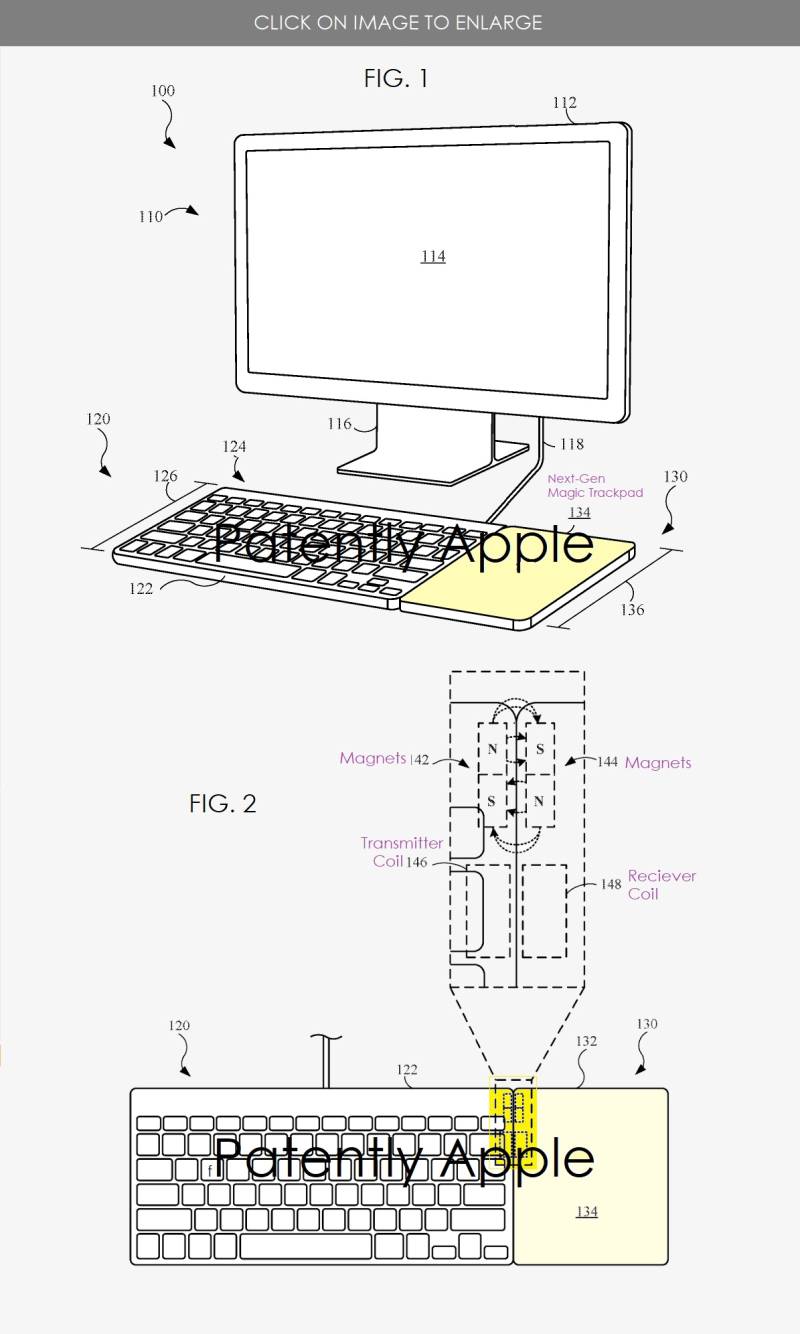 Apple's patent FIG. 3 below is an overview of the system of the wireless system; FIG. 4 illustrates how an iPhone is being wirelessly charged sitting on the Magic Trackpad; FIG. 5 illustrates a circuit diagram of showing a transmitter coil transferring power to a receiver coil through an inductive, or wireless method. 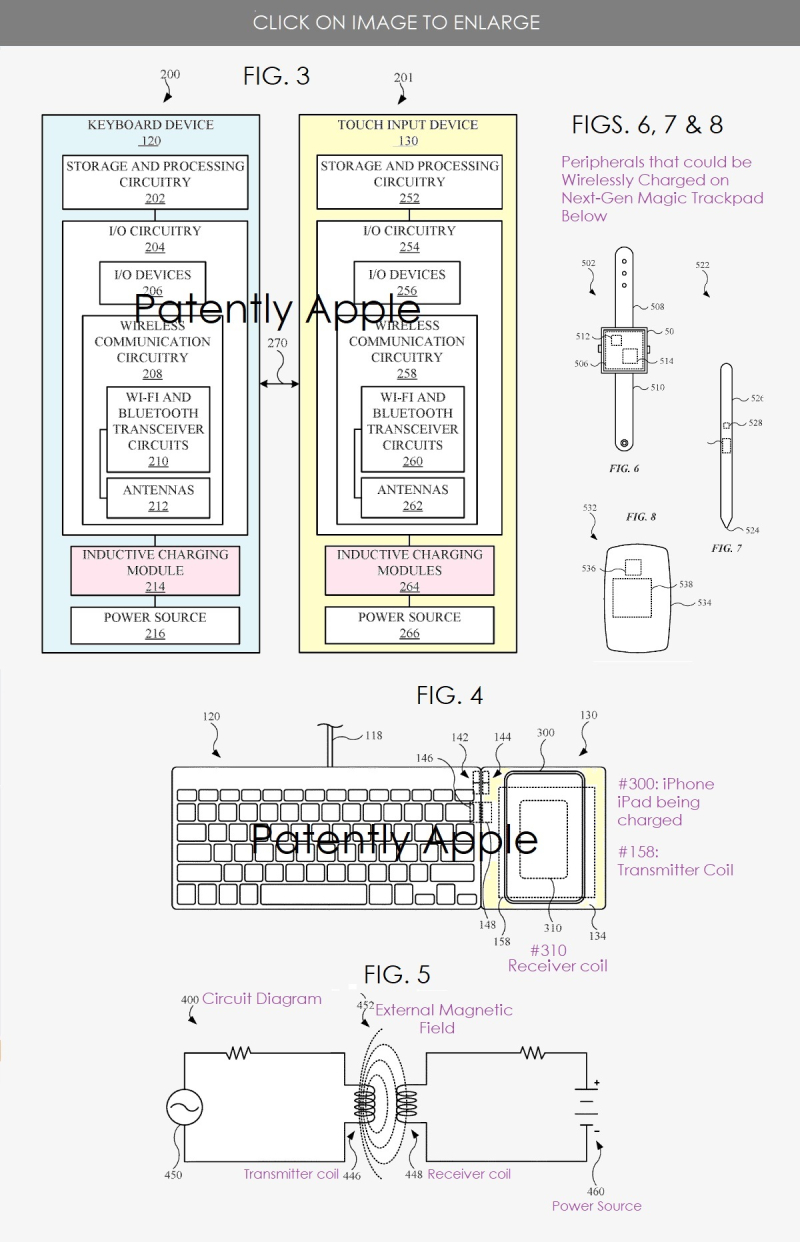 Apple's patent FIGS. 6, 7 and 8 above illustrate the devices that could be wirelessly charged on the trackpad, including a wireless Magic Mouse.

Apple's patent FIG. 9 below illustrates a plan view of an alternate embodiment of a keyboard device that includes an internal power supply designed to store energy usable by the keyboard device and/or to charge another device; FIG. 13 illustrates that this future Magic Trackpad will allow Apple Pencil input onto an iMac display. 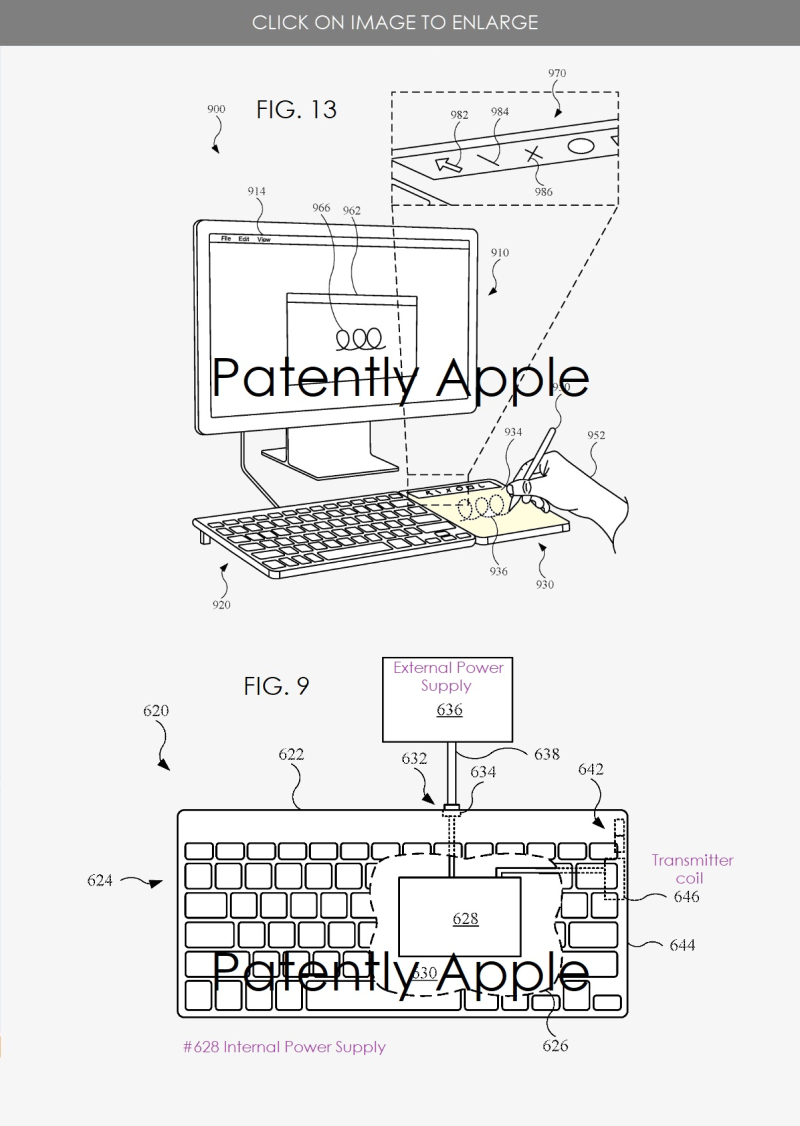 Apple's patent FIG. 16 below illustrates this future Magic Trackpad will be able to work in sync with a MacBook Pro allowing for Apple Pencil input. 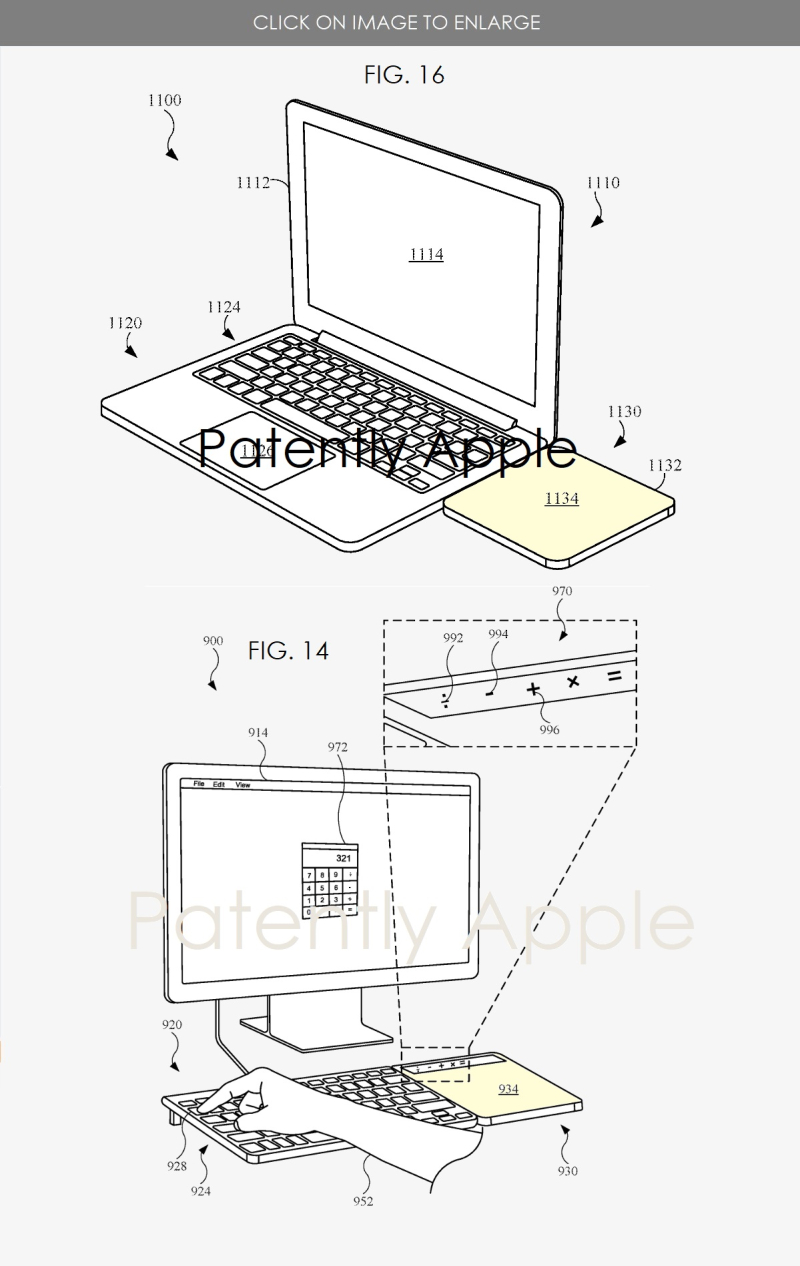 And lastly, Apple's patent FIG. 14 above illustrates how the Magic Trackpad could take on some of the keyboard's numeric pad functionality like adding and subtracting for Macs.

Apple's granted patent was originally filed in Q3 2017 and published today by the US Patent and Trademark Office.

Interestingly it appears all of Apple's engineers work out of Singapore with Wee Chun Eng being the Pacific Compliance Manager. His bio notes that he's responsible for obtaining product safety, EMC and wireless certifications for all Apple products for Pacific countries; also plan and execute certification plans for Pacific countries to ensure that products are launched to market on time.