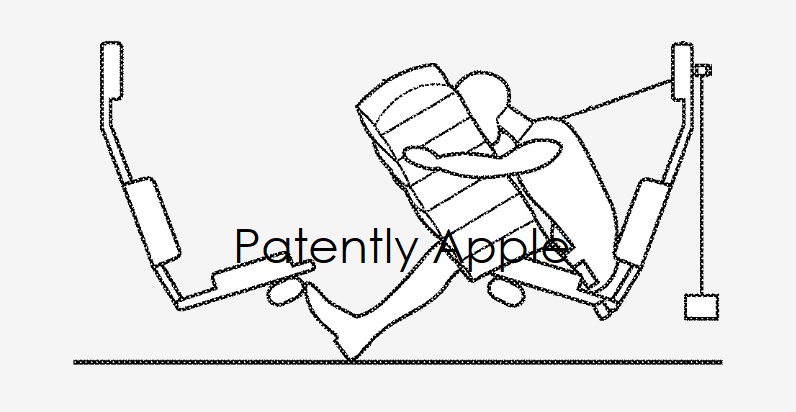 The U.S. Patent and Trademark Office officially published a series of 62 newly granted patents for Apple Inc. today. In this particular report we briefly cover another Project Titan invention. Apple's granted patent covers next-gen seat-belt system that include lapbelt and roof airbags amongst others.

Existing occupant safety systems for traditional, one- two- or three-row vehicles, such as restraints including seatbelts and airbags, can reduce the risk of injury during a collision. Vehicular airbags often use interior components such as dash panels, roof rails, and steering wheels both for packaging purposes and to provide reaction surfaces to interact with the airbags and provide the necessary reaction force. In the absence of adequate reaction surfaces or tethers, airbags would deflect too much to adequately protect an occupant during a collision.

During a collision, occupants are protected from loose objects placed on empty seats within a traditional one- two- or three-row vehicle, such as backpacks or electronic devices, by seat backrests acting as barriers, the backrests impeding motion of the loose objects between the rows of seats. In non-traditional vehicle designs, for example, where rows of occupants face each other within the passenger compartment, there are limited options for reaction surfaces, tethers, and loose-object handling. New approaches to occupant safety systems are thus desired.

Apple's invention / granted patent relates to advances in occupant safety systems suitable for use in non-traditional vehicles, such as vehicles including opposed seating systems and lacking traditional airbag packaging and reaction surfaces such as dash panels and steering wheels.

The use of these safety features also allow for increased options in packaging and design in all vehicle passenger compartments regardless of the seating configuration. 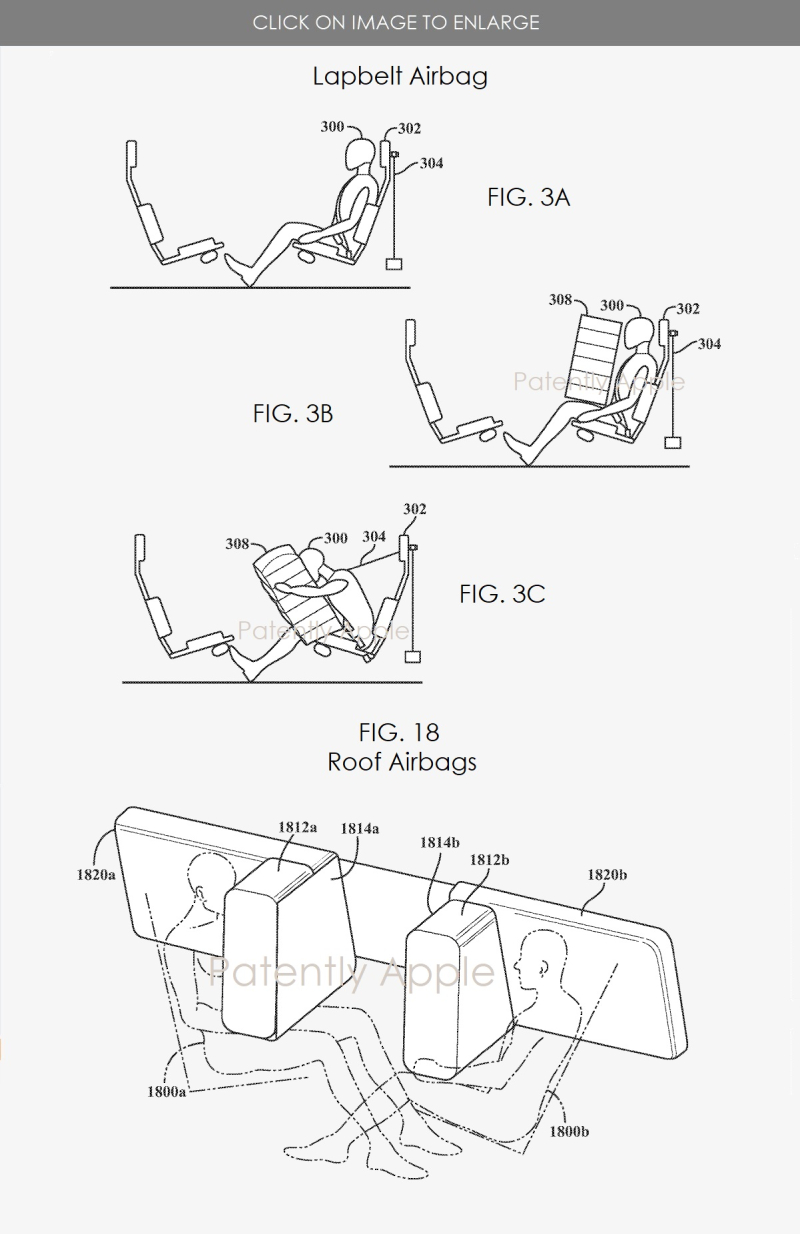 Apple's granted patent was originally filed in Q2 2017 and published today by the US Patent and Trademark Office. Granted patent 10,647,286 is a detailed patent with dozens of patent figures illustrating various aspects of Apple's invention worth checking out if you care about future vehicle safety systems.