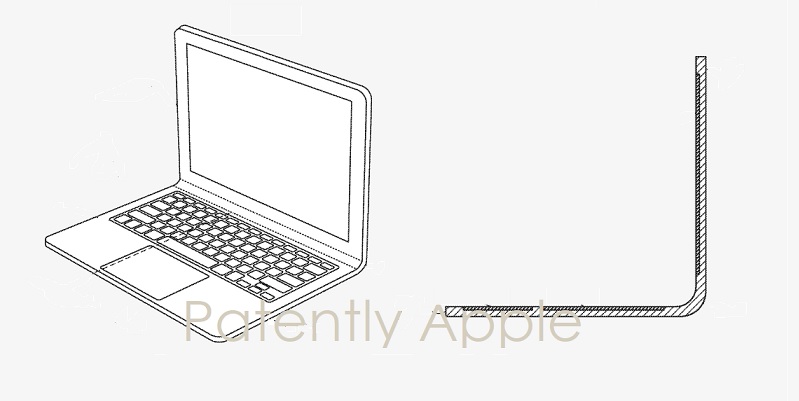 The U.S. Patent and Trademark Office officially published a series of 66 newly granted patents for Apple Inc. today. In this particular report we cover Apple's patent that relates to a bending structure in an electronic device that is compliant, adjustable and provides variable applied stiffness. This patent also appears to have been the inspiration for Apple's new iPad Pro Magic Keyboard that offers a seemingly floating platform that holds the iPad in place.

Apple has a few patents about bendable and foldable devices beyond foldable iPhones, such as a folding iPad and next-gen type of notebook cover/encasement that Apple called a "living hinge." Today's granted patent, which was never published as a patent application under "Apple," is titled "Planar hinge assembly."

For instance, the design that Apple presents in patent FIG. 4A and 4B below is likely behind Apple's new iPad Pro Magic Keyboard with its floating form factor. 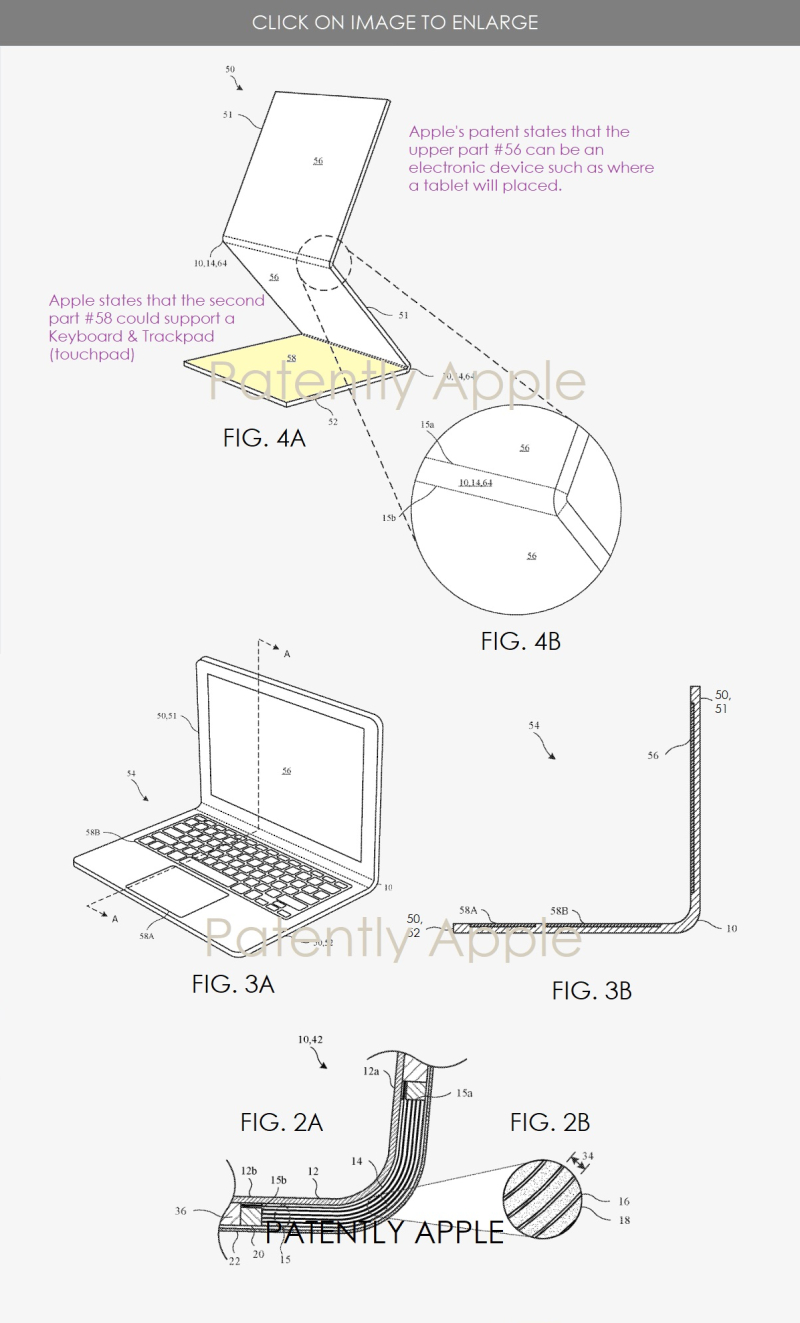 In the big picture, Apple's patent relates to "an electronic device, such as a mobile communication device that takes the form of a laptop-computing device, a smart phone cover or a tablet computer device."

Wearable devices such as a glove and a knee brace are electronic devices that use the bending medium and varying the number of layers at different locations of the electronic device to adjust a relative stiffness and vary an applied resistance to movement.

Apple's granted patent also covers some real off-the-wall ideas that I don't think will be coming to market anytime soon but you could review them all in granted patent 10,642,318 here.