Home Archives Contact Us Subscribe Twitter Facebook Patently Mobile
Apple plans to phase key staff back to work beginning with their Hardware Teams so as to keep New Products on Track
While France is known for their great wines, more recently they've been better known for their whiny threat and attitude towards Apple 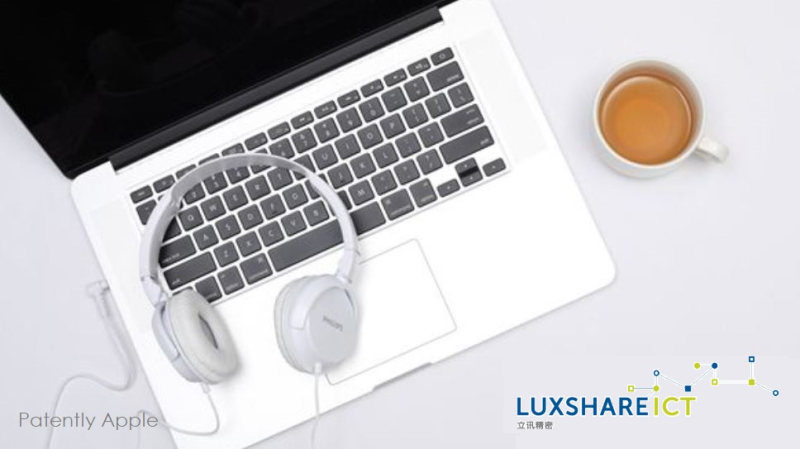 In November Patently Apple posted a report titled "Apple's Chinese Suppliers Reportedly get the call to Double AirPods Production due to Higher Demand." The main AirPods Pro supplier, Luxshare, is thought of at Apple as a company with a 'wolf-like' culture that values aggressiveness. Their team is young and moves very fast."

While a number of companies around the world, including Apple supplier Catcher who makes metal cases for the iPhone and MacBook, are trying to move some of their production out of China due to U.S.-China tensions and the havoc that the Wuhan Virus has created globally, Apple oddly appears to be willing to double down in China, according to a new report by the Nikkei Asian Review.

The publication states in a report today that "Apple has advised one of its Chinese AirPods assemblers [Luxshare] to make a major investment in Catcher. The reason given is that Apple wants a third iPhone supplier beyond Pegatron and Foxconn, and more specifically, a Chinese supplier.

Luxshare-ICT has reportedly been in talks with Catcher Technology, the world's second-largest metal casing provider, for more than a year and has recently entered a deeper round of negotiations, said one of the people who is familiar with the situation.

The deal, if realized, would give Luxshare the ability to produce high-quality metal casing as well as access to smartphone assembly know-how, which would take it a step closer to becoming the Chinese version of Foxconn -- a single company with operations that span nearly the entire electronics supply chain. Such a move could ultimately help Luxshare grab a share of iPhone production, which ships around 200 million units each year.

Foxconn, the world's largest contract electronics manufacturer, has long been Apple's biggest supplier, accounting for more than 50% of iPhone production since the device's debut in 2007. Sources say the U.S. company is keen to reduce this heavy reliance.

'Apple is encouraging Luxshare to make the investment. The rationale is to raise a competitive Chinese assembler to counterbalance the Taiwanese assemblers,' an executive-level source who is familiar with the ongoing talk said. 'The more qualified suppliers Apple has, the more bargaining power it will own.' Taiwanese companies have dominated the contract electronic manufacturing industry for decades.

The deal in discussion includes some of Catcher's facilities in China, its workforce, managerial employees and its business opportunities with Apple, while the price being discussed would make it Luxshare's biggest investment, the source added.

The casing, or metal frame, is a crucial component that helps give the iPhone its distinctive look. The material of the case, moreover, determines the performance of wireless connectivity. Metal casing production is also the last step before the final assembly of an iPhone. Both Foxconn and Pegatron, its smaller rival, have their own metal casing subsidiaries, with Foxconn's the world's biggest.

"For Apple, it is a win-win situation to support the growth of Luxshare," a supply chain manager said of the proposed Catcher deal. "Not only do Chinese companies offer lower prices with competitive quality, but it would also help Apple further deepen its network in a market with 1.3 billion people."

"With Apple's support and investors' favor, Luxshare does have a chance to challenge Foxconn's position in the next three years or so if it takes the move to invest in Catcher. It is a very tempting ambition for [Luxshare founder] Grace Wang to achieve," another source who is familiar with Luxshare's thinking said.

However, Luxshare has not yet made up its mind to seal the deal, as it would be a big gamble to make amid the global economic downturn with so many uncertainties brought by the deadly coronavirus, multiple sources said. Sales of Apple's iconic iPhone, first introduced in 2007, also peaked in 2018, with the first annual shipment decline in 2019. This is another factor for Luxshare to weigh before it decides whether to embark on the path to iPhone assembly, they said.

"Will the iPhone business be as profitable in the next 10 years as it was in the past decade? No one can guarantee the return of this investment," said one of the sources, who has been in the iPhone supply chain for 10 years. For more on this, read the full Nikkei Asian Review report.

The line in the report stating that "Apple is encouraging Luxshare to make the investment with the rationale being to raise a competitive Chinese assembler to counterbalance Taiwanese assemblers," seems to be something written by a Chinese Communist communications officer. Apple wouldn't think in such terms of wanting to weaken Taiwan whereas that's certainly the goal of the Chinese communist party.

If Apple is planning for an expansion of their iPhone line-up over time, having a third reliable source makes sense. However, trying to read the tea leaves for the reasoning behind Apple's moves is perhaps more politically motivated than reality.

As a side note, Luxshare's website for consumer products has many photo images of Apple products including the iPhone SE, iPhone 11, iPad, MacBook and over-the-ear headphones, though not Apple's at the moment, which could be another avenue for the Apple-Luxshare story. Food for thought.