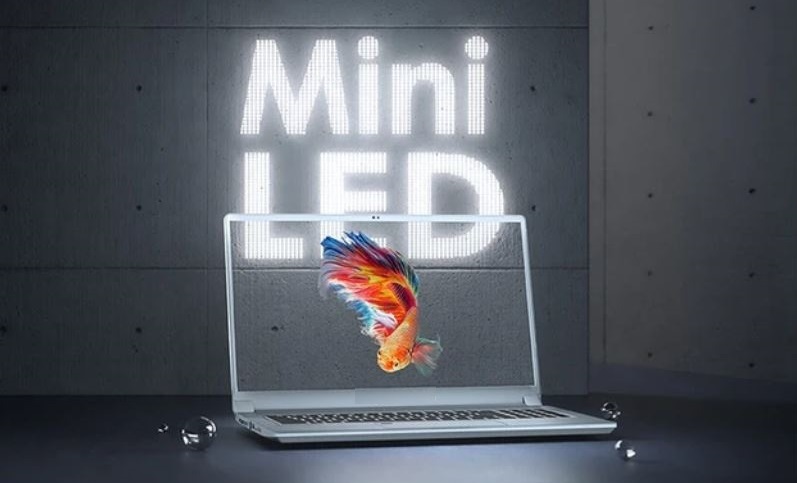 Apple has sparked considerable discussions in the market after rumors surfaced that the company’s new 12.9-inch iPad Pro, to be released sometime in the 2020- 2021 timeline, could be equipped with Mini LED backlight technology. According to the newest investigations by the LEDinside research division of TrendForce, the manufacturing cost of Mini LED backlight displays is currently higher than that of traditional LCD and OLED displays. However, as manufacturers continue to make improvements in process technology and yield rate, the cost of Mini LED backlight displays is expected to undergo 15-20% YoY decreases and to potentially be lower than the cost of OLED displays by 2022, making Mini LED a cost-competitive option in the market.

The report further noted that "Not only will Apple integrate Mini LED backlight technology into its product lineups other than the iPad Pro," like MacBooks, "but that other leading brands will also adopt Mini LED for their own products."

According to the Mini LED backlight cost analyses in TrendForce’s latest 2020 Mini LED Next-Generation Display Technology and Supply Chain Analysis report, since the 2021 version of 12.9-inch iPad Pro is expected to equip nearly 10,000 Mini LED chips as its backlight source, the cost of components such as LED chips, PCB backplanes, and driver ICs will take up a large portion of the device’s overall manufacturing cost.

These component costs, combined with the necessary process technologies involved in manufacturing, such as testing, sorting, and SMT, are projected to drive up the cost of Mini LED backlight displays above US$100, with Mini LED backlight modules accounting for more than 60% of this cost. 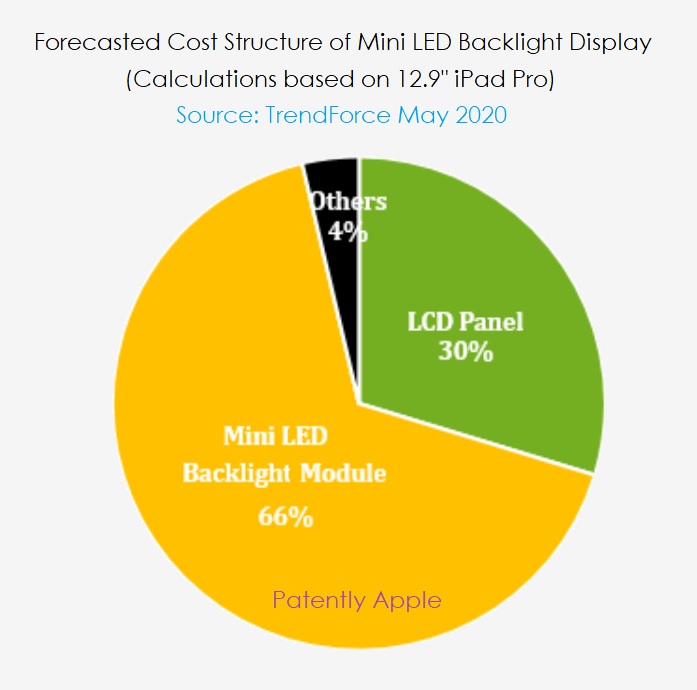 In terms of the former, although most user applications are confined to video streaming, basic word processing, and business presentations, some specialized users, including gamers and graphic designers, require higher display performance beyond these basic applications.

On the other hand, illustrators and other graphic artists place an extremely high demand on color accuracy. For these professionals, Mini LED backlight technology can provide improved color saturation and contrast ratios, a significant upgrade in terms of display performance if integrated into current tablets.

TrendForce believes that although OLED displays are also capable of fulfilling the aforementioned display requirements, they are limited by OLED materials’ reliability issues, meaning they have a lower lifespan compared to Mini LED backlight displays. With regards to the supply chain, Korean manufacturers Samsung and LGD currently dominate the supply of OLED panels; although China’s production capacity of OLED panels will surge after 2020, especially with BOE, the country will need time to improve its panel yield rate and product quality.

Given the open-ended and diverse nature of the LCD panel supply chain, Apple’s decision to adopt LCD panels and pair them with Mini LED backlight technology as its future developmental focus makes sense, since this move allows Apple to be free of the constraints of the Samsung-dominated OLED supply chain while paving the way for the development of Micro LED display technology.

If Apple is able to make progress in cost reduction, technology superiority, and patent applications in its Mini LED backlight development, then it will help accelerate the industry’s R&D efforts in Micro LED technology."

02: A micro-LED Display Patent was Published in Europe this Month that could Apply to Future iDevices, Macs & More

04: Apple Wins a Patent for micro-LED based Displays that could be used in Future iMacs, MacBooks iDevices and a TV