Lady Gaga FaceTimes with Apple's CEO to Confirm Apple's $10 Million Donation for One World: Together at Home Benefit Concert 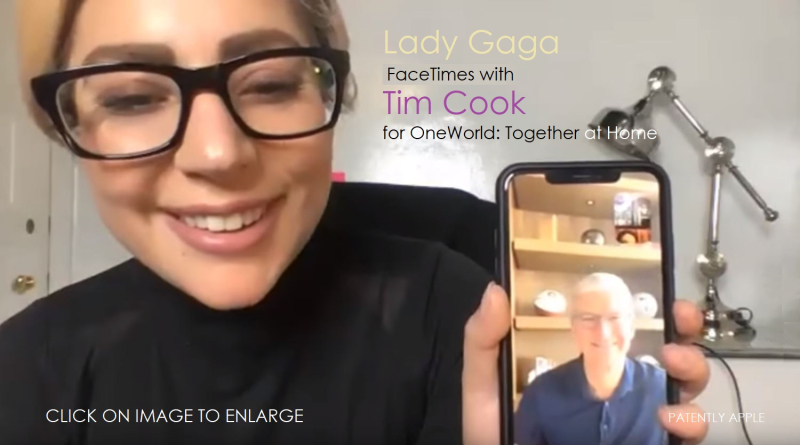 Last night Lady Gaga announced details about her giant Global Citizen cross-network special, One World: Together at Home, and brought Jimmy Fallon along on a fundraising FaceTime call to Apple's Tim Cook. Cook made the announcement that Apple is donating $10 million to the cause that has already raised $35 million from large tech companies that also included IBM and Cisco.

The video below starts as the FaceTime Call with Tim Cook begins. At one point Lady Gaga Jokingly said that her next single would be called "Tim Cook." The grand total raised will be revealed sometime on April 18th.

With the help of Lady Gaga and dozens of other musicians, Global Citizen and the World Health Organization (WHO) are partnering to help fight boredom and simultaneously raise funds for the COVID-19 Solidarity Response Fund.

Yesterday during the opening statements of a WHO media briefing, Global Citizen CEO Hugh Evans, along with Lady Gaga, announced the One World: Together at Home digital benefit concert.

"One World: Together at Home" is set to air on Saturday, April 18 at 5:00 p.m. Pacific Time/8:00 p.m. Eastern Time. It will be available on major cable networks and be live streamed by Apple, Amazon, Facebook, YouTube, and more.

Here's to hoping that this great show will stay away from any political statements so that everyone can enjoy it.