Last Monday Patently Apple posted a report titled "Apple's 2020 High-End iPhone with LiDAR Camera for Advanced AR Applications will also have more of an iPad Design to it & more." The report noted that "Apple is investigating removing the cutout at the top of the display for the selfie camera and Face ID sensors in future designs, and it’s likely to reduce that notch in size with this year’s models. The source of the report was Bloomberg who has a relatively good track record on Apple rumors.

One week later and a copycat rumor has surfaced from a twitter rumor site by Jon Prosser claiming that he can prove that Apple has a reduced notch for the iPhone 12 by providing a schematic from Apple as presented below. 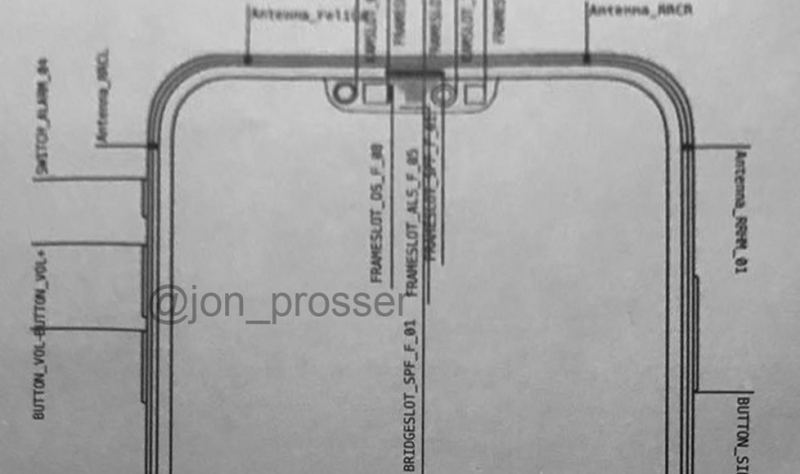 His YouTube site called Front Page Tech reviews scrambled brained rumors, including the so-called CAD schematic from Apple presented above. At the end of that segment Prosser states: "I just dropped a ton of information on you guys, I'm sorry about that, it's yours now internet, do with it whatever you would like to do with it."

While I don't believe that the schematic is from Apple, in a million years, I'm sure that rumor lovers will eat it up hookline and sinker. To watch the episode that talks about the above schematic and a number of other scrambled-head rumors, check out this Front Page Tech episode.

The Bloomberg rumor of a smaller notch was established and it's reasonable to think this could be coming to market. The only thing that the Prosser rumor site now provides is, what I believe to be, a bogus schematic of the notch. Though at the end of the day, it's up to you to believe it or not, or in Prosser's parlance: it's yours now internet, do with it whatever you would like to do with it."