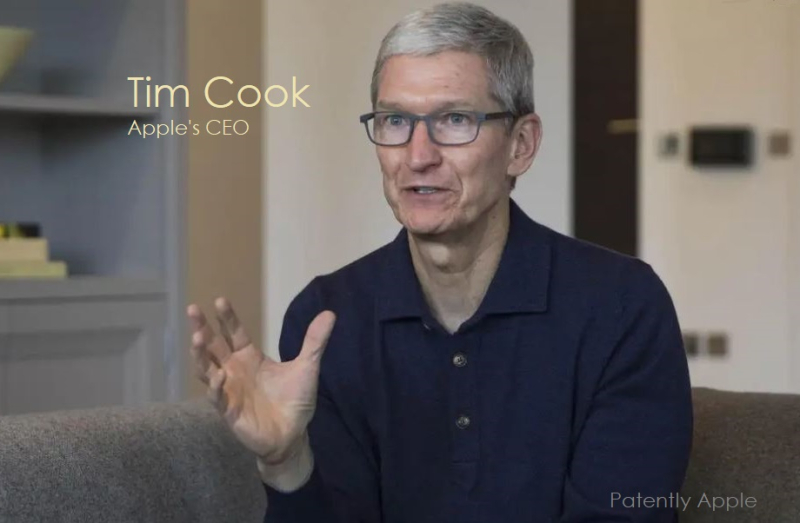 Exactly a week ago we learned and reported that Apple's CEO Tim Cook was going to hold a virtual to update and assist employees during this difficult time. Today's report covers Tim Cook's basic message to employees in addition to providing you with a number of key jumbo slides and a video on the White House's 3-Phase plan to get America back to work again.

Firstly, Apple's  CEO led a company-wide virtual meeting earlier today with employees at home to address concerns about the impact of COVID-19 and discuss the company's plan to return to work.

During the meeting, Cook called the pandemic an "uncertain and stressful moment," but expressed confidence that the company would emerge strongly from this crisis as they have a strong balance sheet and stressed that the company will keep investing in a "really significant way" in research and development and future products.

While Apple's executive team have yet to set a firm date as to when employees would be able to return to offices, Cook noted that when a date is set, the company would perform temperature checks and ensure that social distancing guidelines would be established.. Cook did say that it would possible that they might use coronavirus testing, but that there weren't any plans in place at the moment.

Cook said that the introduction of the new MacBook Air, iPad Pro and iPhone SE in recent weeks demonstrated that the company isn’t letting the pandemic disrupt its product launches.

It was also conveyed that Apple retail employees are starting online training and ramping up virtual meetings in anticipation of store re-openings. It was announced in an earlier statement today that the first Apple Store to reopen would be the store in South Korea.

More specifically, the announcement stated that "South Korea has shown great progress during the spread of COVID-19," prompting the company to reopen its Seoul store on April 18.

The location will operate on an adjusted schedule to begin with "to ensure customers and employees continue to stay healthy." Apple also said it will be focusing on support, rather than sales, to begin with. Apple confirmed that "For customers who want to make a purchase, we have several options including ordering online for delivery or pick up in store."

For more on Cook's virtual meeting, read the full Bloomberg report that can be found on their technology homepage titled "Apple CEO Talks Covid-19 Crisis, Return to Work Plan at Company-Wide Meeting."

Secondly, our report covers President Trump and his COVID-19 team officially laying out their overview of how to get America back to work again. The video presented below is set to begin exactly when Dr. Birx begins her presentation regarding the official 3-Phase Plan. After the Dr. Birx presentation, Dr. Fauci adds some commentary about the plan.

A Few of the Key Presentation Slides 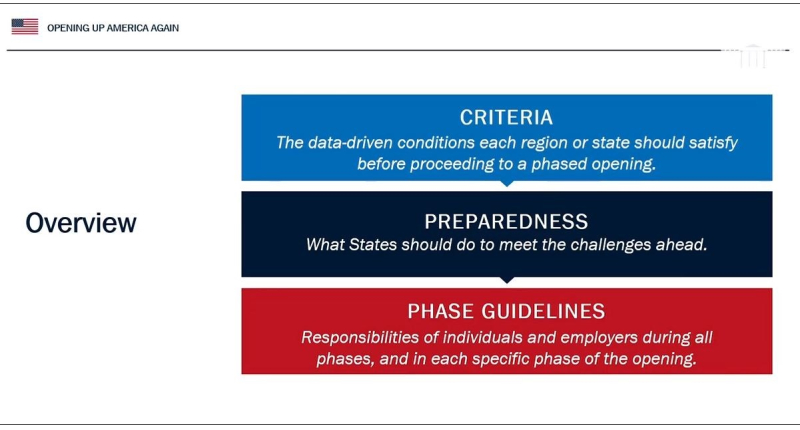 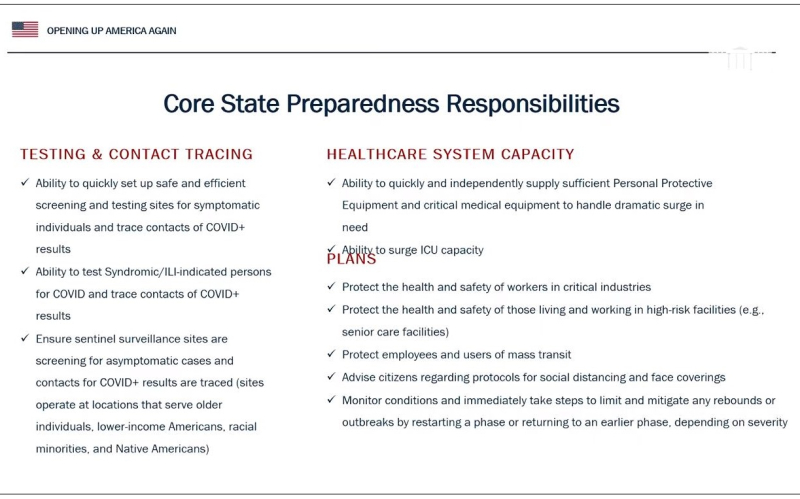 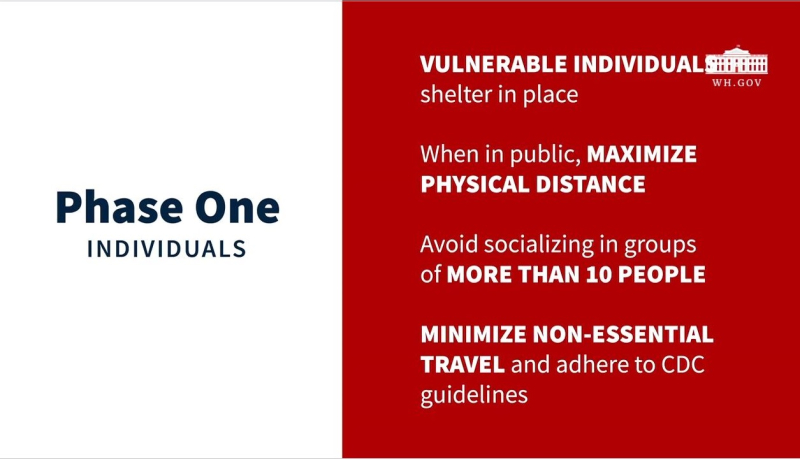 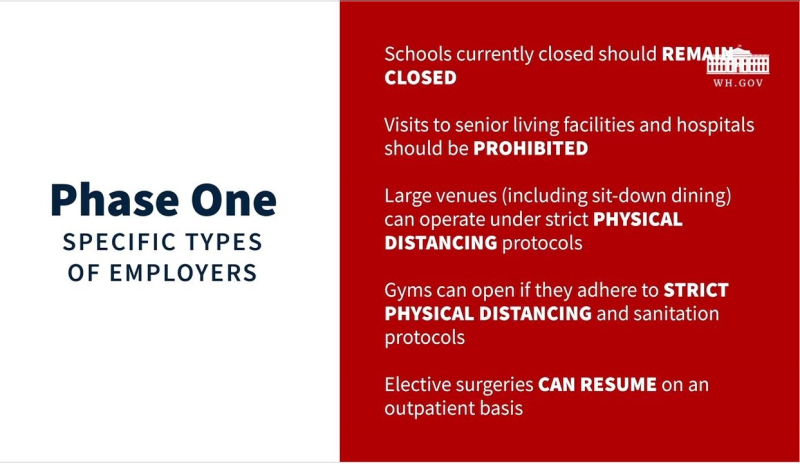 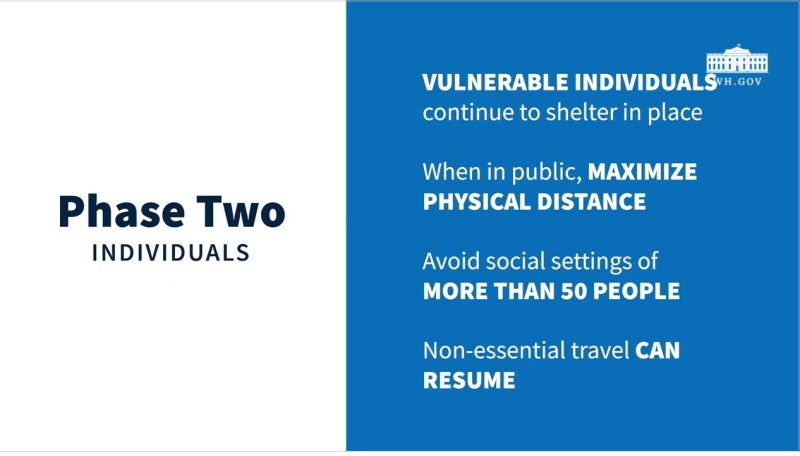 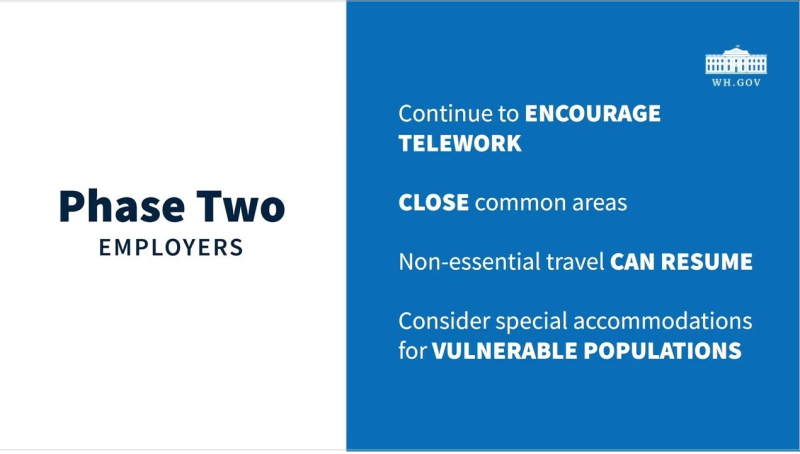 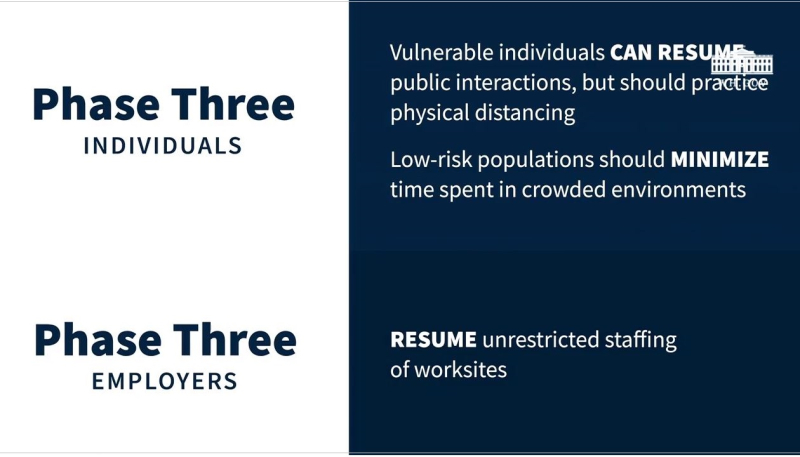 Yesterday Patently Apple posted a report titled "President Trump announced the Great American Economic Revival Industry Groups with Apple Leading the Tech Sector." Apple will be one of the leading U.S. companies that will assist the government chart a path forward toward a future of unparalleled American prosperity.

Europe Pushes to Reopen their Economies

On Tuesday, Europe laid out their plan on reopening their economies from the coronavirus lockdown, so we can see this is a global effort to get the world back on track for business and to get people back to work and school.

Forbes reported Tuesday that European "Governments are trying to balance the desperate need to halt the damage to the economy against the risk of a resurgence of the pandemic. The number of new cases in Europe has stabilized in recent days though more than 50,000 people have died on the continent and the fatalities continue to climb.

France's President Macron said in his television address: "When will we be able to go back to the way things were? In all honesty, in all humility, we don’t have a definitive answer to that." For more on this, read the full Fortune report.