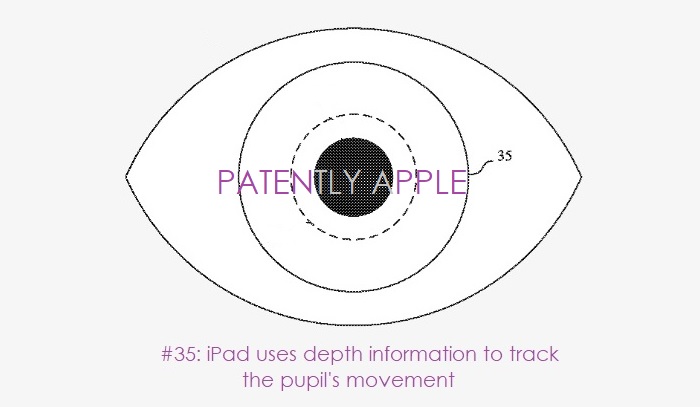 Patently Apple has discovered a series of new Apple patent applications that have been filed with the European Patent Office recently that we haven't seen surface in the U.S. Yesterday we covered the first two patents (01 & 02) In this third patent from the World Intellectual Property Organization (WIPO), we cover Apple use of eye gaze technology to assist in the operation of iDevices and a future Head Mounted Display device. In the latter, a user could use gaze control in combination with a verbal control. The user could stare at an application icon issue a verbal command "start" to open the app.

Various implementations disclosed herein include devices, systems, and methods that obtain physiological data (e.g., pupil dilation, electroencephalography, etc.) of a user during a user experience, in which content is displayed on a display, with one or more physiological sensors.

Apple's patent FIG. 5 below illustrates a block diagram of an exemplary head-mounted device #500.  The housing #501 includes (or is coupled to) an eye pad (not shown) disposed at a proximal (to the user #25) end of the housing. In various implementations, the eye pad is a plastic or rubber piece that comfortably and snugly keeps the head-mounted device in the proper position on the face of the user 25 (e.g., surrounding the eye of the user 25). 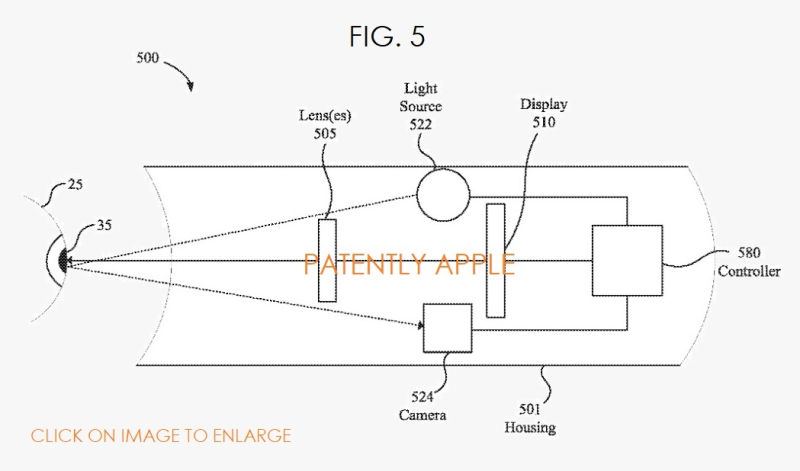 In one example, the user may gaze at an icon on the screen while saying "Start" to execute the application. In another example, the gaze may be applied to an iPad or iPhone as illustrated below in patent FIGS. 1 & 2 combined with a hand or finger gesture that the device will interpret to open an app or perform another task. 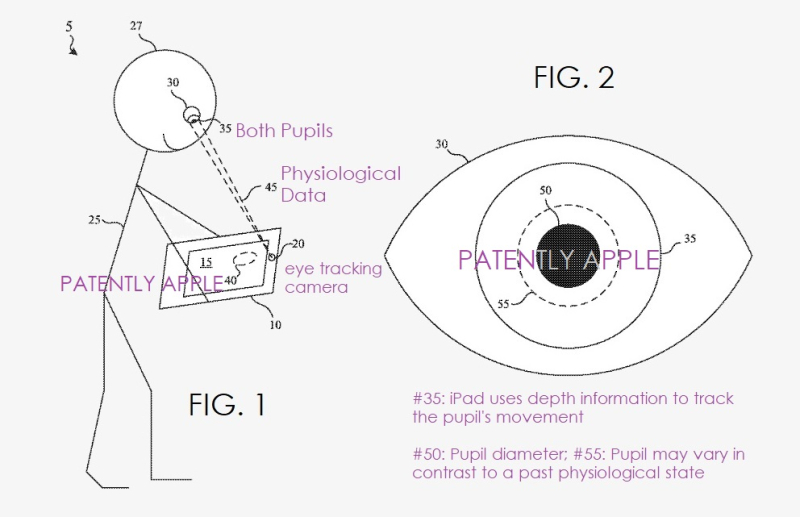 Apple's patent application WO/2020/068447 originally filed in Q3 2019 and published on April 2, 2020. Considering that this is a patent application, the timing of such a product to market is unknown at this time.