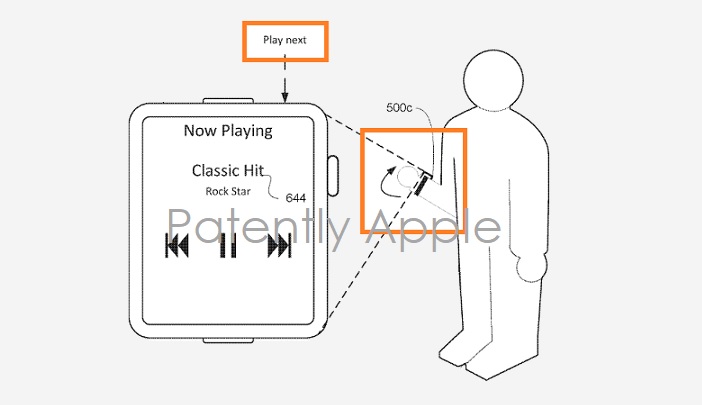 Patently Apple has discovered a series of new Apple patent applications that have been filed with the European Patent Office recently that we haven't seen surface in the U.S. The first patent covers iDevice motion gestures coming to Apple TV to control content and functionality when playing movies and games.

Users will be able to record motion gestures and then lock them in as their own. The user could simply record volume-up while moving the iDevice in an upward track or move the device left to right to play content forward or go back to a previous point.  The iDevices illustrated in the patent filing and presented below include the Apple TV remote and Apple Watch while mentioning the iPhone and iPad. Apple illustrates the basics of this invention and we can only imagine where they might go with device driven motion gestures over time.

Apple notes in their European patent filing that "users wish to control electronic devices using motion gestures. Enhancing these interactions improves the user's experience with the device and decreases user interaction time, which is particularly important where input devices are battery- operated."

Some of Apple's patent figures are directed to one or more electronic devices that perform actions in response to detection of a sequence of one or more motion gestures. 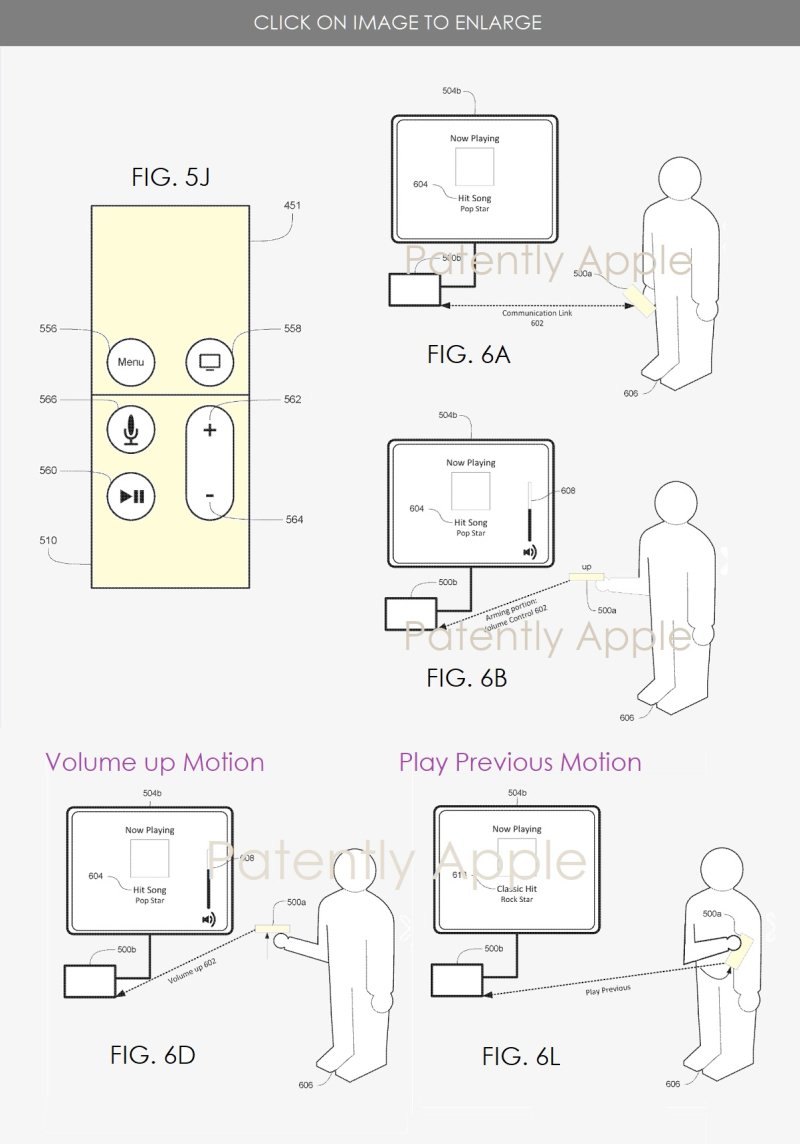 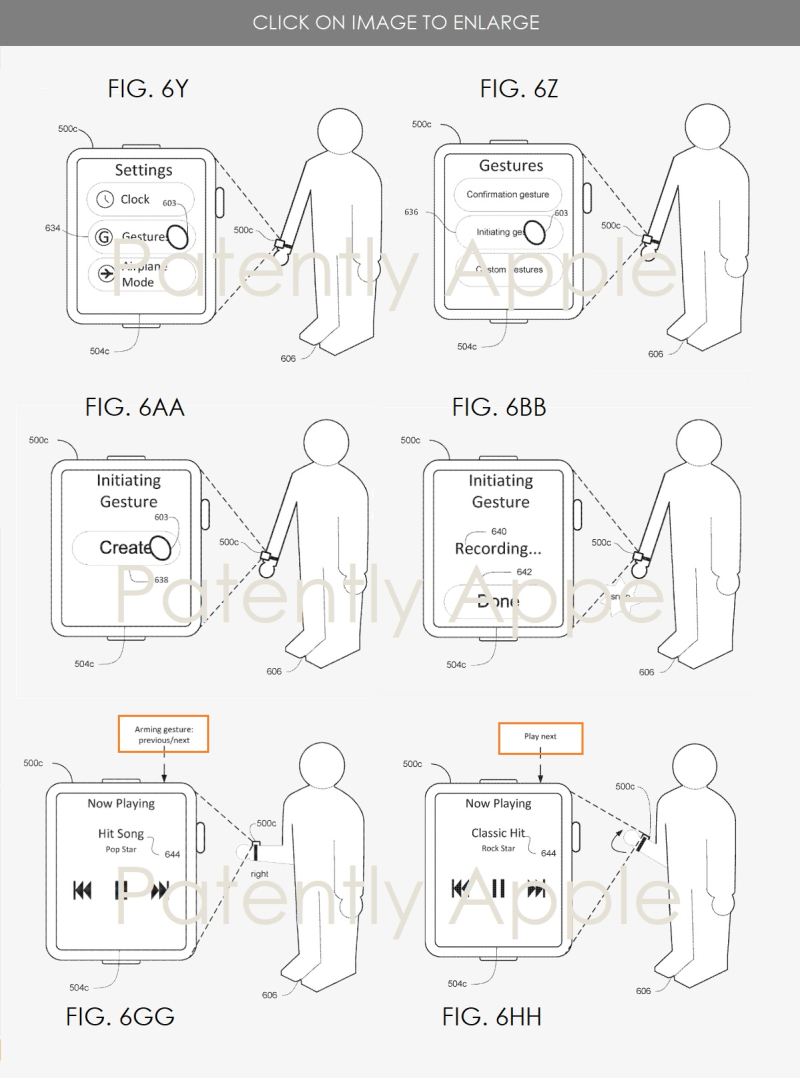 As shown in Fig. 6NN below, the triggering portion of the motion gesture sequence is detected when the motion data of the Apple Watch (third electronic device 500c) indicates that the user twists their wrist counterclockwise (e.g., as though the user is turning a volume knob counterclockwise). 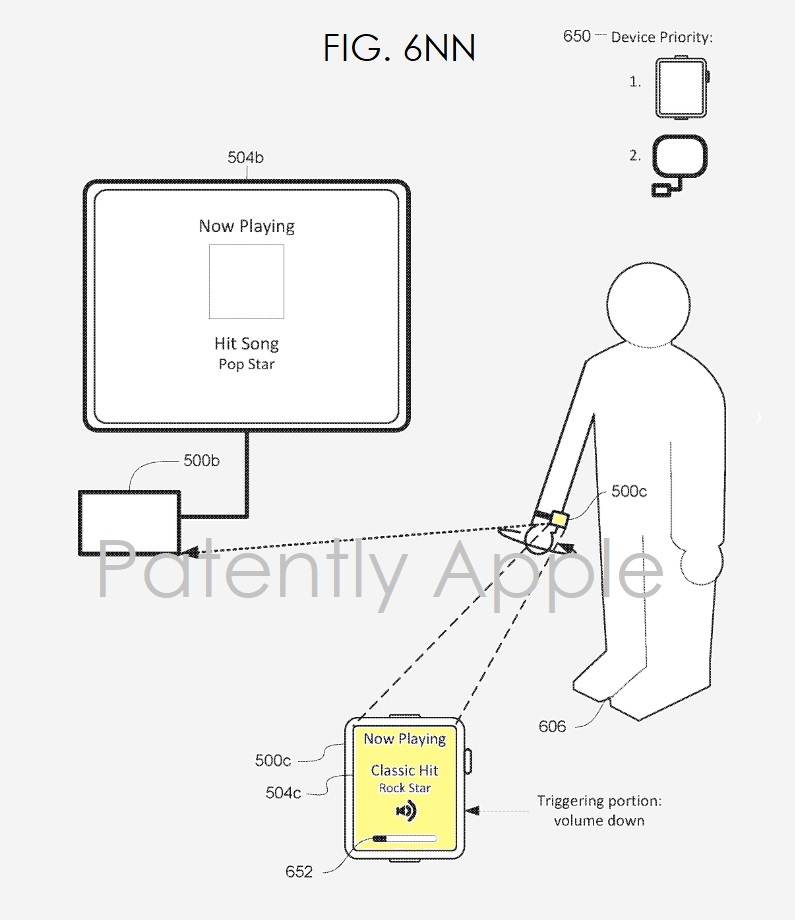 Apple's patent FIG. 6ii illustrates how the Apple remote with motion gestures is able to control gaming content from the Apple TV to your display. 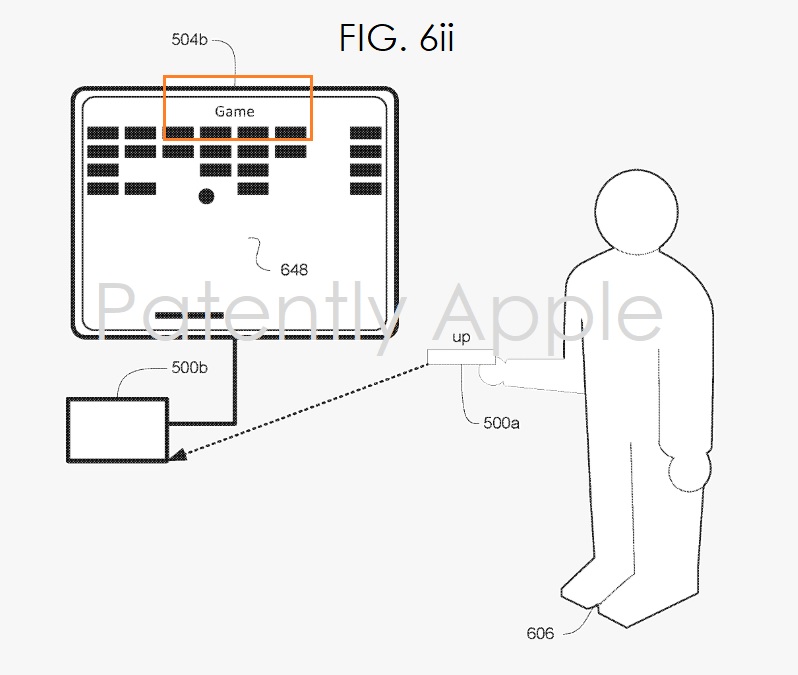 While the illustration is promoting the Apple TV remote, Apple makes it clear that the motion gestures will also be coming to iPhone and iPad.