While Apple grew sales in Latin America in Q4 2019, their upcoming SE2 iPhone could boost sales in H2 2020 to Challenge Huawei 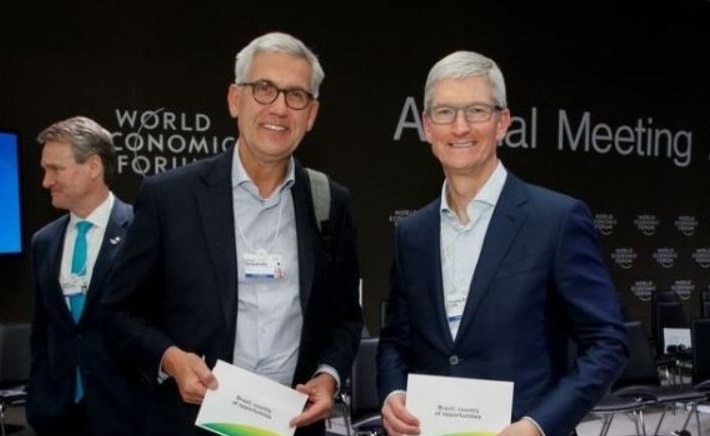 When Apple's CEO Tim Cook was at Davos in 2019, he held up a sign saying "Brazil, country of opportunities." Perhaps Apple knows that their new SE2 iPhone is finally going to boost Apple's rocky position in Latin America.

Huawei more than doubled Apple at 10.7% market share while Samsung took top spot at 34.2% and Motorola (Lenovo) at 16.8%.  For more on this, read the full Counterpoint report here.

Apple must have been working with the Brazilian leader at Davos as the photo below shows Tim Cook sitting at at the same table as President Jair Bolsonaro. Apple opened their first Apple Store in Brazil in February 2014. 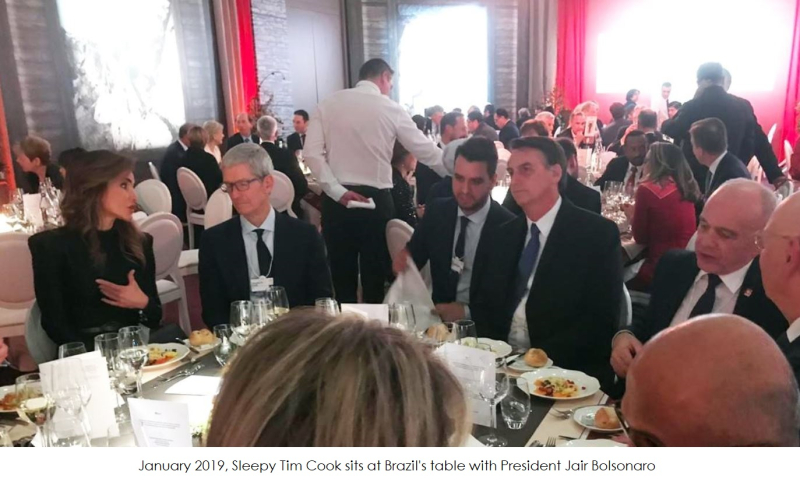 Whenever Apple can start selling the SE2 iPhone into the Brazilian market as well as other key LATAM countries (Mexico, Argentina, Costa Rica and Peru) we may see Apple get a bounce by Q4 2020 that could very well challenge Huawei if China can get COVID-19 under control and have production plants back up to speed for the second half of the year.