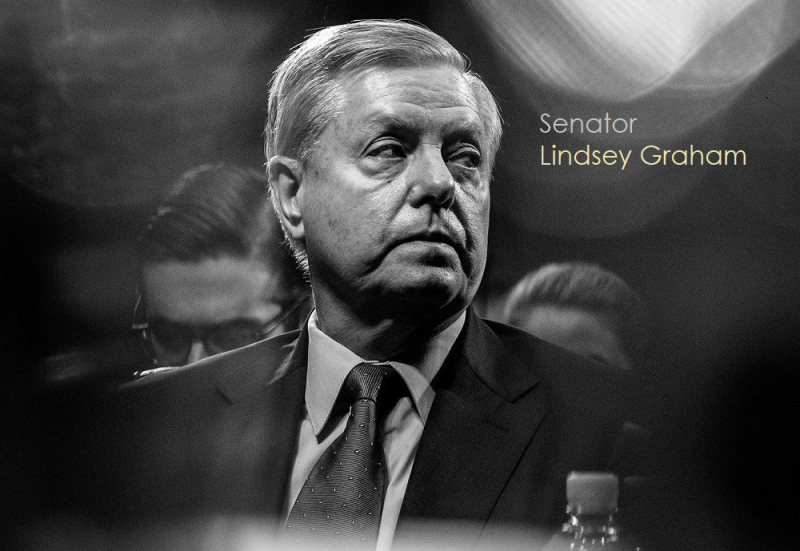 Last week Patently Apple posted a report titled "Legislation targeting online sexual abuse is a double-edged sword that threatens online immunity Tech companies enjoy today." The report noted that Apple, Facebook, Google and Twitter are committed to promoting the new voluntary standards concerning the fight against child sexual abuse. The Silicon Valley elites however really have no interest in the new bipartisan legislation and so both sides are going to be going head-to-head sometime in the near future.

Reuters is reporting that "Senator Lindsey Graham criticized tech companies on Wednesday for opposing a bipartisan bill aimed at curbing child sexual abuse material online and said he would consider a more punitive step if he is unable to get the legislation passed.

Graham, who chairs the Senate Judiciary Committee, spoke at a hearing today about the new legislation and said he didn't "buy anything" said by tech companies about ending child sexual abuse because "All they care about is not getting sued."

Technology companies have opposed the bill, which would end an immunity they have under federal law called Section 230 that protects platforms like Facebook, Google and Amazon.com Inc from being sued over content posted by users.

Specifically, the companies would lose their immunity if they fail to follow “best practices” for detecting abusive images. Those practices would be determined by a new government commission led by Attorney General William Barr.

Graham told reporters that if the bill fails to pass, he would consider legislation that strips Section 230 protections if internet companies fail to combat abusive material online - removing their option to follow best practices.

Graham added: "Probably we will wind up, if we can’t get this passed, is just carve out a Section 230 child sexual abuse (bill) and good luck in court. Every other business is prone to being sued if they don’t child-proof their business."

While tech companies are doing a legal song and dance for the cameras, they're of the belief that if this bill passes, it's just the beginning of the end of encryption.

If tech companies aren't willing to compromise, the protections that they currently enjoy today under section 230 will come to an end. However, this is a common threat that's been ongoing and unless the government acts, Silicon Valley has no incentive to change their position.

Stay tuned as this subject is going to be an ongoing battle through to election 2020 at the very least. Silicon Valley elites are banking on a win by the Democrats this fall. That would likely translate to this legislation finding its way to File 13.