A blockbuster report published yesterday reveals that dozens of popular companies including Apple, Nike, Adidas, Uniqlo and Skechers have suppliers linked to forced labor in China involving Muslim minorities such as Uyghurs and Kazakhs, according to a new report from the Australian Strategic Policy Institute (ASPI).

Going back to the ABC Australia new report, they note that "80,000 Uyghur workers were transferred out of Xinjiang between 2017 and 2019, claiming that people are being effectively 'bought' and 'sold' by local governments and commercial brokers. 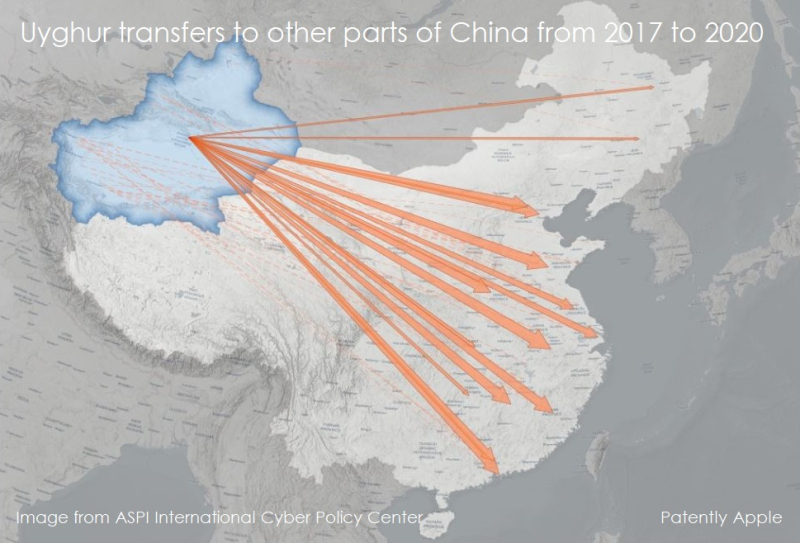 ASPI researcher and lead author of the report, Vicky Xu, told ABC Australia News that "Officials and private brokers receive money for every Uyghur person they manage to transfer. The recipient companies receive a cash inducement for every Uyghur they take.

More than a million Uyghurs, Kazakhs and other Muslim ethnic minorities are thought to be detained in what the Communist Party calls vocational education centers but which are referred to by the UN as 're-education camps.'" 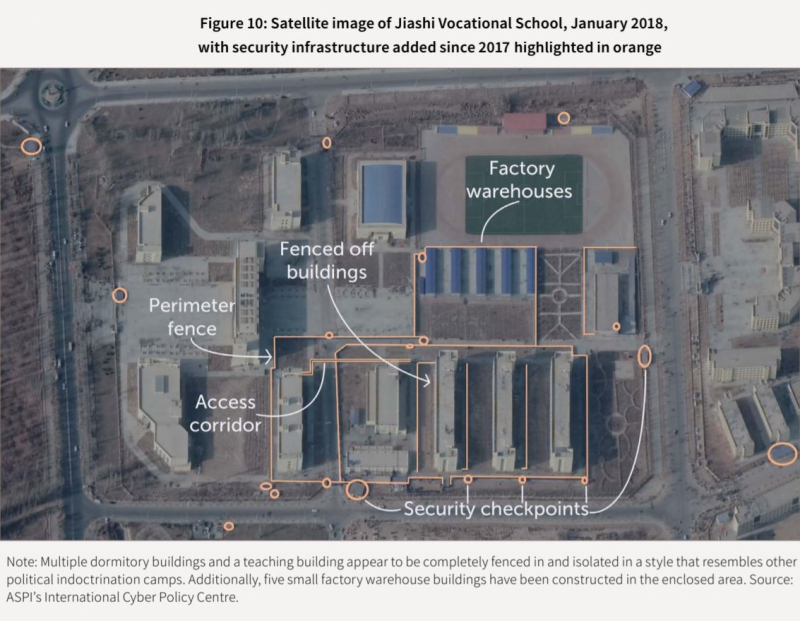 Some have observed it is likely the largest-scale incarceration of people based on religion since the Holocaust.

Movement of Thousands of People on 'Segregated Trains'

The ASPI report claims that "Uyghur workers are often transported across China in special segregated trains" and that authorities and factory bosses continue to closely monitor them.

"The goal of these labor transfers are political," said Ms Xu, primarily aimed at "stripping [Uyghurs] of their unique culture and identity."

"At these factories, they continue to undergo organised Mandarin studies and indoctrination programs."

China is only one of a handful of countries that have not ratified the International Labor Organisation's Forced Labor Convention.

According to the watchdog organisation Global Slavery Index, forced labor is prevalent in China's "production of labor-intensive, cheap goods for export." For more on this, read the full ABC Australia report.

In respect to Apple’s supply chain, the ASPI report notes beginning on page 21, "that in December 2017, Apple’s CEO Tim Cook visited one of the company’s contractors O-Film Technology Co. Ltd and posted a picture of himself at the company’s Guangzhou factory on the Chinese social media platform Weibo as presented below. 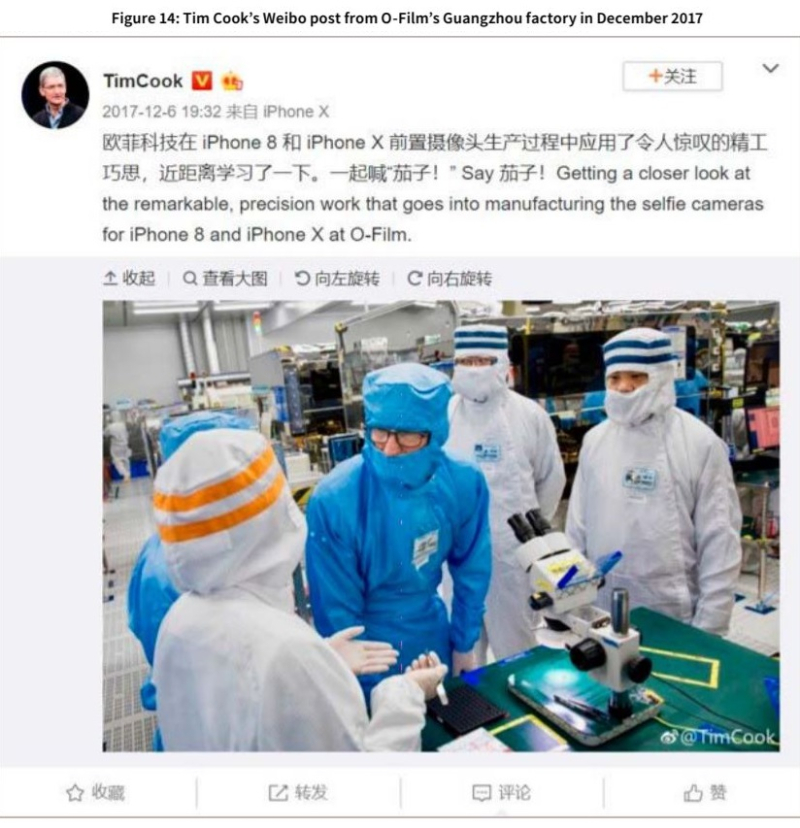 According to a now deleted press release, Cook praised the company for its ‘humane approach towards employees’ during his visit to O-Film, asserting that workers seemed ‘able to gain growth at the company, and live happily.’

O-Film manufactured the ‘selfie cameras’ for the iPhone 8 and iPhone X. The company also claims on its website to manufacture camera modules and touchscreen components for a number of other well-known companies including Huawei, Lenovo and Samsung.

The ASPI report further notes that "Prior to Cook’s visit, between 28 April and May 1, 2017, 700 Uyghurs were reportedly transferred from Lop county, Hotan Prefecture, in Xinjiang to work at a separate O-Film factory in Nanchang, Jiangxi province.

Five months later, in October 2017, the Hotan government in Xinjiang contacted O-Film, hoping to supply another 1,300 workers. On December 12, 2017, a Uyghur worker who claimed to have worked at O-Film said that there were more than a thousand Uyghur workers at the O-Film factory in Jiangxi." 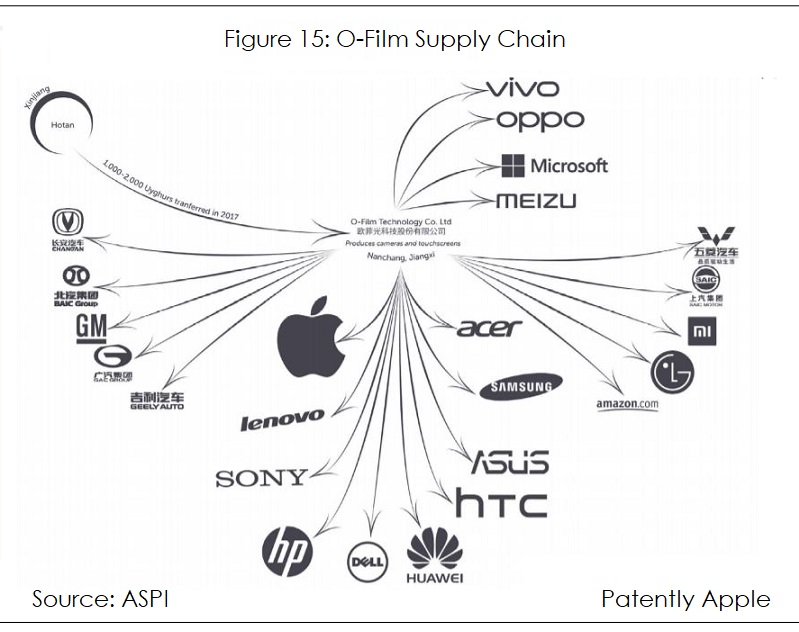 The ASPI report further added that "the O-Film is not the only Chinese factory using Uyghur labor to make parts for Apple and its suppliers. This report identifies three other factories in Apple’s supply chain. A local government document from September 2019 said that 560 Xinjiang laborers were transferred to work in factories in central Henan province—including Foxconn Technology (Foxconn)’s Zhengzhou facility," that makes the bulk of iPhones.

Foxconn, a Taiwanese company, is the biggest contract electronics manufacturer in the world, making devices for Apple, Dell and Sony, among others.The Zhengzhou facility reportedly makes half of the world’s iPhones and is the reason why Zhengzhou city is dubbed the ‘iPhone city’."

The ASPI report goes on to link other suppliers in Apple's supply chain that uses Uyghur labor to make parts for Apple products. They include BOE (LCD Displays) and Hubei Yihong (backlights and battery covers). Apple's supplier list doesn't list this company, but they supply parts directly to GoerTek which makes Apple's AirPods. The report lists other suppliers that are supported by Apple Suppliers making Apple products.

The ASPI report titled "Uyghurs for Sale" could be viewed in full here. There are many parts to the story and many links to explore to get the full story. 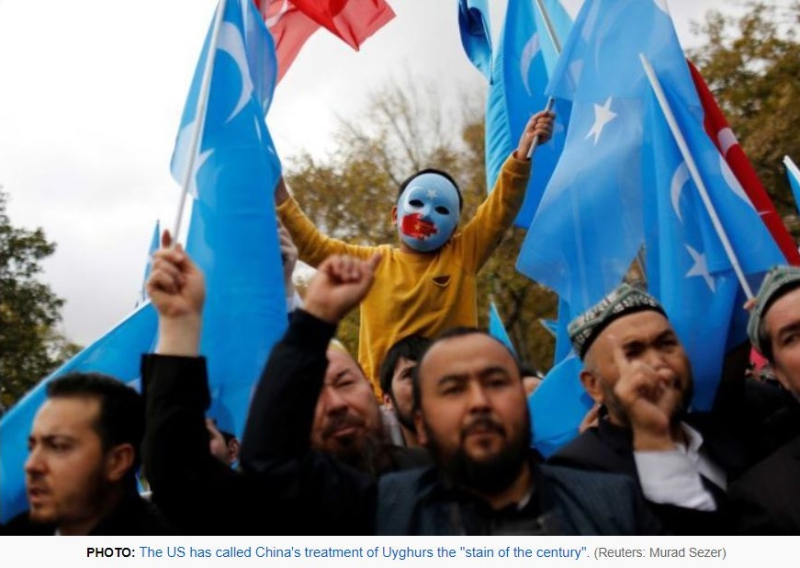