The U.S. Patent and Trademark Office officially published a series of 69 newly granted patents for Apple Inc. today. In this particular report we cover two patents. The first covers possible future iDevices and accessories that will come with built-in photovoltaic cells that will be able to recharge mobile devices. Light sources for the cells could come from the sun, a street light, or other outdoor sources of illumination. The second granted patent covers illuminated Apple Watch bands that could illuminate icons, buttons or even a mini display. Our report also covers two design patents issued to Apple today for HomePod and Apple Card with chip. And, as always, we wrap up this week's granted patent report with our traditional listing of the remaining granted patents that were issued to Apple today.

Apple begins their granted patent with a little background of their invention. Apple notes that it may be desirable to transfer power between a source of power and circuitry that requires power. In some systems, a user must manually plug a power cable into equipment that requires power. In other systems, a user must align equipment to be powered with a wireless charging source. These types of systems can be cumbersome for users. For example, a user may not always have a power cable on hand or may not always be near a wireless charging source.

Items such as cases, covers, bands, headphones, interiors, and other items may have flexible or soft surfaces that can form substrates for photovoltaic films.

Apple's patent FIG. 2 below is a schematic diagram of an illustrative electronic device that may operate in the system; FIG. 4 is a diagram showing how conductive yarn in a fabric may be coupled to control circuitry; FIG. 5 is a cross-sectional side view of illustrative fabric having a photovoltaic cell on a strand in the fabric. 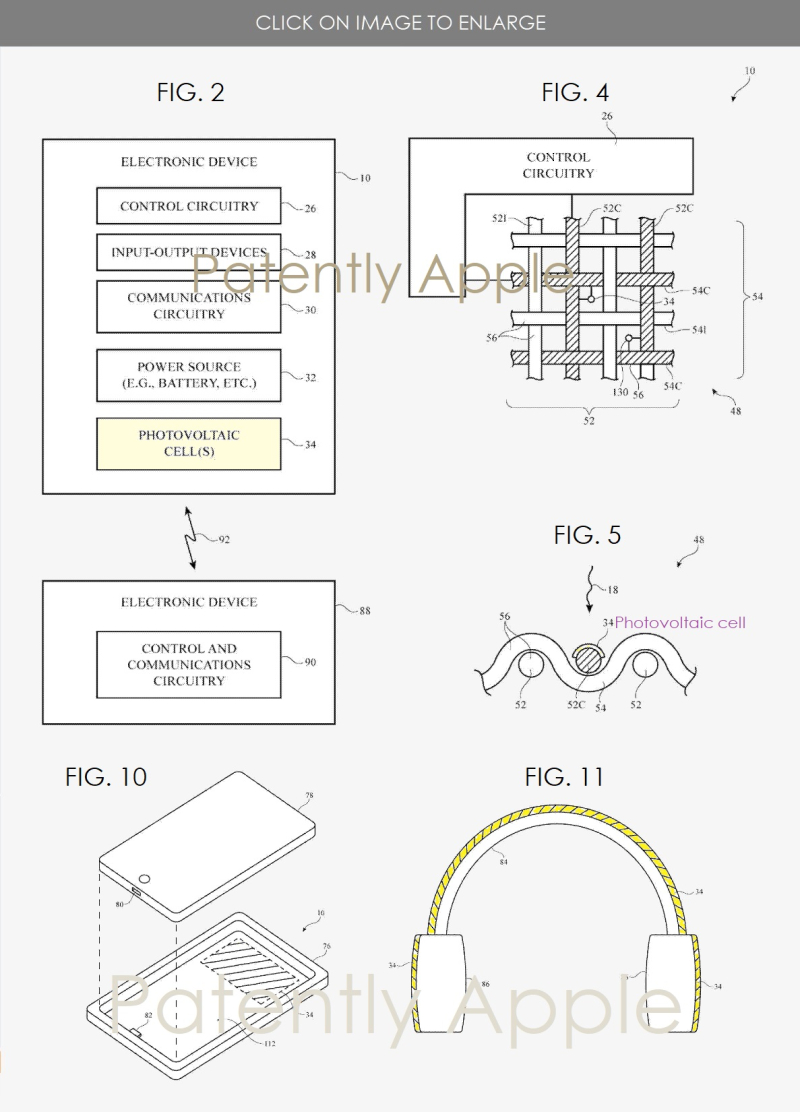 Lastly, Apple's patent FIG. 9 presented below is a side view of a portion of an illustrative vehicle having one or more surfaces with photovoltaic coatings. 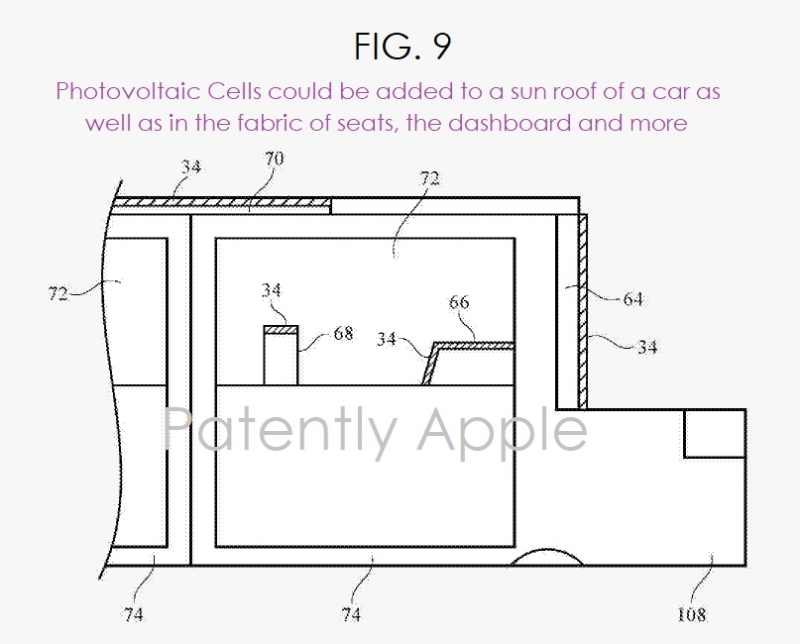 In the example of FIG. 9 above, the system may be a vehicle, a kiosk, a room in an office or other building, or other environment having circuitry that requires power.

The vehicle's Body use solar power panels on the doors, seats, dashboards and beyond.

Apple's granted patent 10,600,928 that was published today wasn't originally filed with USPTO in Q3 2017 but was never made public as a patent application with Apple as Assignee.

Apple has been slowly working on devices with photovoltaic cells and solar in general going back to at least 2011. Other solar cell patents could be viewed here (2015) and here (2016).

Today the US Patent & Trademark Office granted Apple a patent that relates to smart fabrics integrated with a multitude of sensors and features like a camera and flashing color lighting in the form of strand-like stitching on leather that could be set to alert users of messages and more. The bands may also have lit icons or mini displays.

Apple's patent FIG. 10 below is a diagram of an illustrative wristwatch having a strap that is displaying an illuminated trim pattern and additional illuminated content; FIG. 2 is a side view of an illustrative electronic device showing how electrical components may operate through an outer layer of the device. 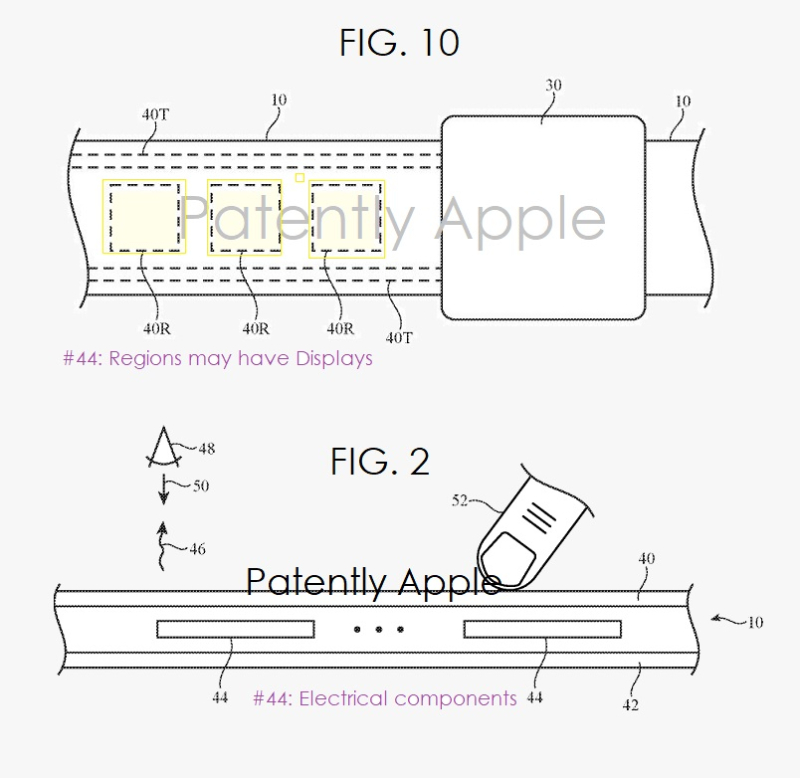 Apple's granted patent 10,595,618 that was published today by the U.S. Patent and Trademark Office was originally filed for in Q2 2018. For more details about this invention, review our original 2018 patent application report here.

The key design patents that were granted to patent today include Apple "Card with Chip," and HomePod as presented below. 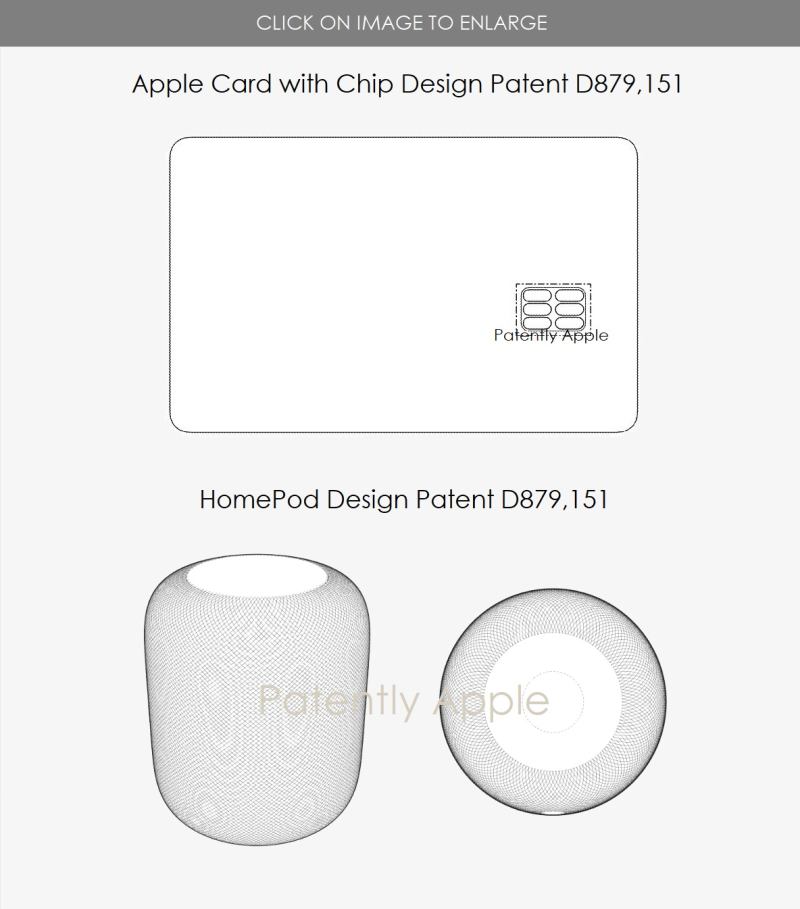 Apple was granted 27 design patents for Apple Card and Chip in Hong Kong last year that you could review here. 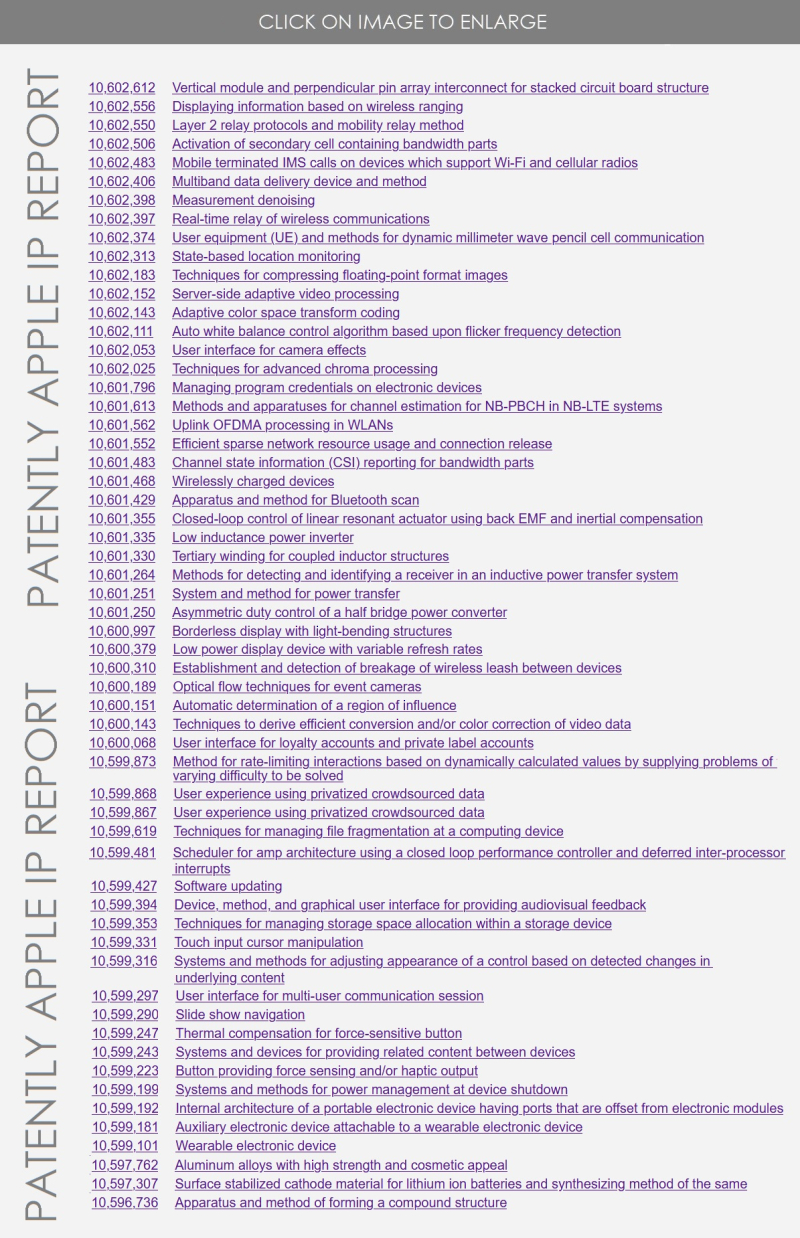