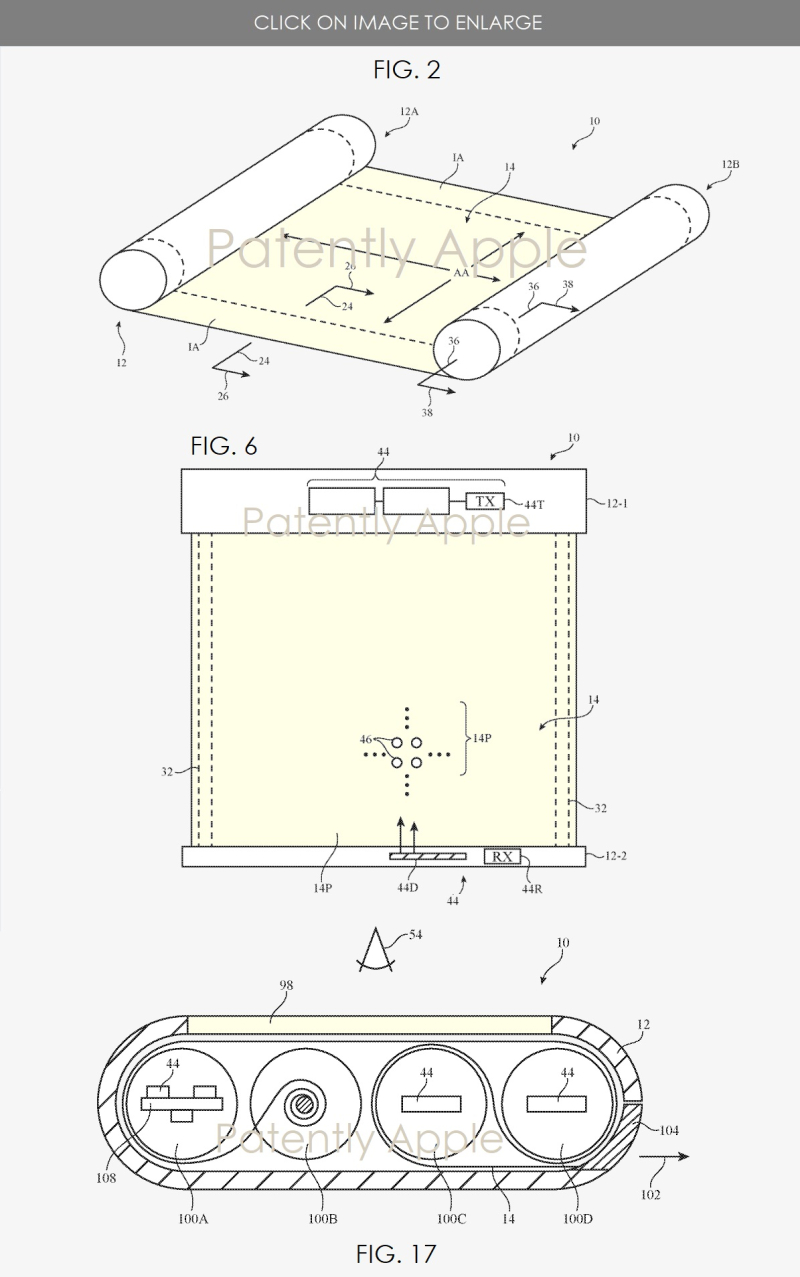 Apple's patent FIG. 15 below is a cross-sectional side view of device #10 in an arrangement in which flexible display #14 may be scrolled and in which device 10 may contain a separate rigid display. A virtual keyboard (e.g., a QWERTY keyboard or other keyboard) may be dynamically formed on touch screen display 14R. Flexible display may be scrolled outwardly when pulled out from housing #12 and may be maintained at a desired angle (e.g., a diagonal angle or other suitable angle with respect to horizontal, as shown in FIG. 15). This allows display #14 to serve as an ancillary display (e.g., to display documents, internet content, etc.) while display 14R is serving as a virtual keyboard or other touch screen input device. 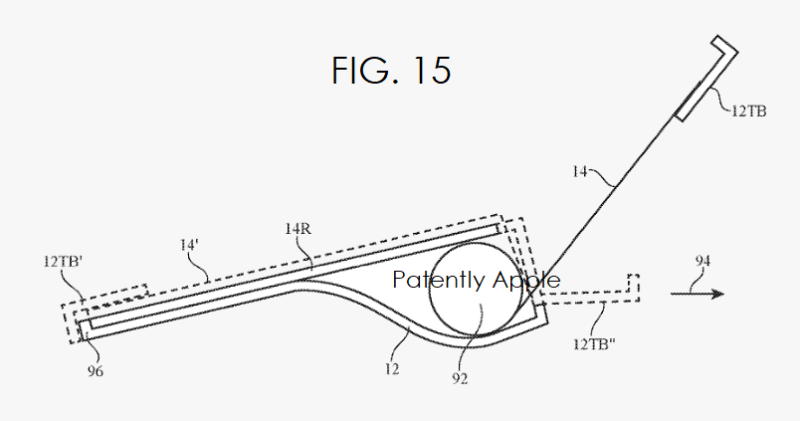 Apple's granted patent 10,602,623 was originally filed in Q4 2017 and published today by the US Patent and Trademark Office.