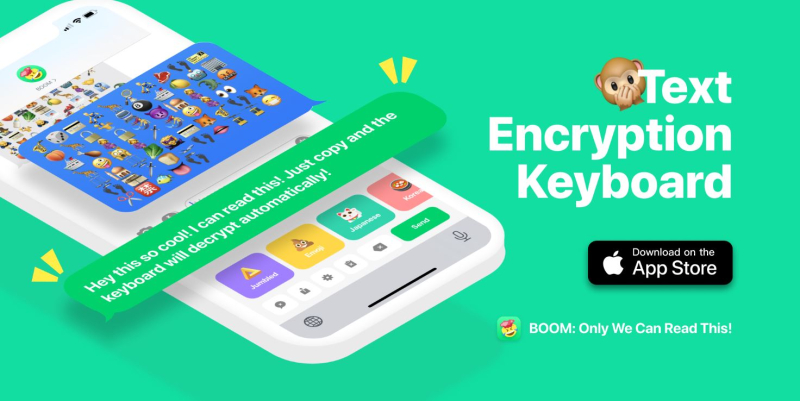 According to an email sent by Apple to Wang, the app was removed because it contained "content that is illegal in China." The app is still available in other regions, including Hong Kong, he said.

While most apps that enable encrypted messages and communications have long been banned in China, Wang said he suspects Boom drew the attention of authorities because of the way Chinese internet users quickly moved to preserve a particular coronavirus-linked article from being scrubbed by censors recently.

The article in question is an interview with Ai Fen, a Wuhan doctor who said she was reprimanded for alerting other people about the novel coronavirus. The article, published on March 10 by China’s Ren Wu magazine, was deleted within hours of its publication.

Various versions of the article, including those reproduced in emoji, English, and even Hebrew, emerged after the deletion as people scrambled to save Ai’s story, part of a broader wave of efforts by internet users in China to prevent censors from removing crucial stories and memories related to the epidemic. Wang said downloads of Boom from mainland China surged after the incident. For more, read the full report from Quartz.

The Atlantic reported yesterday that "The evidence of China’s deliberate cover-up of the coronavirus outbreak in Wuhan is a matter of public record. In suppressing information about the virus, doing little to contain it, and allowing it to spread unchecked in the crucial early days and weeks, the regime imperiled not only its own country and its own citizens but also the more than 100 nations now facing their own potentially devastating outbreaks."

At present costs related to COVID-19 in the U.S. will be well over a trillion dollars to cover the costs of U.S. workers lost wages and measures dealing with the crisis.

The Atlantic's article ends by noting that "After the crisis, whenever after is, the relationship with China cannot and should not go back to normal. Nothing, in any case, will go back to normal after the sheer scale of destruction becomes clear. Of course, the rest of the world will have to live with the Chinese leadership as long as it remains in power. But this pandemic should, finally, disabuse us of any remaining hope that the Chinese regime could be a responsible global actor. It is not, and it will not become one."