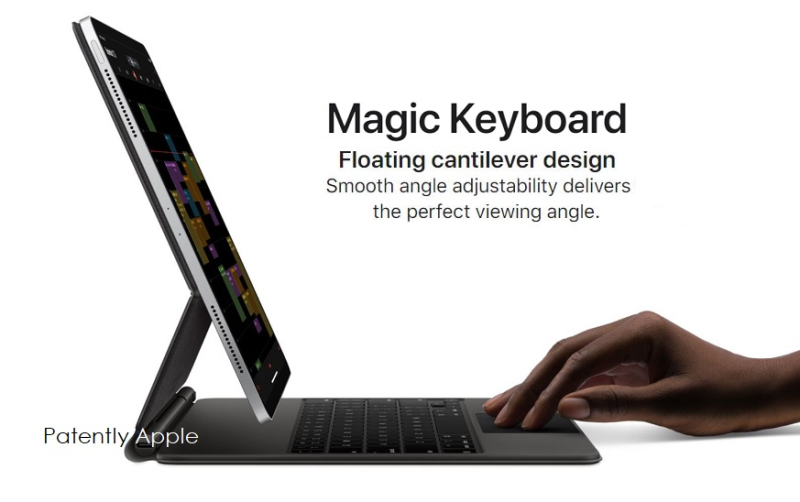 Today the US Patent & Trademark Office published a patent application from Apple that presents us with concepts behind the new Magic Keyboard for iPad Pro with a hinge system built-in to the accessory supporting a floating iPad angle as shown in our cover graphic. It's likely the first of a few patents covering this invention.

For reasons unknown, Apple's engineers decided to bury a possible new feature for a future iMac. Apple presents us with the concept of a hidden handle built-into the back of an iMac to make it easier for users to carry it from room to room.

Apple's patent FIG. 1 below is a concept illustration of an iPad accessory that we now know as the Magic Keyboard for the new iPad Pro. This is a utility patent and not a design patent and so Apple's illustration doesn't have to match that of the actual Magic Keyboard, just convey the concept which it does with the use of a new accessory with a hinge system supported by magnets in the accessory matching the positioning of the magnets within the backside of the iPad Pro. 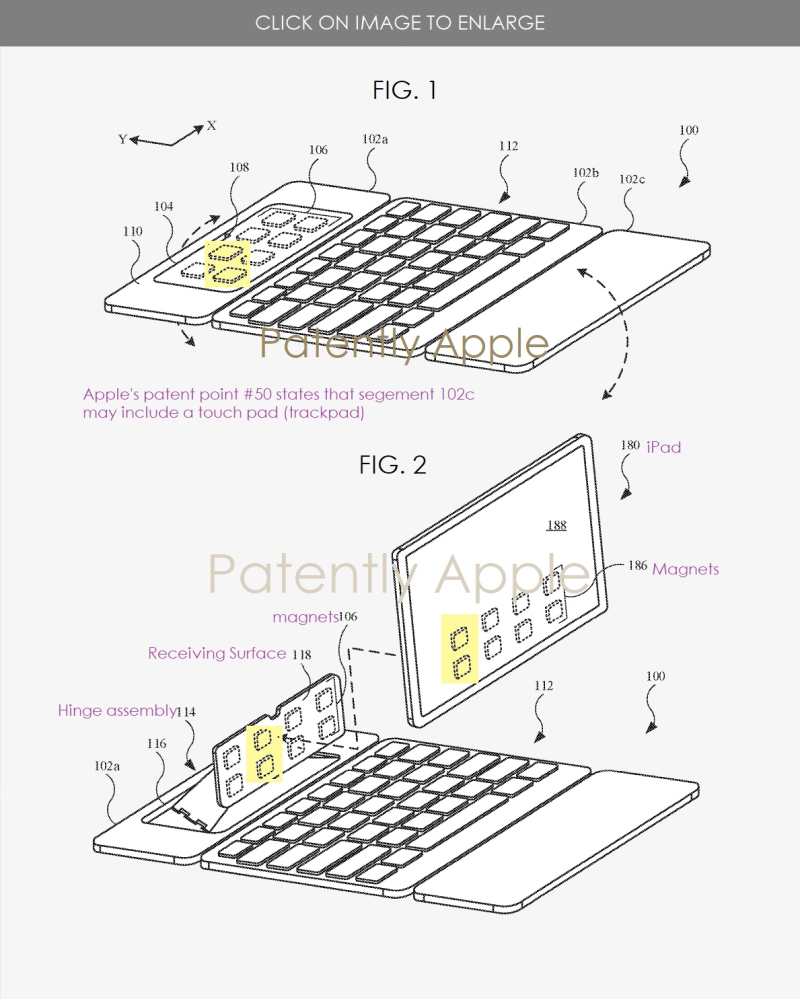 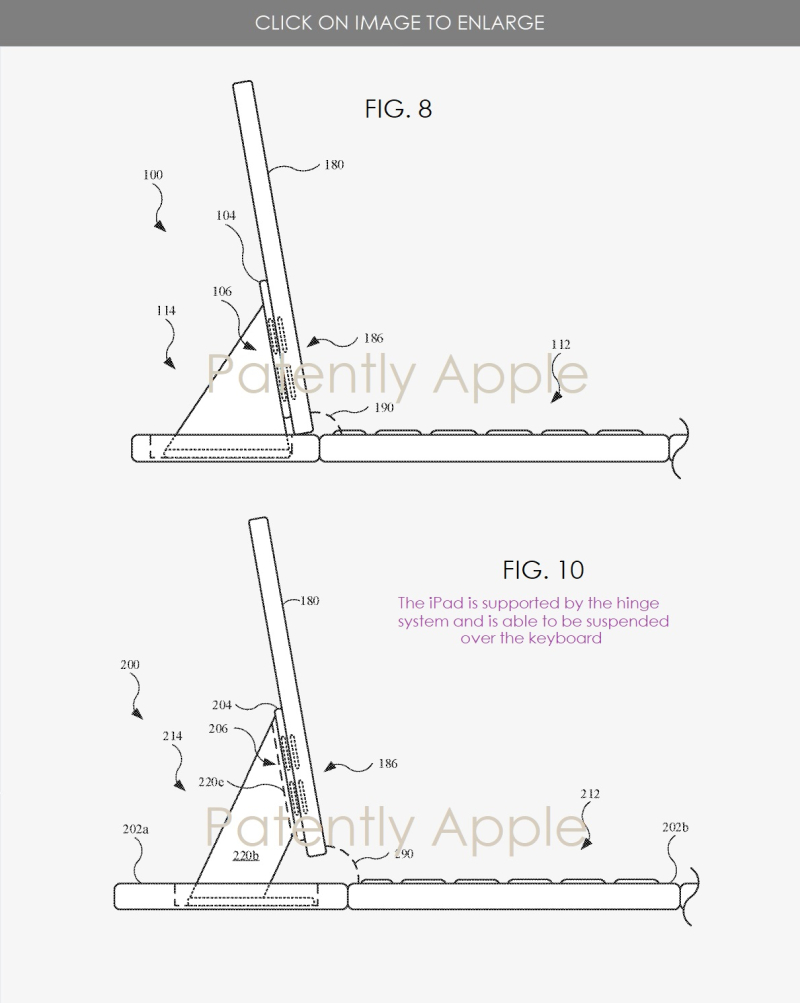 Like many Apple inventions, this is likely the first of a few of the patents that formed the final accessory. Apple's patent claims spell out what Apple is actually protecting in this particular patent application. Here we see that Apple's initial focus is on their new hinge system that allows the iPad Pro to have multiple positions for the user to adjust to. In the future, Apple may decide to cover the USB-C port built-into the hinge system for passthrough charging and so forth.

For reasons unknown, Apple's engineers threw in an oddball invention at the end of this Magic Keyboard accessory patent application. It's for a possible new handle built-into the backside of a future iMac to make it easier for users to move their all-in-one desktop from room to room. 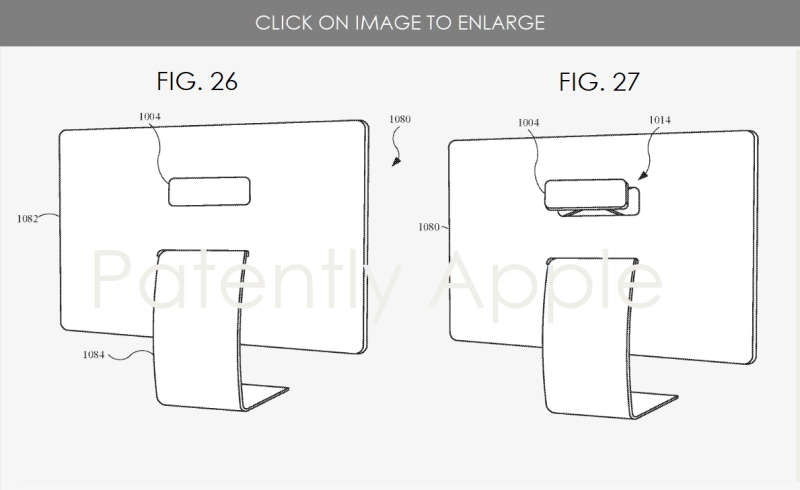 Apple formally states that "FIG. 27 illustrates an isometric view of the electronic device #1080 shown in FIG. 26, showing the panel #1004 extended from the housing #1082.  "The panel may define a handle that can be grasped by a user to pick up and move the electronic device." Accordingly, the hinge assembly #1014 and the panel may transition from a stored configuration to a deployed configuration as shown in FIG. 27.

Apple's patent application 20200097050 that was published today by the U.S. Patent Office was filed back in Q1 2019. Technically and in-part, this is a patent fulfilled regarding the Magic Keyboard.