Apple’s US$1,000 Pro Display XDR stand is the most expensive dongle ever, reported The Verge last June. Today the US Patent & Trademark Office published two patent applications from Apple that cover the both the XDR stand's Display Arm along with an all-new display stand that is likely for a future display for the "Rest of Us."

Apple's patent FIG. 2 below illustrates a modular display system that enables the display unit to be detached from a stand. 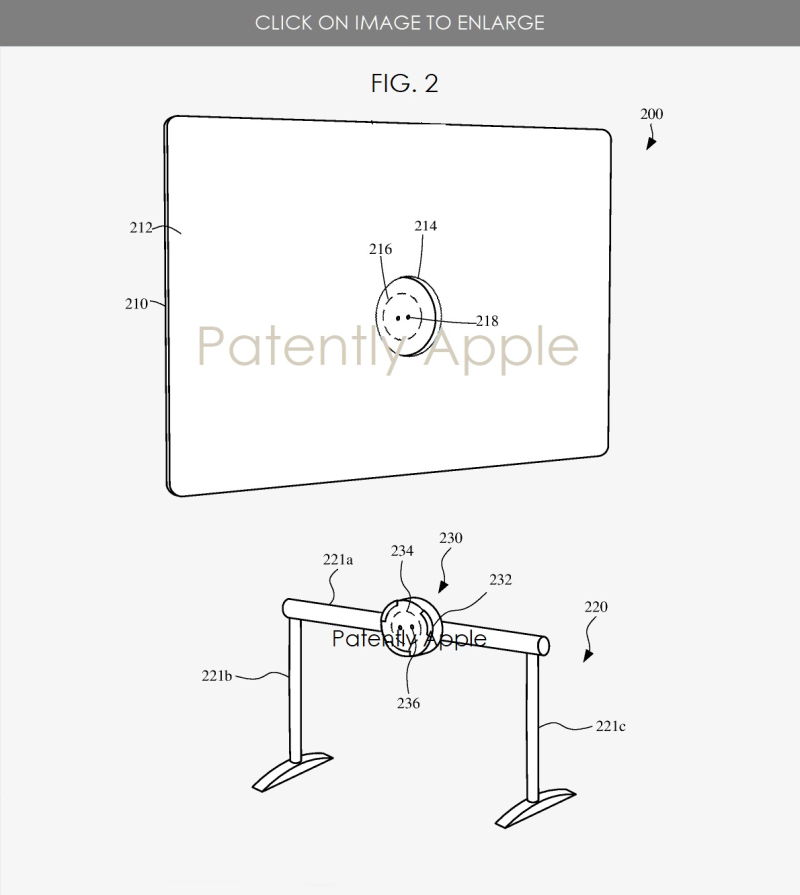 The surface feature can include a protrusion at an entrance of the recess that forms a slot in a radial surface of the recess. The movable component, when in the first position while the magnetic attachment mechanism is inserted in the recess, extends into the slot.

Apple's patent application 20200084902 that was published today by the U.S. Patent Office was filed back in Q3 2019. Considering that this is a patent application, the timing of such a product to market is unknown at this time.

Apple's invention is a display stand assembly and related methods that can make usage of the stand intuitive, secure, and robust. Traditional display stands comprise a top hook and spring latch or screw mount. Once assembled, the display can then rotate, relative to the stand, between landscape and portrait orientation. In either case, the user is required to actively move a latch or apply a screw to attach the display to the stand, and these activities can only be performed from the rear side of the screen. 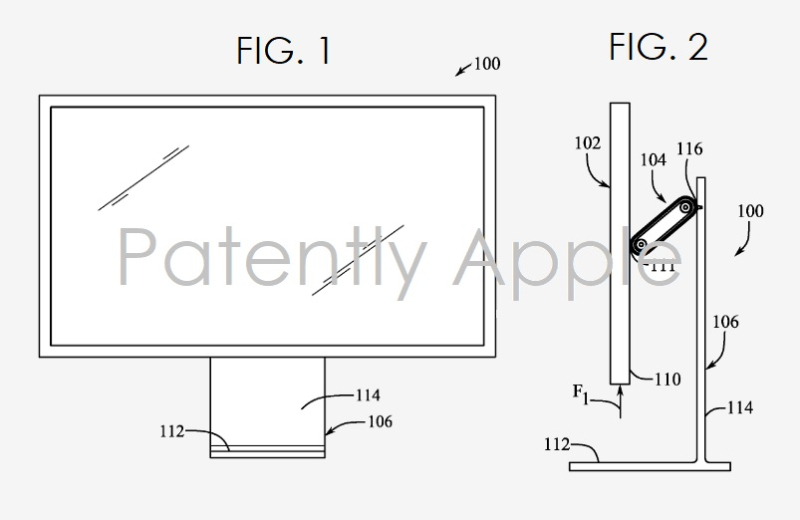 Apple's patent FIG. 1 above shows a front view of a display in a landscape orientation and lowered position relative to a stand; and FIG. 2 shows a right side view the display assembly of FIG. 1.

Apple's patent Application 20200081483 was published today by USPTO and originally filed in Q3 2019. You could drill into this patent here for more details. You could also check out Apple's overview of their XDR Display and stand here.