The advanced process R & D capabilities Wafer leader TSMC are amazing, according to a new report from Henan China today. The report pointed out that a new report from the semiconductor analysis and research institution, states that the number of transistors for Apple's iPhone and iPad A series processors has been 43% per year at ultra high speed since 2013.

The current generation A13 processor is produced using TSMC's enhanced 7nm process with EUV technology, and the number of transistors has reached 8.5 billion. It is expected that in the first half of this year (2020), the number of upgraded A13X processor transistors will exceed 10 billion in one fell swoop, and TSMC's advanced manufacturing process will still follow the trajectory of Moore's Law. 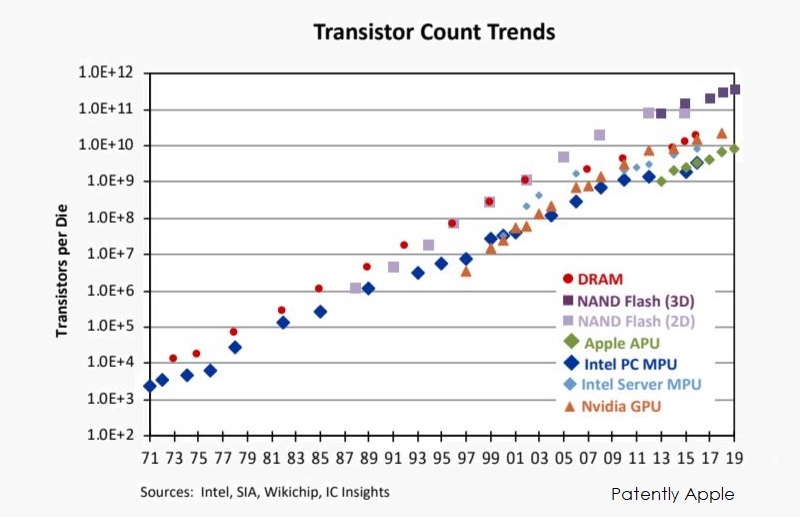 In the future, TSMC has stated that transistor counts will continue to advance by increasing density at the crystal level. Further, they could use 2D materials instead of silicon crystals as channels to make transistors, stacked multilayer electrical transistors in a single 3D semiconductor circuit. The Chinese report noted that TSMC has many magic weapons unused that we'll hear about over time.

In other supply chain news today, Digitimes has found a report that claims that production of entry-level AirPods Pro to resume momentum Q2 2020.

The report went on to state that "Production of an entry-level version of Apple’s AirPods Pro, dubbed tentatively AirPods Pro Lite, is expected to kick off between the end of the first quarter and the beginning of the second quarter, according to sources at chip and component suppliers engaged in the supply chain for True Wireless Stereo (TWS) devices."