Beyond the FBI, UK's MI5 Spy Agency continues to call upon Silicon Valley to assist them on Encryption Issues 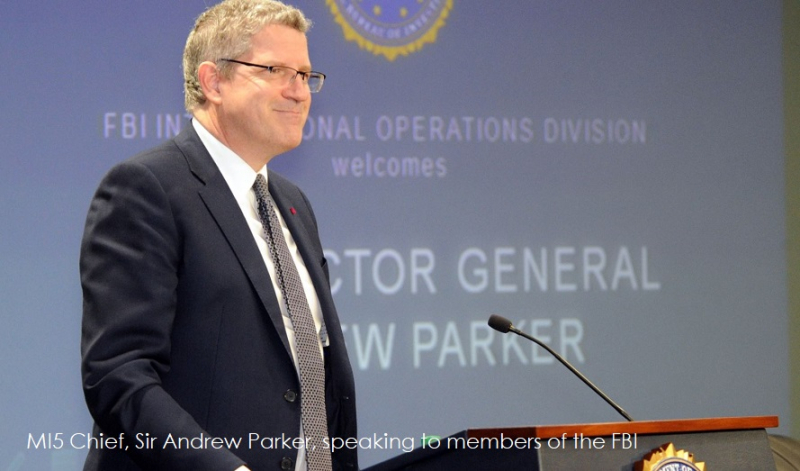 The debate between the U.S. government (Obama and Trump) and Silicon Valley over encryption has been an off and on again verbal battle for years now. In mid-December Patently Apple posted a report titled "Senators Threaten Apple, Facebook and other Tech Companies that they'll Regulate Encryption if they're Forced to." Then last week we posted a report titled "Legislation in the works could remove immunity that currently protects tech companies from having to Assist Law Enforcement."

Once again, because the legislation is being drafted carefully by Republicans and leading Democrats, there's a chance that this could become law if the political will is there to get it to the Senate who will assuredly pass it. It'll be the first legislation and likely not the last in the government's battle over Silicon Valley's fight over encryption.

On the other side of the issue, the attitude from Silicon Valley is one of defiance and that was made clear earlier this month in our report titled "Facebook's Zuckerberg Doubles Down on End-to-End Encryption no matter who it 'Pisses Off'."

Earlier this week UK's Guardian reported that MI5’s director general had called on technology companies to find a way to allow spy agencies "exceptional access" to encrypted messages, amid fears they cannot otherwise access such communications.

Sir Andrew Parker is understood to be particularly concerned about Facebook, which announced plans to introduce powerful end-to-end encryption last March across all the social media firm’s services.

In an ITV interview that was broadcast yesterday, Sir Andrew Parker says he has found it "increasingly mystifying" that intelligence agencies like his are not able to easily read secret messages of terror suspects they are monitoring.

The result, he says, is that cyberspace has become "a wild west, unregulated, inaccessible to authorities," as he repeated calls that have been made by Britain’s spy agencies in recent years for special access to encrypted messages.

Only a small portion of Mr. Parker's commentary was made about Silicon Valley in the full ITV interview as presented below. The video has been set to start when talking about encryption. The topic runs about 1 minute and 37 seconds. The beginning of the interview, should you be interested in hearing it, covers the recent terrorist attack in London.

In November 2018, Ian Levy, the technical director of GCHQ’s National Cyber Security Centre, proposed that tech companies send a copy of encrypted messages when requested following a warrant to spy agencies, a technique known as the "ghost protocol."

That was rejected six months later by a group of technology companies, including Apple and WhatApp, which said it would risk misleading users because it would secretly turn "a two-way conversation into a group chat where the government is the additional participant." For more on this, read the full Guardian report.

The encryption issue is likely to heat up over the next year. The two U.S. political parties are currently agreeing to break Silicon Valley's position on encryption.

Yet remember that this is an election year and all bets are off that the Democrats working on this legislation will stand firm. Democrats are raking in massive contributions from employees from the likes of Apple, Facebook, Google and Amazon as the chart below confirms. Will the Democrats bite the hand that feeds them? Likely not, but only time will tell