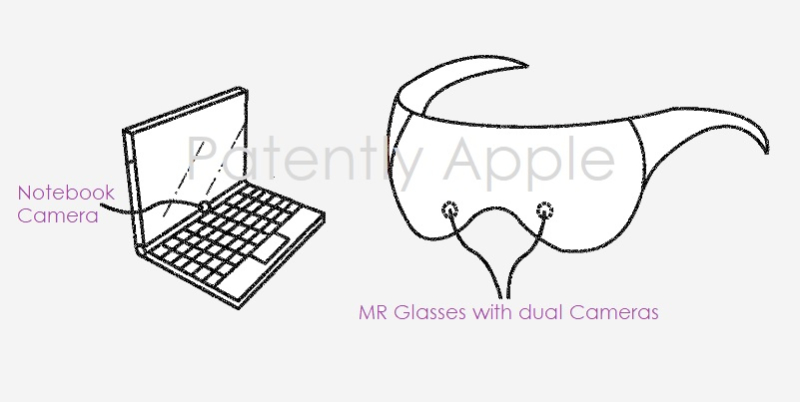 Patently Apple has covered a number of patents over the last two years that originated from Apple's acquisition of SensoMotoric (01, 02, 03, 04 and 05) relating to eye tracking systems integrated into future MR glasses. Today Apple was granted yet another patent originating with SensoMotoric titled "Communication system and method for providing a bionic virtual meeting room." Different kinds of virtual meetings will be made possible in the future that could be applicable to a business meeting, a social media virtual private meeting with friends and even for gamer teams.

Such communication devices may be computers, mobile virtual reality or augmented reality glasses, tablets or smart phones, which can be communicatively coupled for example over a network, like the internet. 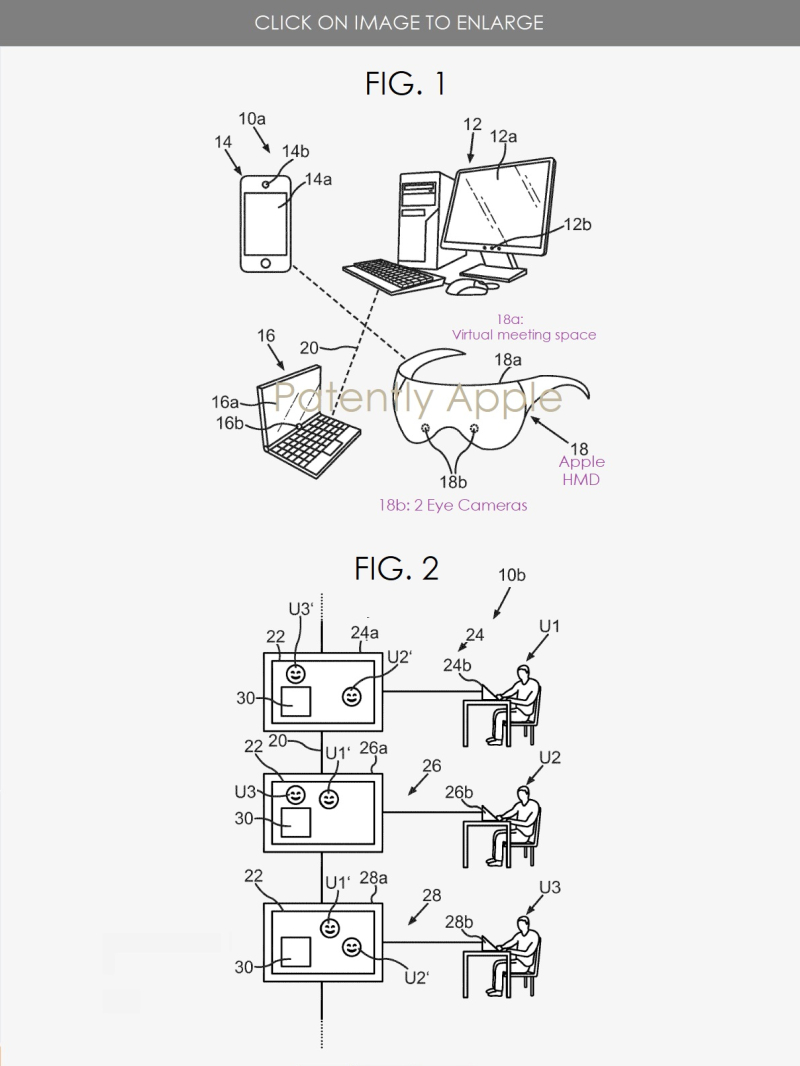 Apple's patent FIG. 4 below a schematic illustration of a biometric characteristic and their corresponding virtual representation; and FIG. 5 is a flow chart for illustrating a method for operating a communication system. 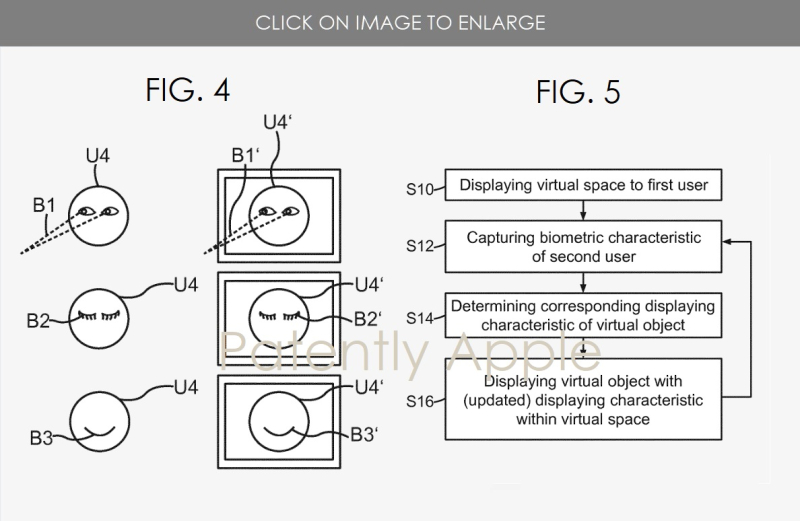 By means of the invention a virtual meeting space can be provided that can be made optimally fit for any purpose and participants by biometric adaption. The great advantage of the invention lies in the matching quality between purpose of meetings, human gatherings, and the respective background of the participants.

The optimal alignment of these aspects allows higher effectiveness and efficiency in human interaction over distances and any size of group from two to very many.

Finally, the special arrangement could be designed to resemble certain real life settings and could deliberately the same or different for different users. As a result such a bionic virtual meeting space could allow the moderator or organizer, which can be one of the users or a different person, and/or participant to choose the level of engagement and the degree of cultural adaption of a meeting space including its objects and characters from very factual reducing emotional triggers to the minimum to a highly effective setting, or from a uniform to a highly culturally and socially adapted setting that takes into account cultural, sociological, gender, age etc. background.