Home Archives Contact Us Subscribe Twitter Facebook Patently Mobile
A new iPad Pro and new entry iPhone Model is still rumored to be on track for the first half of 2020
Apple Wins an Inventive Patent for a Futuristic Bionic Virtual Meeting Room for Business, Social Media and Gaming using Smartglasses+

The U.S. Patent and Trademark Office officially published a series of 69 newly granted patents for Apple Inc. today. With Apple's updated Apple Pencil users are able to pair and charge wirelessly and change tools, like a pencil to an eraser, with a simple double‑tap. In this particular report we briefly cover Apple's granted patent for a future Apple Pencil that will continue to advance Apple Pencil with haptics in the grip area along with possible new components such as a biometric reader, a display, pressure sensors and more.

Apple notes that according to some embodiments, Apple Pencil (stylus #100) can include other components including, for example, orientation detectors, gyroscopes, accelerometers, biometric readers, displays, sensors, switches (e.g., dome switches), buttons, voice coils, and/or other components.

Apple's patent FIG. 1 below illustrates a view of a system including a stylus and an external device; FIG. 2 illustrates a perspective view of the stylus of FIG. 1. 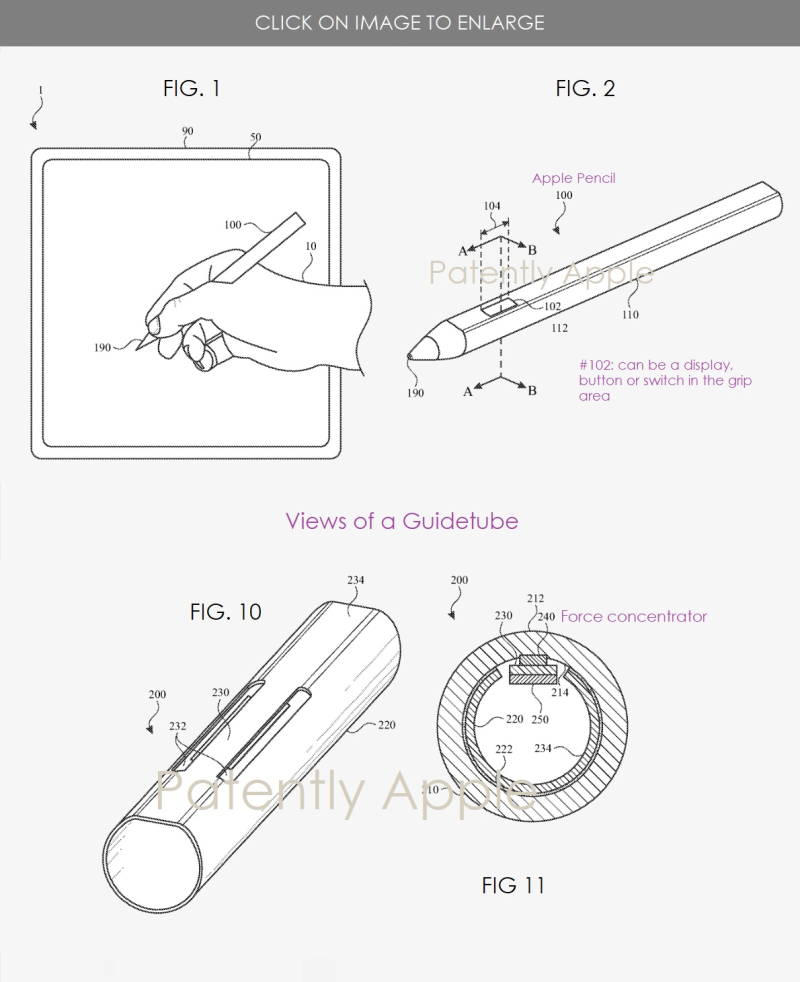 Apple's patent FIG. 26 below illustrates a side sectional view of Apple Pencil with the second piezoelectric device in a deformed state representing force touch activation. 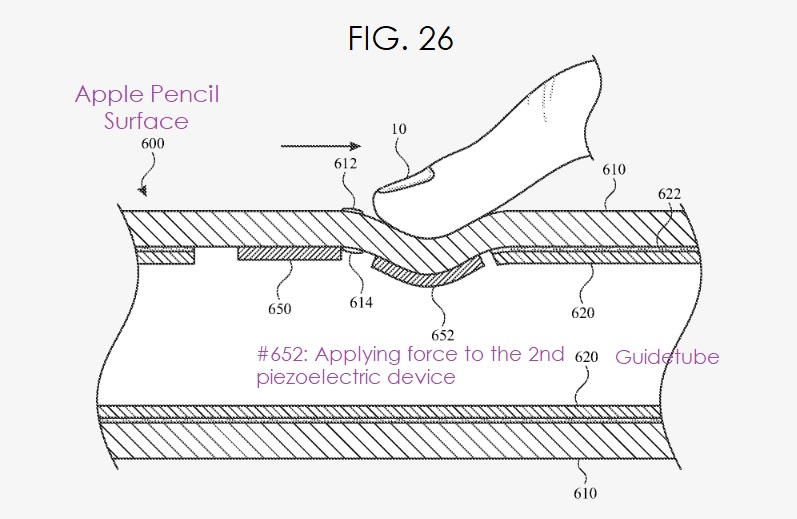 Apple's granted patent 10,564,724 was originally filed in Q3 2017 and published today by the US Patent and Trademark Office. This is a very complex new Apple Pencil design and you could review the finer details here.