Apple wins a Project Titan Patent that reveals an In-Vehicle device location system that extends to buses, cabs and beyond 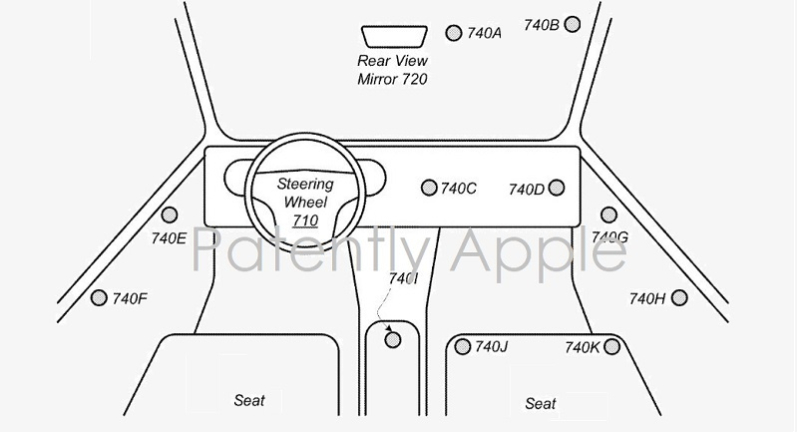 The U.S. Patent and Trademark Office officially published a series of 69 newly granted patents for Apple Inc. today. In this particular report we cover a new Project Titan granted patent that could apply to automobiles, trucks, vans, buses, taxis and even planes. Apple has invented a device location system for vehicles. In once scenario Apple explains how a user taking taxi cab home drops their device and when leaving the cab a device location system will inform the cab owner that a device has been located in the cab and to notify the customer that their device is still in the cab. This will also be of value in buses and shuttle craft and beyond. In an airplane scenario, Apple has worked on their system connecting to onboard Wi-Fi for not just location but in-flight notifications.

User elements in a vehicle, for example a car window, can be controlled with a manual control located on the interior of the vehicle. However, these manual controls are usually only accessible to a passenger who is sitting physically close to the control. For example, a passenger in the backseat of a car can generally only operate the window that is located closest to him or her. Moreover, if the particular window control that is closest to the passenger malfunctions, the window may become completely inoperable to the passenger.

Apple's invention covers systems and methods to determine the location of mobile devices inside a vehicle. A vehicle includes an onboard computer and one or more signal generators and/or sensors on the interior of the vehicle. 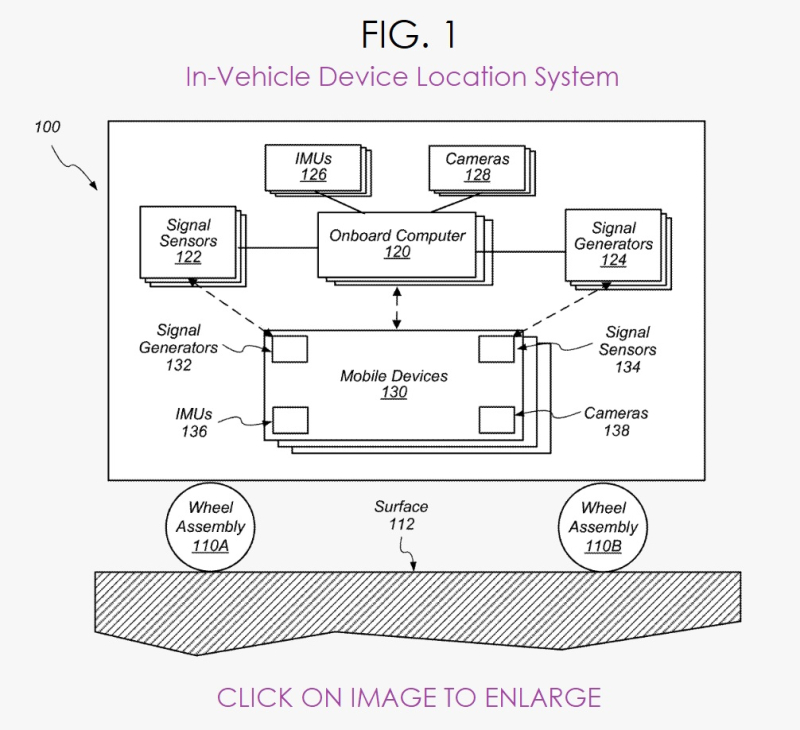 Apple's patent FIG. 7 below illustrates a vehicle interior that includes a device location system using signal sensors and/or generators to determine a device location, according to some embodiments. FIG. 7 depicts a view of the front cabin of a vehicle 700. The exemplary cabin contains a steering wheel 710, a rear view mirror 720, and seats 730A and 730B. The shaded circles 740A-K in FIG. 7 represent signal generators and/or signal sensors. 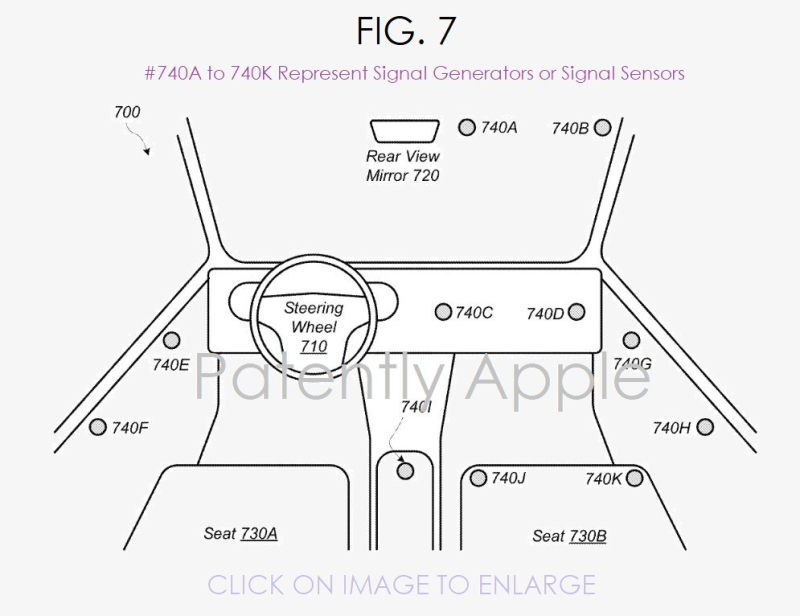 The placement of the signal generators/sensors 740A-K in the exemplary vehicle cabin are designed to detect the location of a mobile device located in the vicinity of the passenger side seat 730B.

The vehicle and the device may perform a handshake procedure to determine certain parameters of how location determination will be carried out. For example, vehicle's onboard computer and the device may elect a particular method of location determination (for example IR signaling) as a preferred method, and for a particular method, the operational parameters (for example the intensity and the wavelength of the IR pulses to use).

For more examples check out Apple's granted patent 10,555,133 that was originally filed in Q3 2017 and published today by the US Patent and Trademark Office.