Prior to Chinese Smartphone Companies like Xiaomi, Vivo and even Huawei took off to dominate the Chinese market, Andy Rubin, the dismissed executive behind the Android OS, had a real chance at being a smartphone player with his new smartphone called "Essential."

While no one expected the Company 'Essential Products' to be a runaway hit, Rubin might have thought that Google would one day be tempted to acquire the company instead of HTC that eventually gave way to the Pixel Phone. I think the Essential phone was much better than those from HTC. Though I'm sure die-hard HTC fans will see things differently.

The day after Rubin announced his company and his smartphone, Patently Apple posted a patent report covering a future Essential Phone project for adding unique accessories that could connect to the back of the phone as presented in the patent figures below. 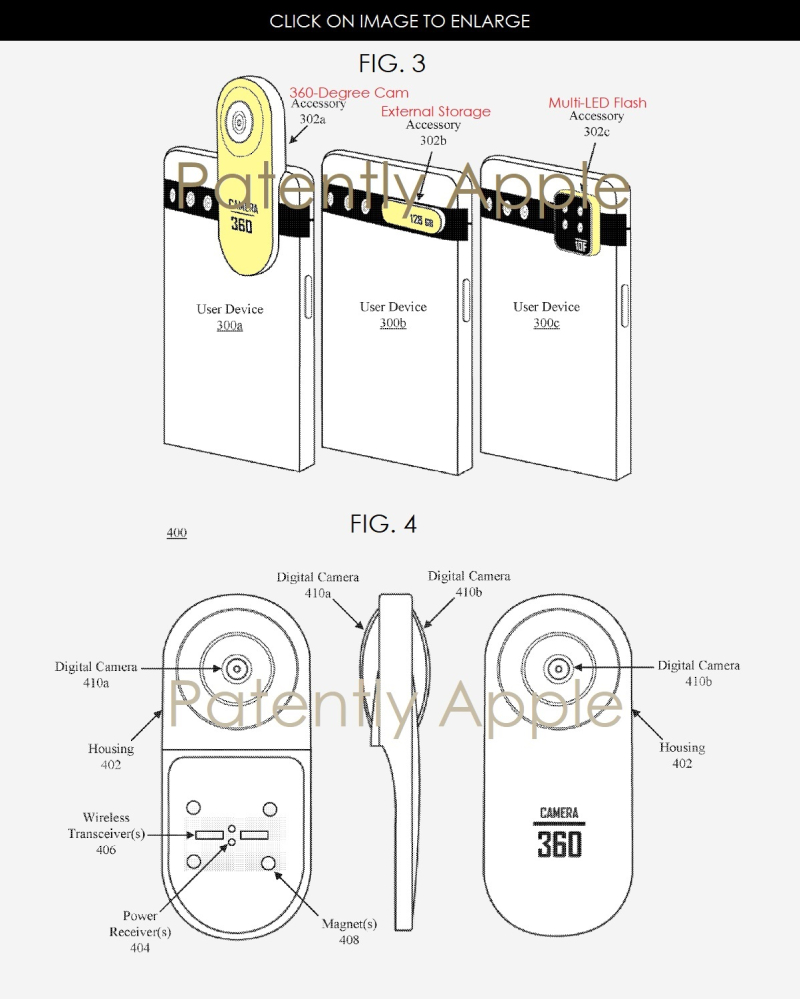 Last October Rubin revealed that they were working on an all-new smartphone form factor that was dubbed "Project GEM," in many colors as presented below. They took a gamble on a very different, if not strange design that would require developers to start from scratch. I'm sure that didn't go over well. 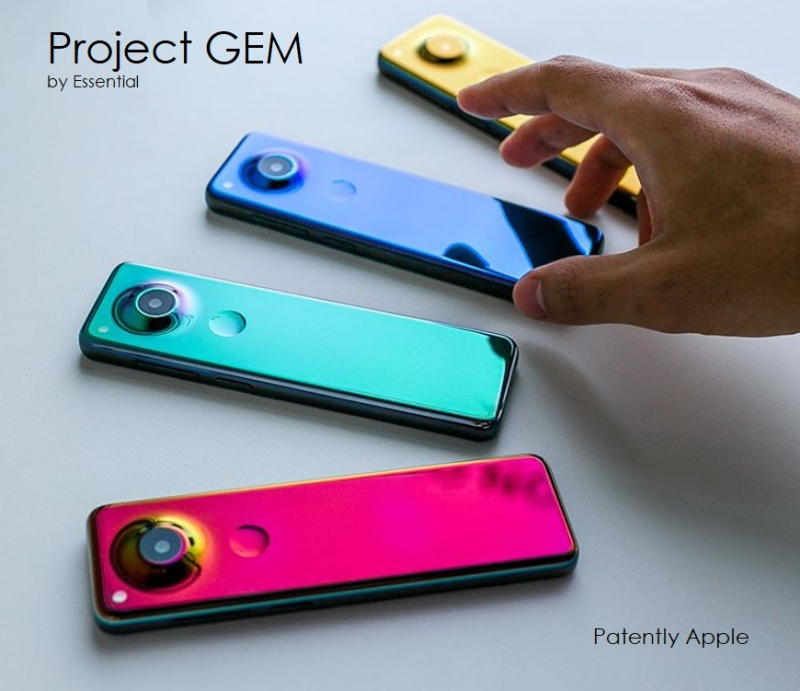 Too Late, Time's Up, Bye-Bye

In October, we introduced Project GEM, a new mobile experience that our hardware, software and cloud teams have been building and testing for the past few years. Our vision was to invent a mobile computing paradigm that more seamlessly integrated with people’s lifestyle needs. Despite our best efforts, we’ve now taken Gem as far as we can and regrettably have no clear path to deliver it to customers. Given this, we have made the difficult decision to cease operations and shutdown Essential.

We are incredibly grateful to our employees in Palo Alto and Bangalore as well as our global partners for their help and dedication bringing this concept to life. The CloudMagic team joined us last year and in addition to delivering Newton Mail, a cross-platform email app enjoyed by many, have supported the development of Gem."

You could read the rest of their final statement here and watch up to four videos about their last device.  The one about its voice activation mode was of mild interest. 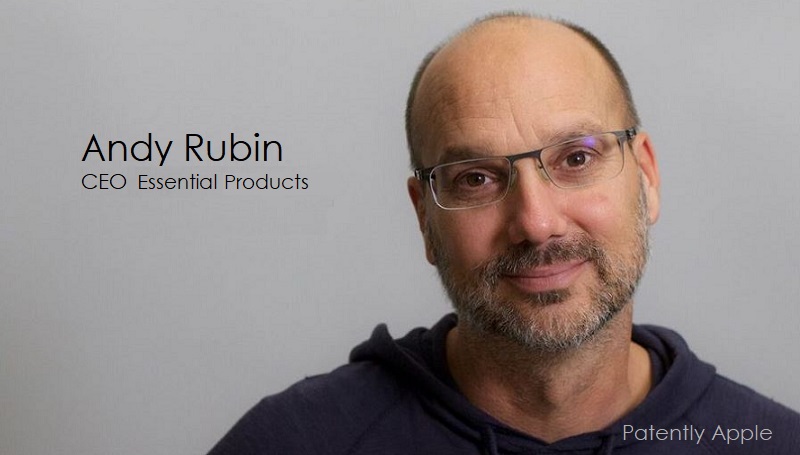