Pegatron Confirms new Plants coming to Vietnam and Indonesia in 2020 and would open one in India if ...

Last week Patently Apple posted a report about Apple Supplier Pegatron possibly expanding production into Vietnam. Today an Asian report claims that Taiwan's Pegatron, the world's second-largest contract manufacturer of electronics, plans to have new factories up and running in Indonesia and Vietnam by the end of the year.

The move is aimed at moving production away from the company's main plants in China, where operating costs have risen due to higher labor costs and the U.S.-China trade war, said Tung Tzu-hsien, Pegatron's chairman.

Pegatron makes a wide range of devices, including Apple iPhones, under contract. It is second only to fellow Taiwanese company Hon Hai Precision Industry, better known as Foxconn. Tung told the Nikkei that the Indonesian and Vietnamese plants will make devices for internet connectivity. 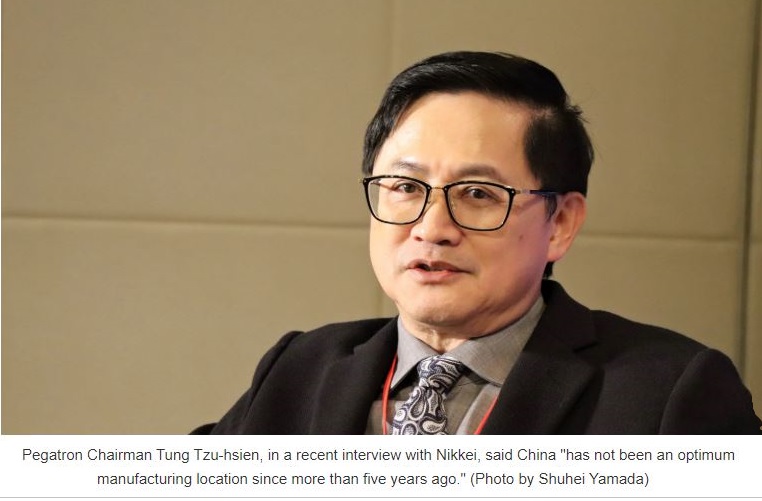 Tung added that the new plants in Asia is mainly due to China not being an optimum manufacturing location over the last five years, adding, "When U.S. President Donald Trump threw a stone, diversification of production began tumbling like building blocks."