The figure represents a 16-per-cent increase in App Store revenue from 2018 and highlights growth of more than 250 per cent in the past five years.

Apple’s business model is increasingly shifting to focus on services revenue tied to the more than 1.4 billion iPhones, Macs, iPads, Apple TVs and Apple Watches that are currently in use around the world.

In other Sensor Tower App Store news, the top three apps worldwide on the App Store for December 2029 was TikTok, YouTube and WhatsApp. See the list below for the top 10 on both the App Store and Google Play. 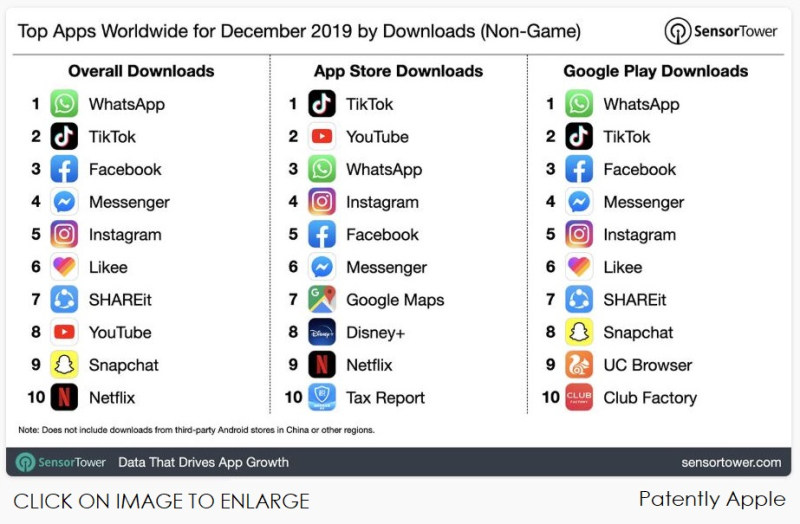 Last week Patently Apple posted a report titled "The Latest Security Flaw found in the TikTok App Supports the Governments Belief that the app is a National Security Threat." Will the discovered threat hurt the app's popularity for January? Only time will tell.