Home Archives Contact Us Subscribe Twitter MeWe Facebook Patently Mobile
Apple Announces that 'The Banker' Film will hit theaters on March 6th and Apple TV+ on March 20th after their Investigation Ended
While Apple Opposed the EU's Desire for a Common Charging System in 2019, the EU is likely to force Lightning out of Europe

On September 10th at the Steve Job Theater Apple introduced iPhone 11, 11 Pro and more including their gaming service 'Apple Arcade.' Kaiann Drance introduced the entry level iPhone 11 at around the 49:15 mark of their Special Event.  Drance pointed out that the GPU in the new iPhone 11 was the fastest in a smartphone today.

At the 1:00:24 mark of the event Drance introduced Giant Networks, the force behind some of the most popular mobile games in China. At the time their new studio called TipWorks was preparing to release their latest games for iOS called Pascal's Wager. The owner Yang Yang praised Apple's iPhone 11 GPU, Metal 2 and more during his demo. The video of the Special Event below starts at the point that TipWorks founder is introduced. You can end the video when that segment is finished.

Today it was announced in China that Pascal's Wager is now available to purchase and download at the App Store for US$6.99 ($9.99 Canadian).

The Chinese website Abacus recounted a conversation with Yang Yang the founder of TipWorks that was at the iPhone event in September 2019 that the studio chose to ignore  the pay-to-win business model that's popular in mobile games in China. He wanted to make a game that wouldn't let true gamer's down.

Yang said that he put the money he saved for a kidney transplant in developing the game. What an odd admission. Below is an iPhone screenshot of the game on the App Store. 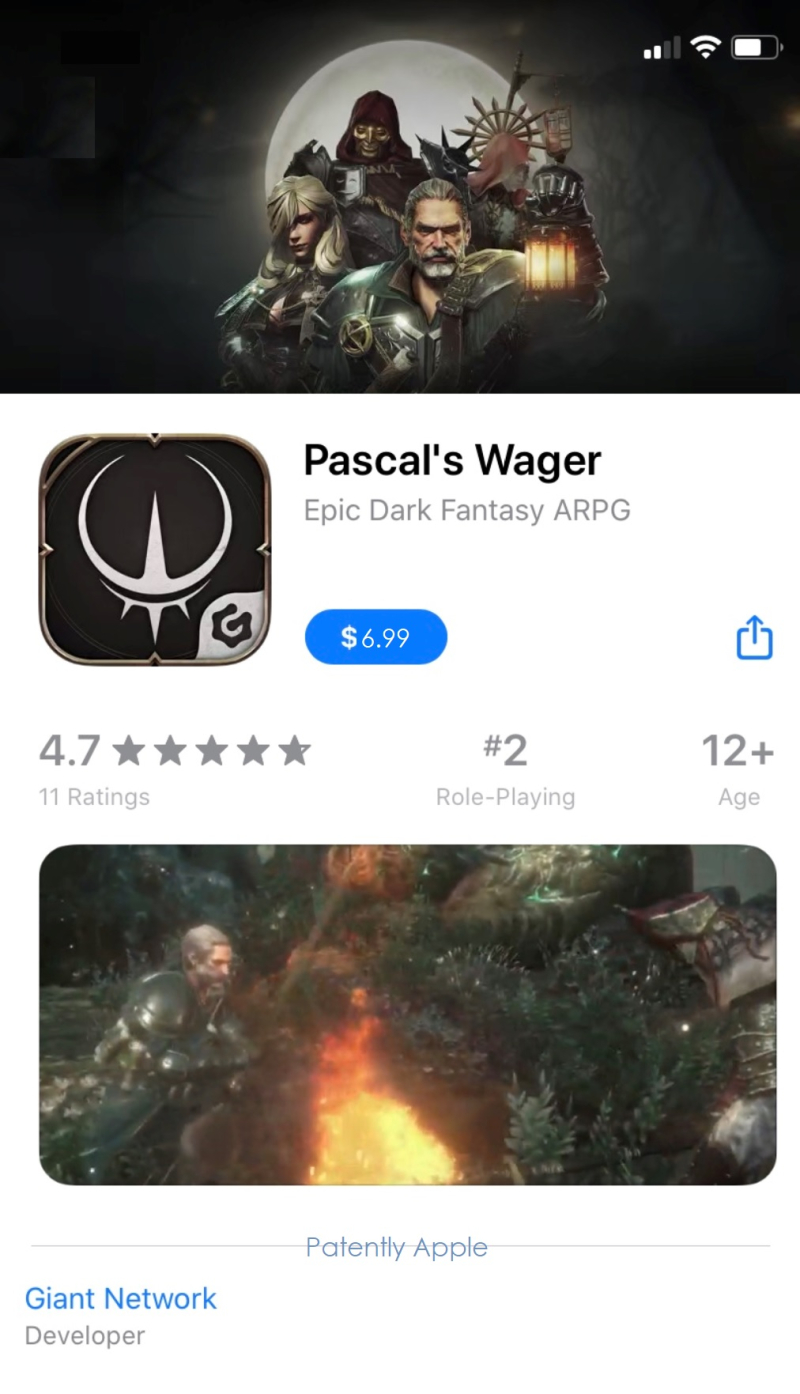 If you want to see more of the gameplay, check out the 42 minute demo below.