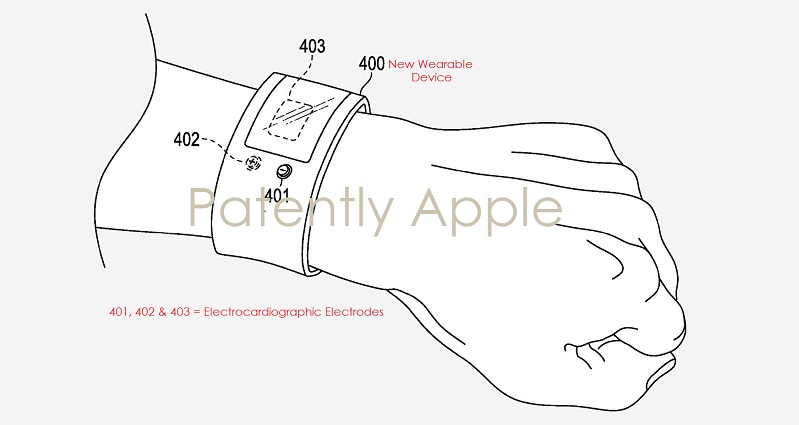 The U.S. Patent and Trademark Office officially published a series of 41 newly granted patents for Apple Inc. today. In this particular report we cover Apple's patent titled "Method of detecting the wearing limb of a wearable electronic device," which eventually transformed into the ECG feature incorporated into the Apple Watch Series 4 that launched on September 12, 2018.

Apple's patent FIG. 4 noted below illustrates an exemplary wearable device (now known as beginning with Apple Watch 4) capable of recording an electrocardiographic measurement. Wearable device #400 can be worn by a user on the wrist (as pictured) or the ankle/leg of the user, or any other part of the human body. 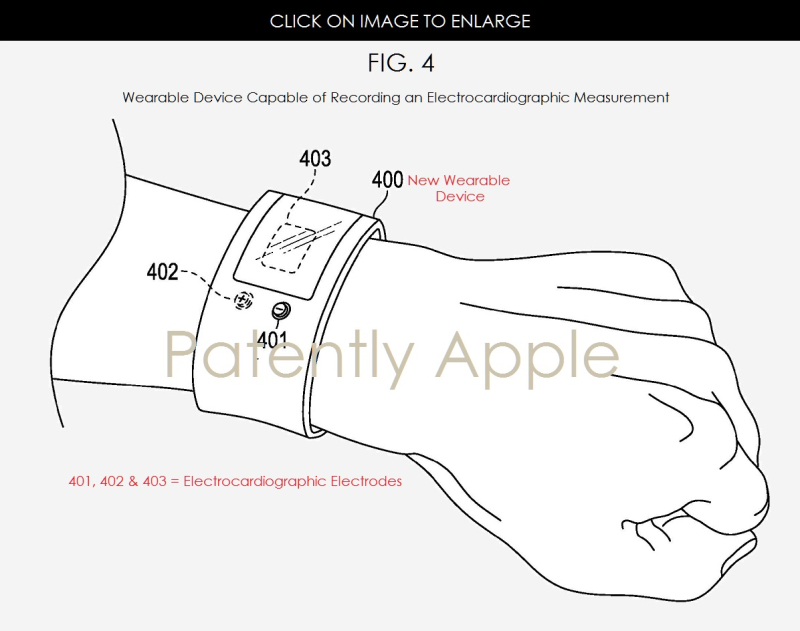 Apple's patent FIG. 6 noted below illustrates an exemplary placement of a wearable device (now known as Apple Watch 4) on the user and FIG. 9 illustrates another exemplary method for detecting lead inversion of an electrocardiographic measurement. 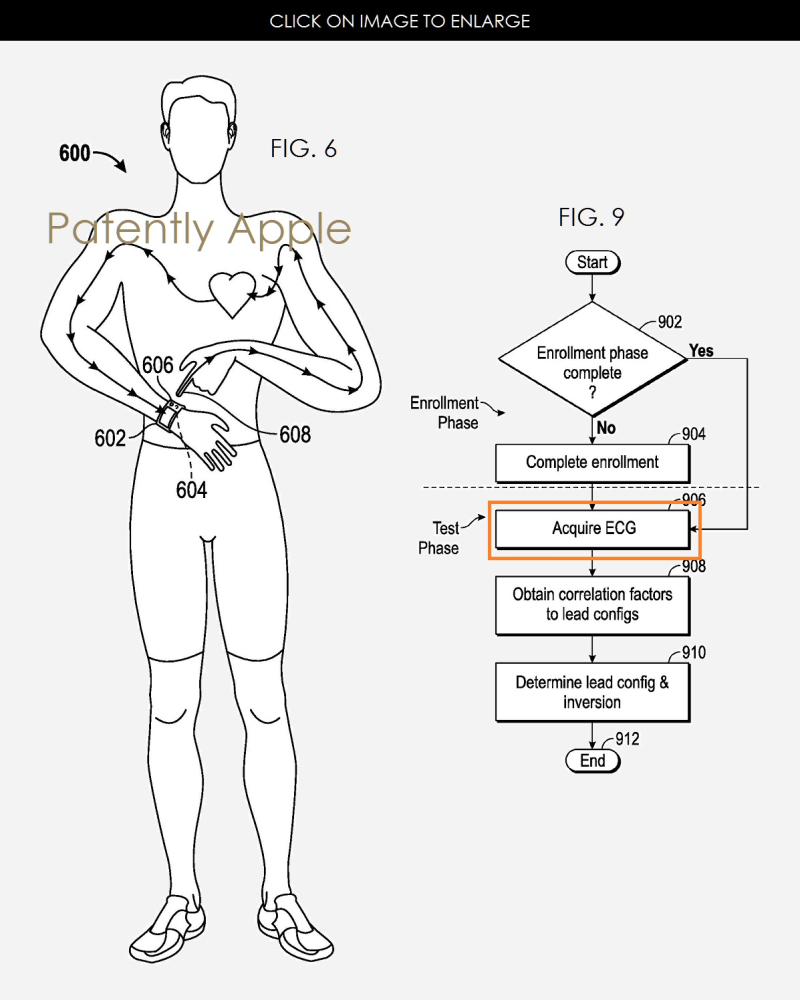 Patently Apple originally covered this invention as a patent application back in August 2016. You could review our original report for more details and patent figures here.

Apple's granted patent 10,531,808 published today by the US Patent and Trademark Office was originally filed in Q3 2018 and covered in our report linked to earlier in the report.