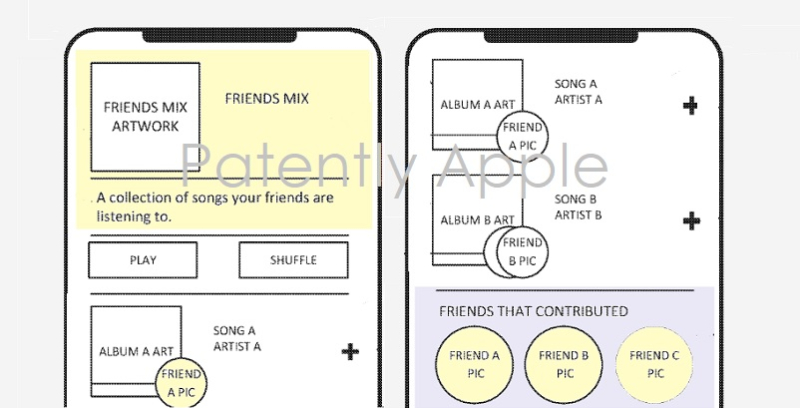 Today the US Patent & Trademark Office published a patent application from Apple that relates to generating personalized playlists from media items from a user's social media connections. Our cover graphic illustrates a "Friends Mix Artwork" image that is reflected in the Apple Music image below. Apple has already introduced this patent-pending invention for Apple Music. See Apple's Support page "See what friends are listening to in Apple Music," that describes the Apple Music service. For those that are interested, our report briefly covers the patent behind the Apple Music service. 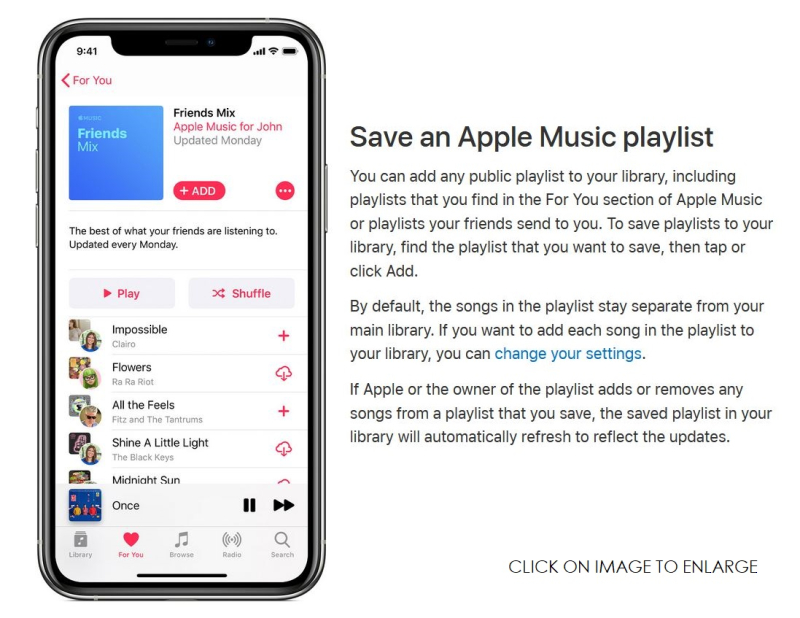 Apple notes in their patent filing that music is an important part of interpersonal relationships, and one of the best ways to learn music is through one's interpersonal relationships. Because of this fact, some technologies display songs that have recently been played back by members of a user's social network. However, such technologies give too much importance to the influence of the social network and many of the songs that are displayed are irrelevant to the user.

Apple's invention is designed to provide a customized playlist for a user that while influenced by a user account's social network, also take into account the user account's taste, by using songs or other media items from friend accounts with similar taste profiles. A user account for which a playlist is to be generated may be identified.

Apple's patent FIGS. 8A and 8B are example GUI's related to invention. The content browsing user interface of 8A may include a title and a Friends Mix artwork corresponding to the socially-driven customized playlist. 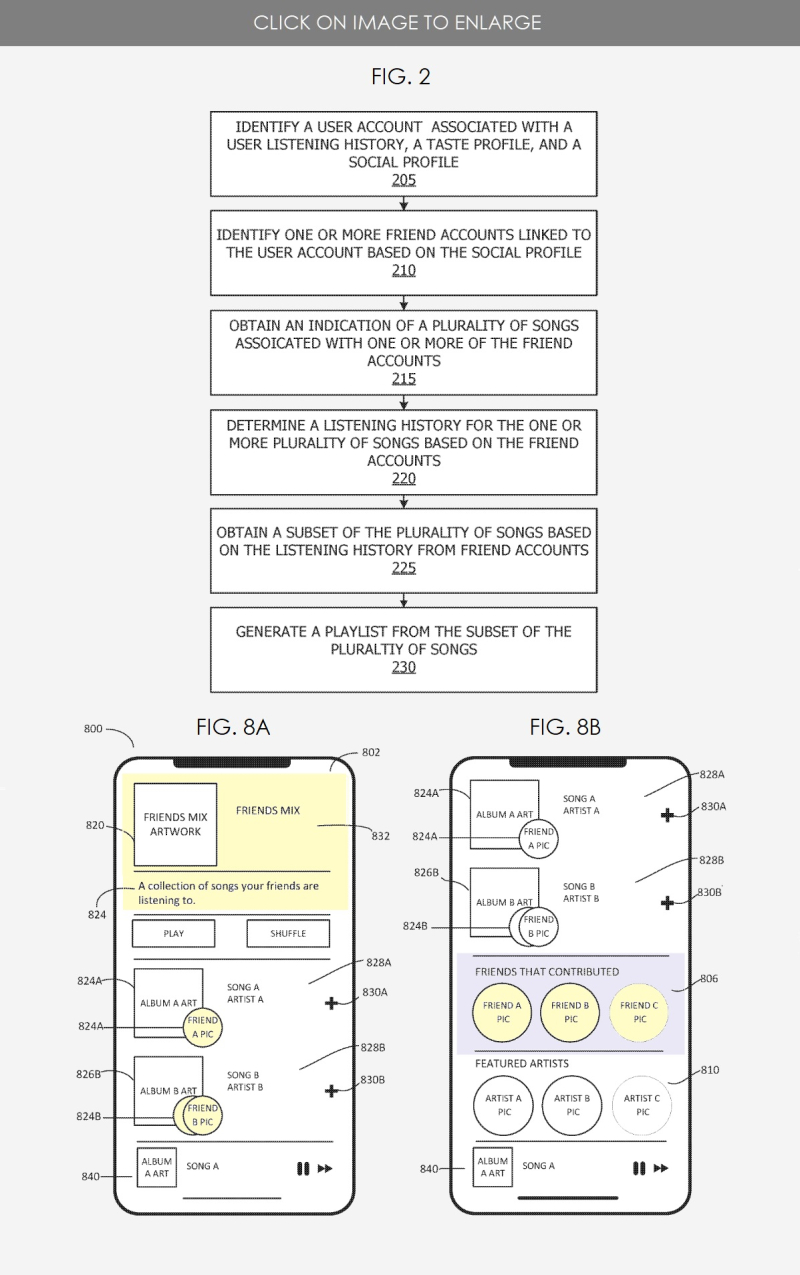 In the example of FIG. 8B above the content browsing user interface additionally includes a 'friends' ribbon, which depicts the graphical indication of friend accounts which contributed to the playlist.

Apple's patent FIG. 1 below is a simplified block diagram is depicted of a media service/music service (Apple Music) connected to a social media service and a client device, for example over a network. Client device #140 may be a multifunctional device, such as a mobile phone, tablet computer, personal digital assistant, portable music/video player, wearable device, or any other electronic device that includes a media playback system. 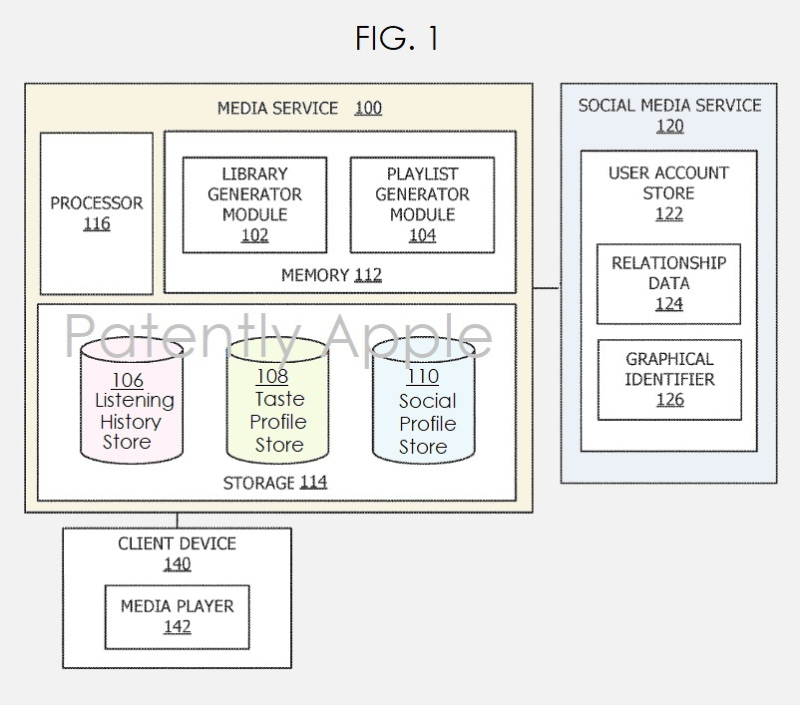