Home Archives Contact Us Subscribe Twitter Facebook Patently Mobile
At Present, Rumors of an iPhone Production Slowdown at a Foxconn plant due to the Coronavirus could be over Exaggerated
Apple Wins Second Patent for Future Hardware that will Include Environmental Sensors that could detect Dangerous Gasses

This could be a nice alternative to Apple's current soft Smart Keyboard Folio accessory with a solid keyboard and being able to use an iPhone as the trackpad. 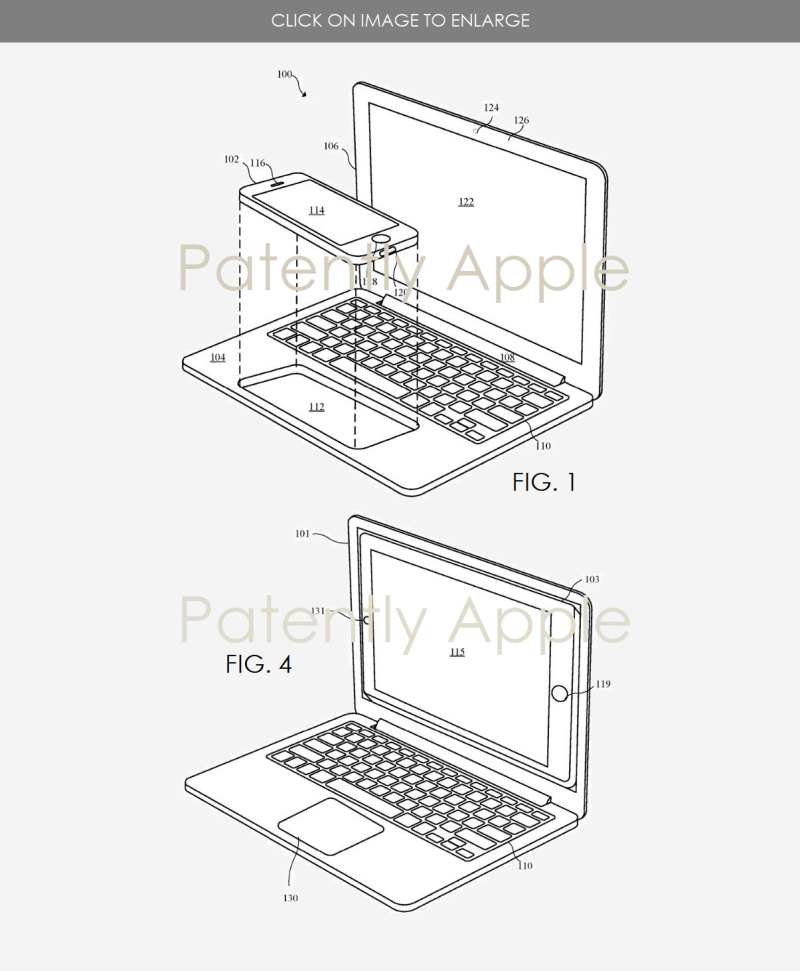 Additions to Apple's original granted patent takes place only in the emphasis it places in the patent claims from the previous granted patent. This time around Apple places emphasis on the MacBook-like accessory's driving devices (iPhone, iPad) as an "input device" wherein the input device is a "keyboard or a touchpad." The other additions relate to first and second orientations that differ from the first granted patent.

For those wanting to know exactly what changed line-by-line, you could compare the 2018 patent claims here with today's granted patent claims here. Veteran Apple designer Brett Degner is credited as the sole inventor.