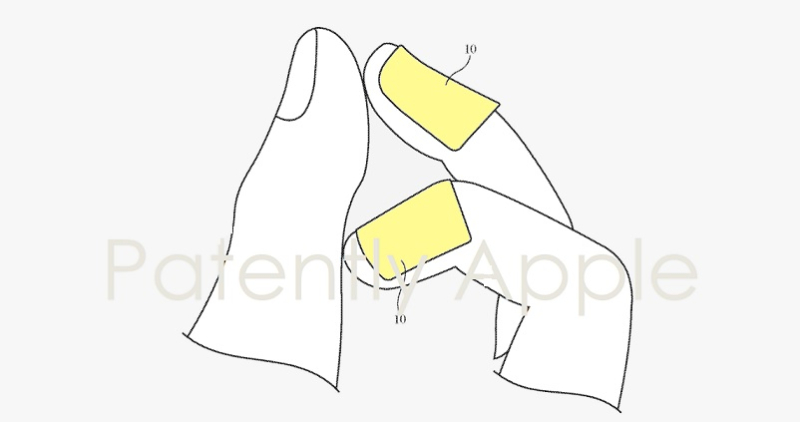 Patently Apple posted three patent reports in 2019 that introduced new Finger Devices designed to intimately work with a future Apple mixed reality headset, especially for VR content. The finger devices will provide users with haptics and the ability to feel objects in a VR environment interact with virtual or real objects in the user's view such as a HomePod, MacBook, TV or Home automation device like a thermostat and so forth. It could allow a user to adopt in-air gestures to make commands to the headset device. You could review these three patent reports here for background (01, 02 and 03). 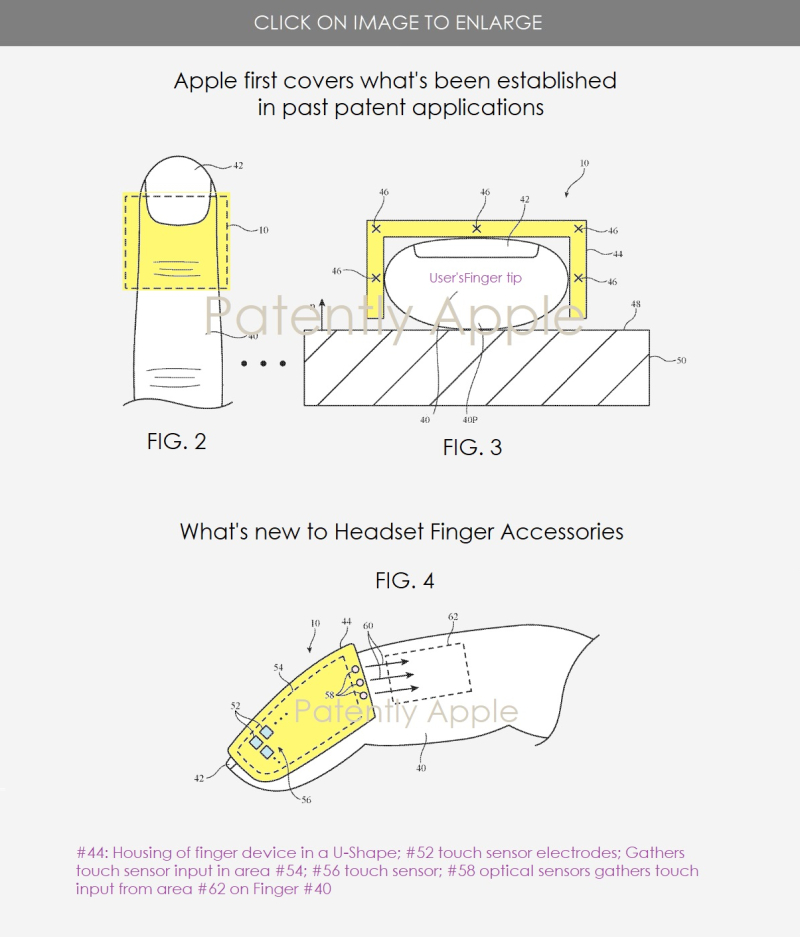 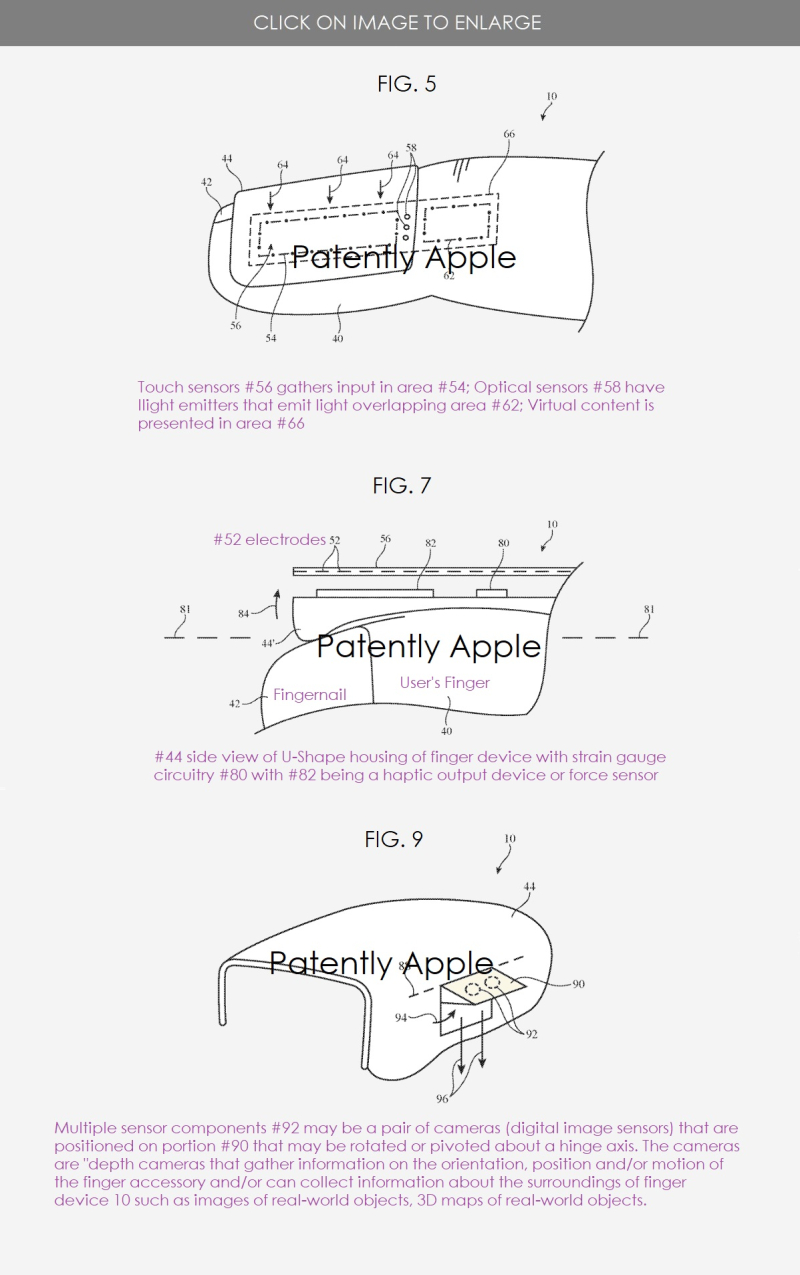 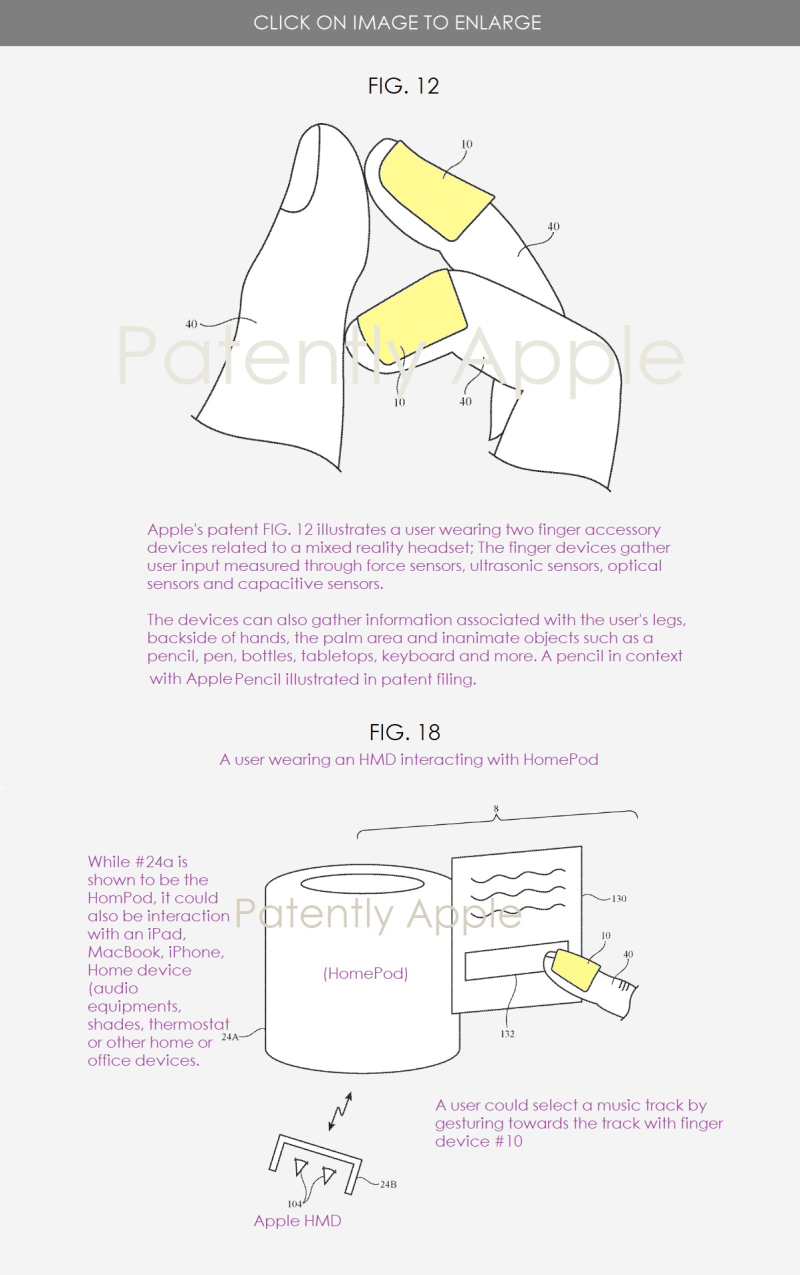