It's being reported from a number of sources that the newly-released Xiaomi Mi Watch, that looks like an Apple Watch in some ways, is now getting its first firmware update with major improvements and the one thing that sticks out is the iOS support. The firmware also launches alongside Xiaomi's Wear App for iOS. The update was sent out starting on Tuesday and will roll out through to Friday. The image below came from Weibo. 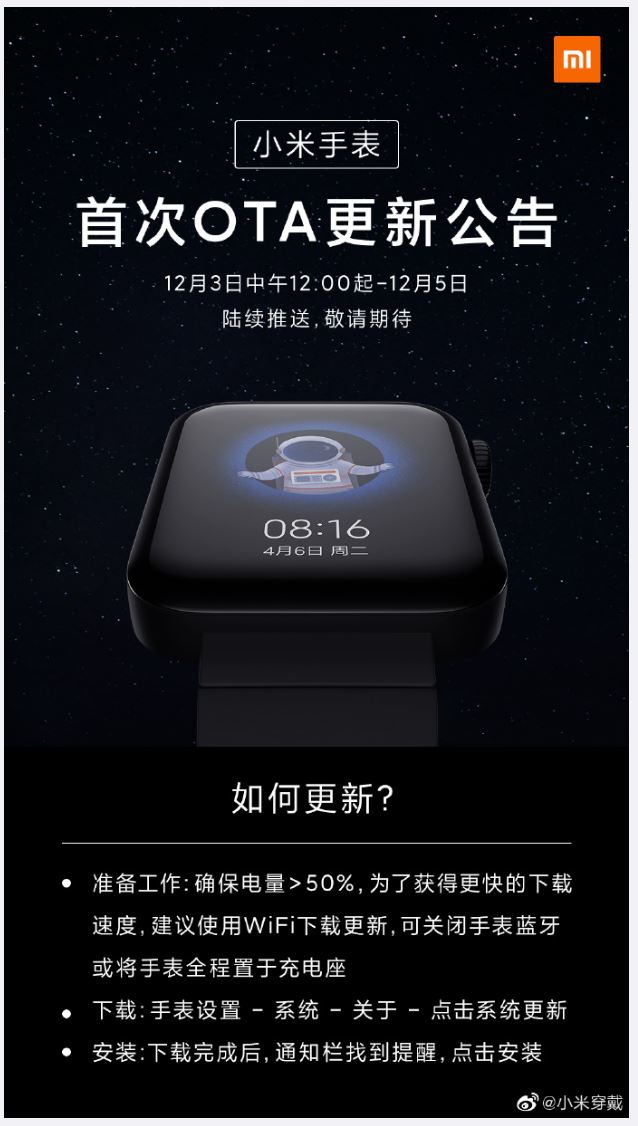 Many slammed the Xiaomi Mi Watch when it was announced. Here are just two reports worth noting: MacWorld's report stated: "You could say it’s inspired by Apple Watch, but that doesn’t really do it justice. It’s as close to a carbon copy as you’re going to get." 9to5Mac posted a report on it titled "Act surprised: the first Xiaomi smartwatch closely resembles the Apple Watch."

Xiaomi now wants to worm their way into China's Apple community in an effort to slowly win them over to other cheap Xiaomi products. The company isn't supporting iOS to be nice guys in case that's what you were thinking.

Though to be fair, wages are low in mainland China for many workers and Xiaomi's Mi watch starting at $185 may be able to win some Apple fans over. Then again, if Apple fans in China are able to afford an iPhone, I'm sure they'll want the real thing: Apple Watch.