In October Patently Apple reported that a note from TF Securities analyst Ming-Chi Kuo claimed that Apple was working with third-party suppliers on AR glasses and would be unveiled in the first half of 2020. A month later another rumor surfaced, this time from "The Information," claiming that smartglasses wouldn't surface in the market until 2022-2023. 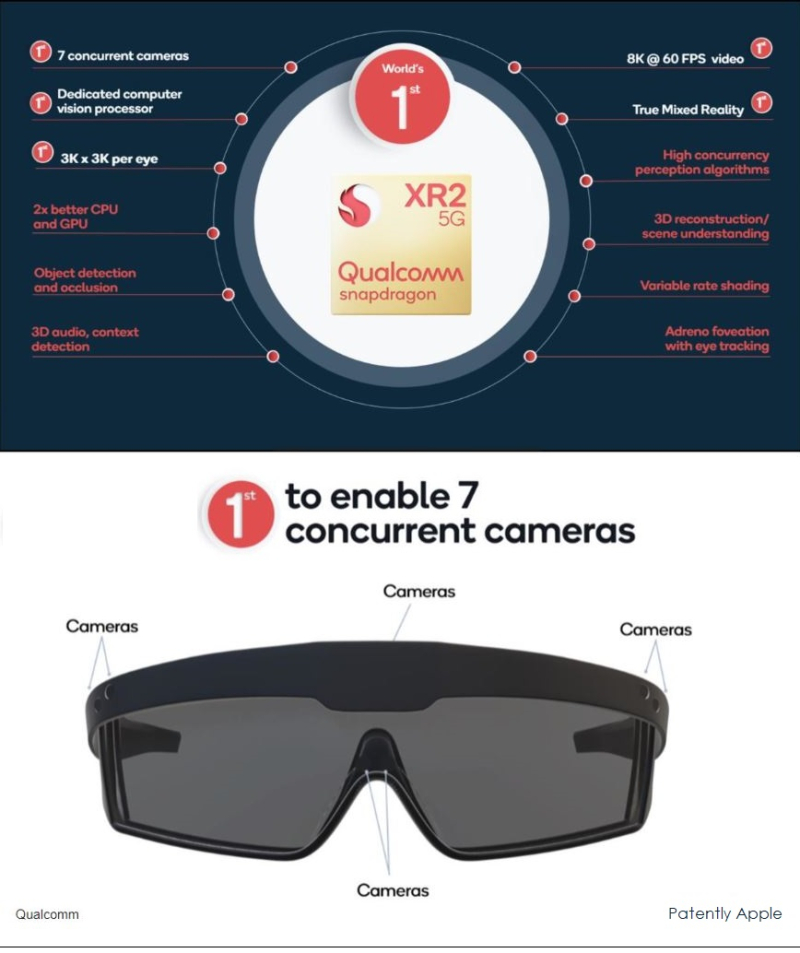 The hype emanating from Qualcomm's announcement that smartglasses would become a reality with Qualcomm smartphone vendors making a big push into this new market segment in 2020 and Epson's recently released smartglasses accessory for smartphones is likely what's behind the rumor. Adding Apple to any rumor is a sure fire way to draw attention to these next-gen wearables.

The rumor further speculates that Apple could likely use the new 5nm processor from TSMC to power their smartglasses.

Apple's engineering teams are exploring a number of high-end features for their smartglasses and future headsets with varying degrees of sophistication which may support the idea that Apple is planning a family of headset devices over time from a simple iPhone accessory to a full blown MR headset with the highest specifications using breakthrough technologies.