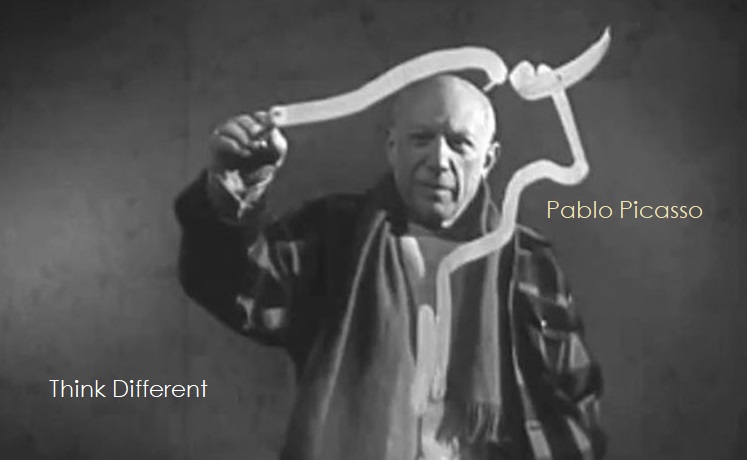 Today the US Patent & Trademark Office published a patent application from Apple that relates to future advanced haptics for Apple Pencil that will provide users with the sensation of writing or drawing on textures. This isn't the first Apple Pencil patent focused on delivering texture haptic feedback. In fact Apple's work on this project was first made public with a pair of patents in the summer of 2015.

The first patent report that we posted in late July 2015 was titled "Apple Invents an Incredible Stylus with Texture Sensing Capabilities, 3D Image Generation & More," which is similar in many ways to the one published today.

The second patent report was titled "Second Apple Stylus Invention Surfaces Regarding Haptics that could Simulate Texture." Apple's engineers had really gone all out this invention. One of the patent figures from that patent is presented below.

In Apple's patent FIG. 11 shown below we're able to see a haptic feedback device which may be, for example, a rumble pack #29 such as is known in the electronic gaming arts could be used in conjunction with a stylus to generate haptic feedback to a user. 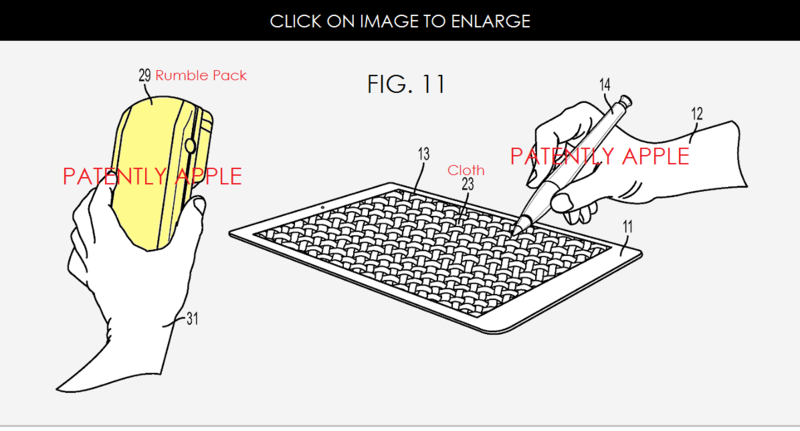 An image, such as texture image associated with cloth #23 is captured by the camera stylus. That captured image is displayed on the screen of a tablet. The stylus is held by the user in one hand while the rumble pack is simultaneously held in another hand.

Today's patent application isn't as exotic as what we covered back in 2015 but does envision an improved Apple Pencil with advancements that will allow users to experience advanced haptics that will finally provide users with the ability to feel texture in sync with graphics on the display of an iPad for instance.

Apple's patent FIG. 3 below illustrates a block diagram of Apple Pencil, with patent FIG. 5 illustrating a partial sectional view of the stylus with new components and systems. 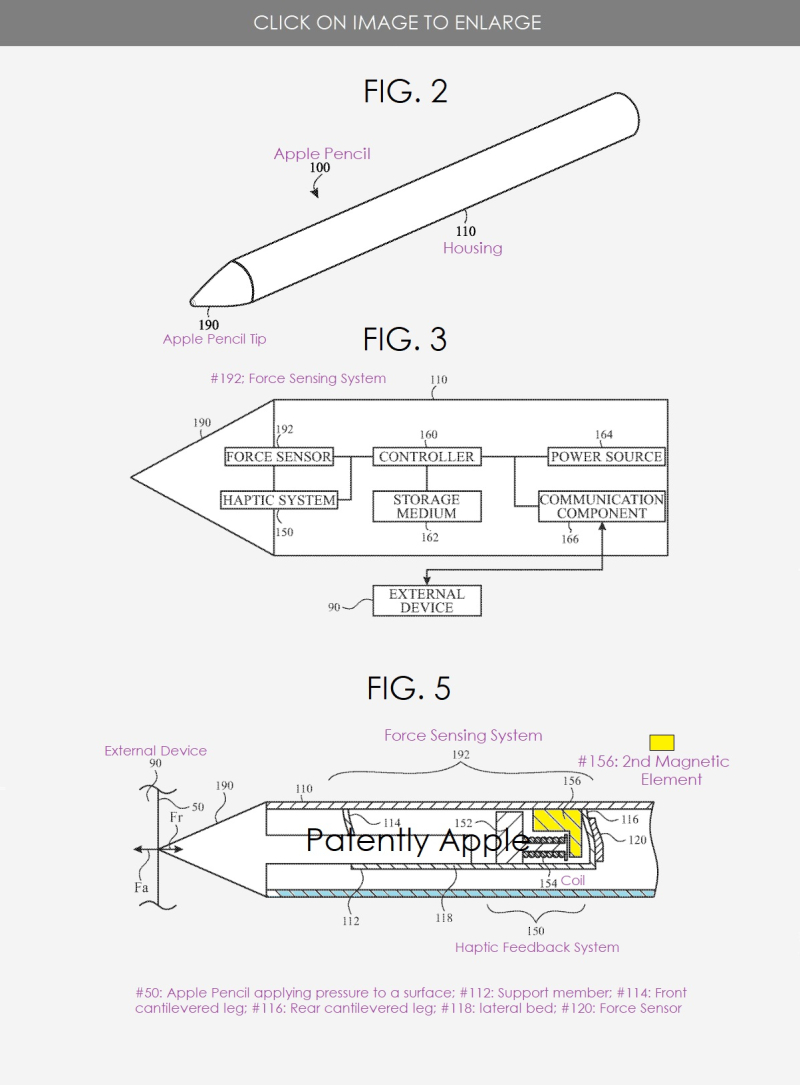 Apple's reference to texture feedback for Apple Pencil stems from their Haptics feedback system detailed below.

Cutting to the chase, the heart of the patent is its haptic feedback system #150 of FIG. 5 above. It's able to provide haptic feedback to a user by moving the Apple Pencil tip #190 relative to the housing #110.

The parameters of the haptic feedback can be selected based on the texture that is desired to be simulated. For example, different types of surfaces (like paper, a canvas, etc.) can be simulated differently based on preprogrammed and user-selectable profiles.

Apple's patent filing also looks to other future features for Apple Pencil beyond feedback for textures.

Apple notes that other future components could include, without limitations, adding sensors to detect environmental conditions and/or other aspects of the operating environment of Apple Pencil such an ambient light sensor, proximity sensor, temperature sensor, barometric pressure sensor, moisture sensor, motion sensor (such as an accelerometer, a gyroscope, a global positioning sensor), a tilt sensor, and so on.

Apple Pencil will be able to estimate, quantify, or estimate a property of an object nearby or otherwise external to the pencil with a utility sensor such as magnetic field sensors, electric field sensors, color meters, acoustic impedance sensors, pH level sensor, material detection sensor, and so on.

It's also possible, according to the patent filing that Apple Pencil will include additional hardware features such as a micro speaker, a microphone, an on/off button, a mute button, a biometric sensor, a camera, a force and/or touch sensitive trackpad, and so on. And where's the portable missile launcher feature?

Apple's patent application 20190384402 that was published today by the U.S. Patent Office was filed back in Q2 2018. Considering that this is a patent application, the timing of such a product to market is unknown at this time.