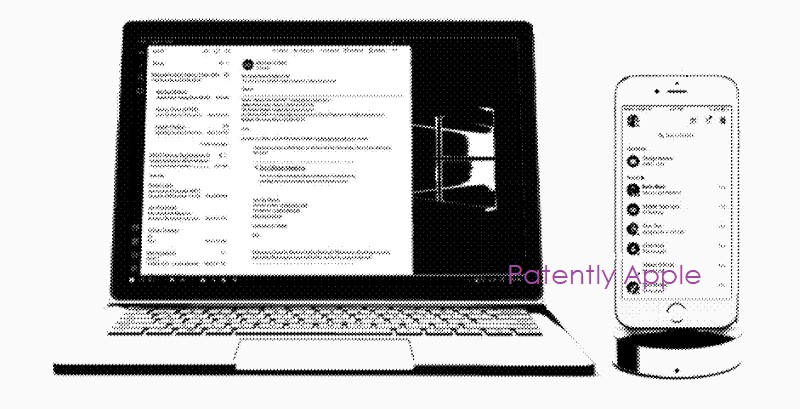 Last week the U.S. Patent Office published a patent application from Microsoft illustrating a docking station for an iPhone that is designed to be a conference call system with a large speaker behind the dock. The patent points to using a USB connector in one application and a "Lightning" connector in another which is a proprietary bus and power connector created by Apple. All images of a smartphone are restricted to the iPhone.

Microsoft goes to great lengths to say that setting up a Skype call can be complicated and that this new accessory will be able to simplify live conferencing. The accessory could provide users with an indication light that an event or incoming call or a live meeting is being initiated and all of the complications are handled in the background away from users.

The peripheral can be activated, optionally in response to such an indication, either by a simple gesture such as touching, clicking or waving, or by voice or audio command. When the control is activated, it causes a signal or message to be sent to a particular application running on the user terminal which then responds by executing a contextual application function or series of functions.

Microsoft's patent FIG. 1 below is a schematic block diagram of a communication system. The communication client may be arranged to conduct a call or meeting using a proprietary internet telephony protocol, such as the Skype protocol, or Microsoft Notification Protocol; FIG. 2 shows an example design of a docking station using a lightning connector (mistakenly spelled 'Lightening' in Microsoft's filing) to work with an iPhone; Microsoft's patent FIG. 5 shows a user pressing a button of a docking station to answer an incoming call. 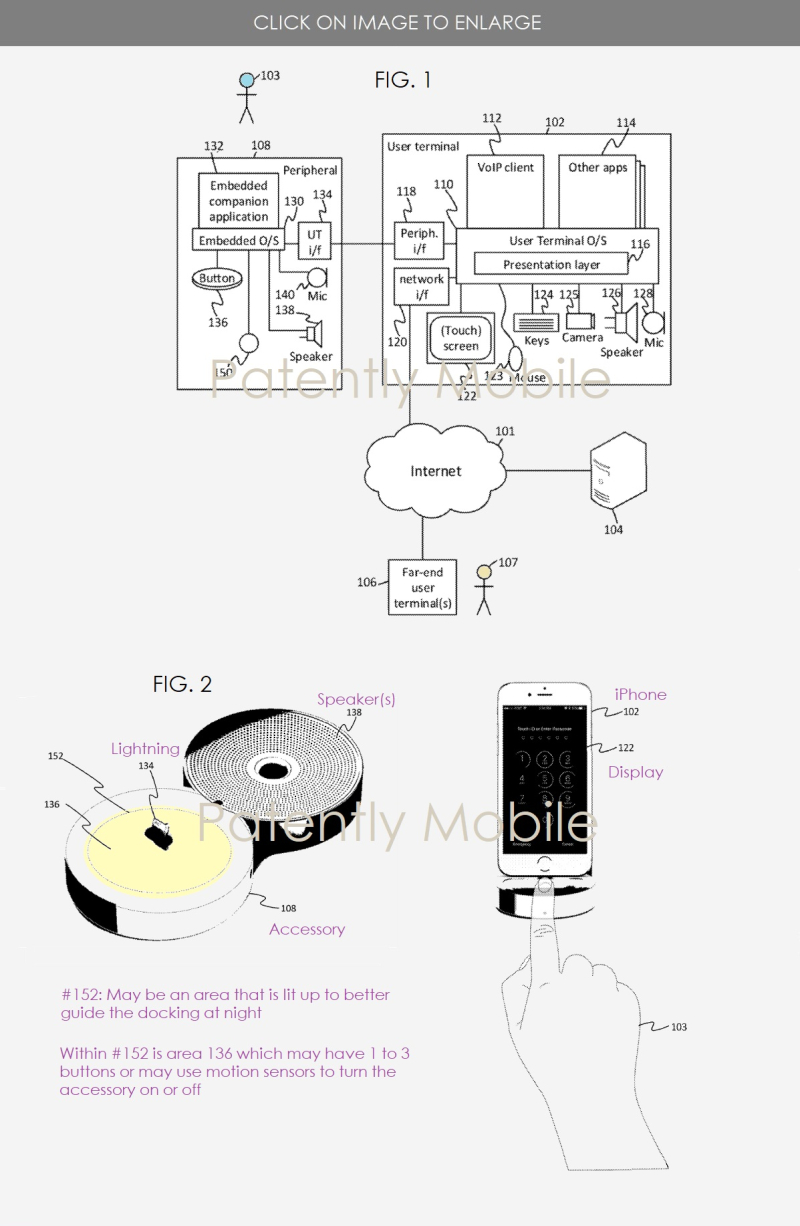 Microsoft notes that the system may be set to turn on or perform activities via voice recognition (Siri) and could be set to react to motions such clapping hands, clicking fingers or whistling.

The accessory could also light up or show a halo light when the iPhone is docked properly and active.

There are a number of other features you could explore in Microsoft's patent 20190394323 that was first discovered by Patently Apple. The patent published on December 26, 2019 was originally filed in July 2019. Considering it's a patent application, the timing of such a product to market is unknown at this time.

Our cover graphic is Microsoft's patent FIG. 8 showing an example of a docking station with an iPhone connected to a laptop