In Q3 Apple's iPad Shipments and Market Share grew in the market covering Europe, the Middle East and Africa (EMEA) 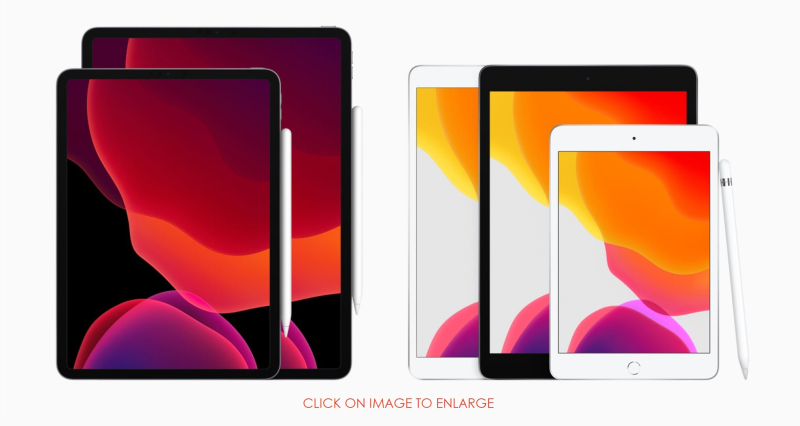 In a new analytical report published late yesterday, IDC's research analyst for Western Europe Personal Computing Devices Helena Ferreira commented on Q3 tablet shipments in the Europe, the Middle East and Africa (EMEA) market: "In a quarter usually marked by seasonality, where there is a balance between the top two companies, Apple maintained and consolidated its market leadership."

Ferreira added that "The growing market saturation is driving consolidation, as the top five companies become increasingly dominant, and in developed economies, like in Western Europe, the top five represented more than three-quarters of the market."

The report further noted that Apple retained the market leadership in EMEA, ahead of its product refresh cycle and grew 3.4% as noted in the chart below. 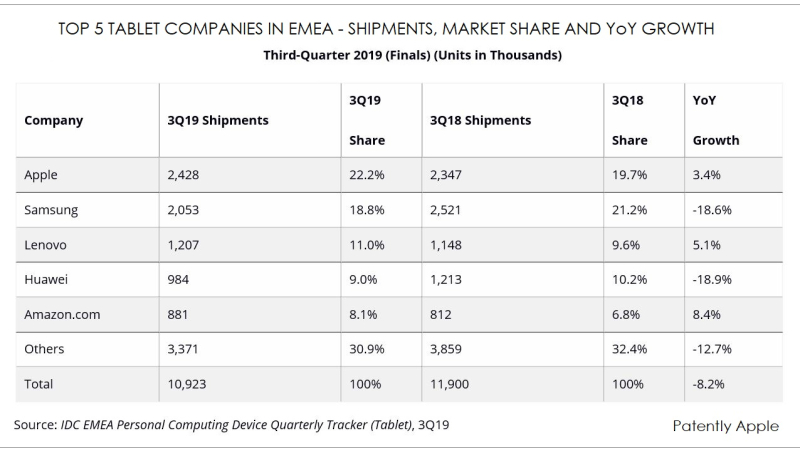 Samsung, Apple's closest competitor in the region, posted a huge double-digit decline or -18%. Lenovo overtook Huawei in the quarter that continues to suffer from the impact of the ban certain Google software.

IDC notes that the "EMEA tablet market is forecast to decline by 10.2% YoY in both 4Q and for overall 2019," with Apple bucking the trend.

Daniel Goncalves, senior research analyst, IDC Western Europe Personal Computing Devices noted in the report that "Despite the decline in total units shipped, the tier A vendors will sustain market value, particularly through the most recent iterations of iPad and Surface."

That's an oddity for IDC to reference the Surface tablet, when Microsoft didn't even make the top tablet companies list. How are they even in the same sentence with Apple?  IDC's byline is offbeat: "Surface and iPad Refreshes Will Keep Tablets Alive."

It's either an in-your-face bias on IDC's part or Microsoft is paying for a cleverly placed ad within what is supposed to be an analytical report.

Goncalves continued to pump Microsoft's Surface tablets by stating that "the adoption of Surface Pro as a notebook replacement is expected to continue to thrive and to increasingly drive horizontal deployments in enterprise."

In my view, until Microsoft makes it to the big league and lands on IDC's top five chart, referencing Microsoft more than those on the chart like Amazon is inappropriate.